Dr. Bruce W. Dearstyne is a historian in Albany, New York. His latest book is "The Spirit of New York: Defining Events in the Empire State's History" 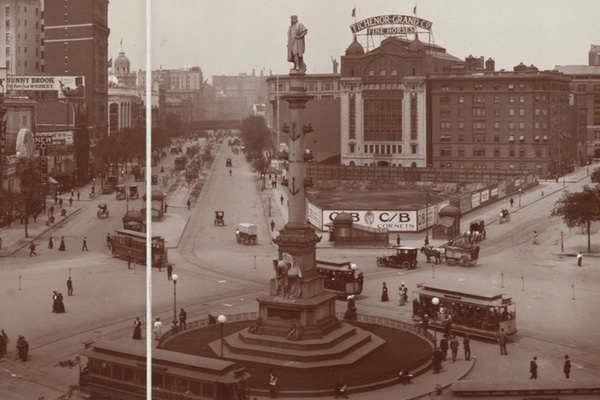 Last fall, during the debate over public history monuments that was intensified by the violence at Charlottesville and other events, New York City mayor Bill DeBlasio appointed a Mayoral"The Spirit of New York: Defining Events in the Empire State's History" Advisory Commission on City Art, Monuments and Markers to advise the city in this area. The commission held five public hearings attended by over 500 people and received more than 3,000 comments via an online survey.

Its 42-page report was issued on January 12. It is well worth reading by historians and others interested in this topic. 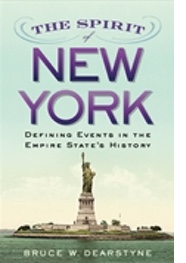 The report has only a few recommendations for specific statues. Probably the highest-visibility suggestion is to keep the well-known Christopher Columbus statue in Columbus Circle. Proponents had emphasized his role as explorer; critics had pointed to his harsh treatment of native peoples. The report suggests keeping the statue in place but with "additive measures undertaken to continue the public discourse." It urges the city to "commission new monuments across the city within a five-year timeline for groups of people that have been left out, displaced, or erased from public histories and public spaces, beginning with a large-scale monument to Indigenous peoples..." and take other steps to continue the discussion.

The report's recommendations are non-binding. It is now up to the Mayor and city government to determine what to do.

The report has some very good comments on the role of public monuments in shaping people's understanding of history.

It notes that "public dialogue, opportunities for engagement, and debate about history are essential for democracy and should be nurtured."

It also tries to move the discussion along by reminding readers that "while this report contemplates confronting or removing monuments ... sometimes the best option will be to add new works of public art or new educational opportunities ... the City must ... be proactive in adding representation of overlooked histories to its collection and its storytelling. The City must create initiatives—in and out of public space—for ongoing, participatory education, inclusive of our collective narratives."

The report says it is only a beginning and recommends a comprehensive survey of current city monuments, markers, and art and a broad continuing discussion of what new things are needed.

Perhaps its most useful section is a set of five principles that the commission used in reaching its conclusion and recommendations:

● Historical understanding respect for and commitment to in-depth and nuanced histories, acknowledging multiple perspectives, including histories that previously have not been privileged.

● Inclusion creating conditions for all New Yorkers to feel welcome in New York City’s public spaces and to have a voice in the public processes by which monuments and markers are included in such spaces.

● Complexity acknowledging layered and evolving narratives represented in New York City’s public spaces, with preference for additive, relational, and intersectional approaches over subtractive ones. Monuments and markers have multiple meanings that are difficult to unravel, and it is often impossible to agree on a single meaning.

● Justice recognizing the erasure embedded in the City's collection of monuments and markers; addressing histories of dispossession, enslavement, and discrimination not adequately represented in the current public landscape; and actualizing equity.

Mayor DeBlasio, receiving the report, said that the city’s approach “will focus on adding detail and nuance to — instead of removing entirely — the representations of these histories. And we’ll be taking a hard look at who has been left out and seeing where we can add new work to ensure our public spaces reflect the diversity and values of our great city.” That seems like a reasonable approach. It will be worth watching to see how it plays out in the nation's most historically complex city.