The Founders Worried too, About Foreign Meddling in Our Elections

Jeanne Abrams is a professor at the University Libraries at the University of Denver and author of the book, First Ladies of the Republic: Martha Washington, Abigail Adams, and Dolley Madison and the Creation of an Iconic American Role(New York University Press, 2018). 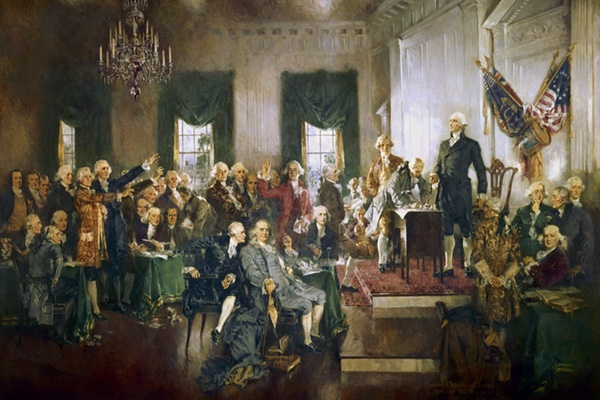 In December of 1787, leading American statesmen Thomas Jefferson and John Adams were both stationed in Europe on behalf of their fledgling country. Adams had been named the first U.S. minister to Great Britain in February, 1785 and Thomas Jefferson served as minister to France from 1785 to 1789. Comrades during the Revolutionary War, during their time in Europe, the two men were still good friends, although when they later returned to the United States their relationship fractured over radically different political outlooks. But when the Adamses left France after a residence of only eight months for another three years in England, John’s wife, future First Lady Abigail Adams, called Jefferson “one of the choicest ones of the earth.” 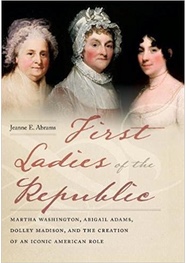 In 1787, the new United States Constitution was being debated in Philadelphia, and both Jefferson and Adams followed developments closely from afar. In an oft- quoted letter written by Adams to Jefferson on December 6, 1787, Adams referred to the “Project of the new Constitution,” and the various objections both men had to the evolving document. Adams famously declared “You are afraid of the one – I, of the few.” Jefferson detested the institution of monarchy and was concerned that the installation of a powerful executive would overturn the principles of the American Revolution and create a quasi-monarchy. Adams, on the other hand, feared the creation of an elite aristocracy in the form of senators. Because of his concern about such a possible oligarchy, Adams therefore maintained “I would have given more power to the President and less to the Senate,” and he advocated for a strong executive.

What is more surprising, and for the most part overlooked, about Adams’s letter is his discussion of the potential danger of foreign meddling in American elections, a subject that is especially timely today. “You are apprehensive of foreign Interference, Intrigue, and Influence,” Adams wrote. “So am I, - But, as often as Elections happen, the danger of foreign Influence recurs.” To counteract that danger, Adams maintained that the less frequently elections occurred, “the danger of foreign influence will be less.” Of course, Adams’s view did not prevail and regular elections and the peaceful transfer of power are still regarded as hallmarks of American democracy.

Once the two men returned in the early national period, radical divisions developed in the United States between the two nascent political parties, the Federalists headed by George Washington and John Adams, and the Republicans led by Thomas Jefferson and James Madison. Old alliances were fractured, and the subject of the French Revolution became a pivotal flashpoint. The French Revolution had left a memory of radicalism and bloody terror in the minds of many Americans, heightening disagreements between political factions. Jefferson viewed the event in a largely benign manner as a step toward ousting monarchy and bringing progressive republican ideals of freedom and liberty to the oppressed common people. John and Abigail Adams, on the other hand, were appalled at the violence and chaos that the French Revolution had unleashed, which they viewed as the excesses of unfettered democracy. Later as First Lady, in 1798 Abigail confided to her sister about her fear of French subversion and the specter of French revolutionary “Jacobins,” supported by Jefferson, infiltrating American politics and government. The early camaraderie of the Washingtons and Jefferson also dissolved over political disagreements. A few years after George Washington’s death, the first First Lady, Martha Washington, had come to regard Jefferson’s election to the presidency in 1800 as a tragedy. She told a visitor to Mt. Vernon that “the election of Mr. Jefferson, whom she considered one of the most detestable of mankind, as the greatest misfortune our country has ever experienced.” Certainly not a very tactful way to publicly describe the leader of the country.

The deep schism between the Federalists and Republicans and fear of foreign meddling in elections in the early United States goes back to the dawn of the American republic and make today’s political divisions pale by comparison. Indeed, politics were every bit as divisive and fractious then as they are now. America’s first presidents and even their First Ladies all vocally entered the fray. We should take comfort in the fact that despite that rancorous rhetoric and division, the country survived and thrived. America’s founders exhibited all too human flaws, but they were united by principled convictions and a sincere underlying devotion to the public good. We can only hope a contemporary cadre of American leaders will rise to the occasion and demonstrate a similar measure of dedication.