Children Are At Risk. Why Aren’t We Doing More?

by Molly Ladd-Taylor and Kriste Lindenmeyer

Molly Ladd-Taylor, professor of history at York University in Toronto, is the author of Fixing the Poor: Eugenic Sterilization and Child Welfare in the Twentieth Century. Kriste Lindenmeyer is Dean of Arts and Sciences and Professor of History at Rutgers University—Camden. 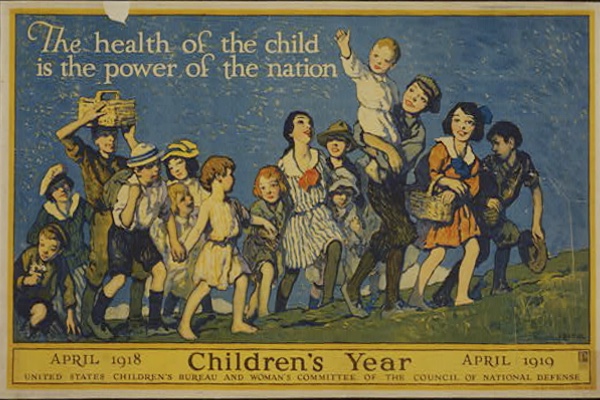 One hundred years ago this month, President Woodrow Wilson launched Children’s Year, a federal initiative to improve children’s health and welfare. At a time when public attention was focused on World War I, President Wilson called on Americans to do all they could to “protect the children of this nation as a patriotic duty.”

Today, children are at risk because of a logjam of partisan politics. It’s time for a second Children’s Year. 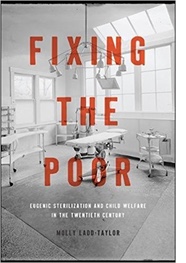 In the last century, both Democrats and Republicans supported a federal role in advancing children’s welfare. Seven presidents, beginning with the Republican Theodore Roosevelt, have hosted White House conferences on children and youth. President William Howard Taft, a Republican, established a federal Children’s Bureau. President Wilson, a Democrat, proclaimed 1918 as Children’s Year and declared: "Next to the duty of doing everything possible for the soldiers at the front, there could be, it seems to me, no more patriotic duty than that of protecting the children.”

President Donald Trump should follow these examples by declaring a new Children’s Year in 2018.

In 1918, as today, children were in crisis. One out of ten babies—and one out of five African Americans—died before their first birthday. More than a million youngsters under fifteen worked for wages. The Children’s Year slogan, “The health of the child is the power of the nation,” confronted these high death rates and inequalities.

The federal government’s Children’s Year campaign raised Americans’ expectations for children’s health and access to education. Eleven million female volunteers worked alongside doctors and nurses to provide free health examinations for infants and toddlers, distribute advice on nutrition and prenatal care, and keep children in school and out of the workforce. The goal was to reduce infant mortality by one-third and develop national child welfare standards.

Children’s Year also led to the nation’s first federal welfare measure, the Sheppard-Towner Maternity and Infancy Protection Act of 1921, which provided federal matching funds to states for instruction in maternal and child hygiene. Sheppard-Towner programs were based on the principle that maternal and child health care should not be the privilege of a fortunate few, but a universal right, “provided as the public schools are provided, to be used by all with dignity and self-respect.”

The Sheppard-Towner Act received enthusiastic support from ordinary mothers, but it also generated fierce opposition from conservatives who saw it as “state medicine” and a socialistic attack on the family. They secured a prohibition on direct health care and a five-year limit on appropriations. Yet by the time Congress ended the program in 1929, Sheppard-Towner workers and volunteers had distributed more than twenty-two million pieces of literature, visited three million homes, and brought prenatal and well-baby clinics to rural areas for the first time. Infant deaths from gastrointestinal infections, most easily prevented by education, declined by 47 percent. A Georgia woman wrote, “We are so glad the day has come when we have someone to care for our babies when they get sick.”

Despite Sheppard-Towner’s repeal, proposals for a permanent government role in protecting children gained momentum. In 1935, the Social Security Act established federal grants to the states to promote the healthof mothers and children, especially in economically depressed rural areas. In 1938, the Fair Labor Standards Act eliminated most wage labor for children under fourteen. Medicaid, enacted in 1965, extended health coverage to poor people on welfare, most of whom were children and teens. In 1997, the Children’s Health Insurance Program extended health insurance to children whose families did not qualify for Medicaid. The Affordable Care Act extended universal health coverage to almost all young Americans in 2010. All of these children’s health measures, except the last, passed with bipartisan support.

These federally-funded programs have had an impact.The Centers for Disease Control and Preventionreportedthat in 2015 six out of every thousand babies died before their first birthday. In 1915, ninety-six died. Still, racial, ethnic, and regional disparities remain. In Paul Ryan’s home state of Wisconsin, 14.28 black infants died for every 1,000 live births, compared to 4.71 deaths for non-Hispanic whites. The variation in state benefits, and the uncertain future of Medicaid expansion, food stamps, and the Affordable Care Act, are worrisome.

The horrific school shootings in Florida and elsewhere reveal the urgent need for federal action to protect America’s children and teens. Most of the students at Parkland’s Marjory Stoneman Douglas High School are too young to vote, but with stunning bravery and eloquence they are making their voices heard. They are calling on politicans to work together in bipartisan fashion to save children’s lives.

On this hundredth anniversary of Children’s Year, Americans would do well to remember that federal polices to aid children and teens have a long history of bipartisan support. We call on Democrats and Republicans to come together and demand a second Children’s Year. As history shows, policies focused on children can save lives, break partisan logjams, and strengthen the future for all Americans.