Mike Pence Is No Jerry Ford 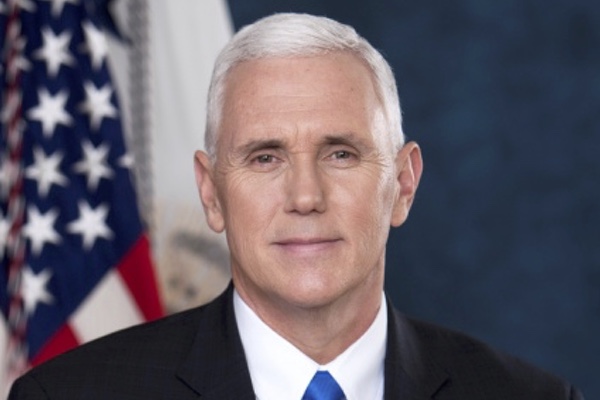 The 48th Vice President of the United States, Mike Pence, has been a miserable disappointment in so many ways. He is certainly no Gerald Ford, who faced a similar situation as the Vice President during the last eight months of the Watergate Scandal under Richard Nixon from December 1973 to August 1974.

Ford had the advantage that he was not Vice President when the investigation of the Nixon scandals commenced, while Pence has been present in all the events from the Republican National Convention, where he was nominated, through the election campaign, during the transition from the day after Election Day to the inauguration of Donald Trump, and through all of the events in the past sixteen months.

Mike Pence is fully aware of much of the morass that is the Trump Presidency: He was directly involved in the events leading up to the firing of the first National Security Adviser, Michael Flynn. He defended the firing of FBI Director James Comey. Assuming he reads the newspapers, he knows about the revelations unearthed by the Mueller investigation and the allegations leveled against Michael Cohen, Trump’s personal attorney.

Through it all, Pence has been a cheerleader for the President, with that serious and stern look on his face as he stands behind the President in every photograph and video at any public event or statement. He has been extremely loyal to the President by every measure imaginable, and his demeanor is one of obsequiousness. He has been unwilling, as far as we can know, to challenge Trump openly on any matter.

Then, just this past week he demanded that the Mueller investigation should end. This is uncalled for. Gerald Ford never intervened in any way to obstruct or interfere with the investigation of Richard Nixon. Also, Pence’s defense and endorsement of former Phoenix Sheriff Joe Arpaio, who was given a pardon by Donald Trump, is highly unseemly as Arpaio was clearly an abuser of the law in his years in that position, particularly victimizing Latinos.

At the same time, Mike Pence has his own agenda, with his history of being extremely anti-gay rights, anti-women’s rights, and his defense of the tobacco industry. He is beloved by the Religious Right, and follows them in lockstep. A born again Christian who converted from Catholicism, he takes the extreme view that it’s improper for him to eat a meal with any woman not his wife unless there are others present. (He calls his wife, Karen Pence, who is also extremely devout, by the appellation “Mother.”)

A “principled Christian, conservative, and a Republican in that order,” he was a founding member of the Tea Party Movement in 2009, while being Chairman of the House Republican Conference from 2009-2011. His extreme religious orientation conflicts with a President who has no true religious convictions except his own aggrandizement and glory. But Pence has no qualms about defending Trump, who of course has been accused of numerous violations of the moral codes Pence professes to uphold.

Pence’s background: He started out as a Democrat who supported Jimmy Carter over Ronald Reagan in 1980. He has stated that he was influenced in his earlier life by the leadership of the first and only Catholic President, John F. Kennedy, as well as the civil rights leadership model of the Reverend Dr. Martin Luther King, Jr. In the 1980s he switched parties, became a dedicated born again Christian (to his mother’s astonishment), and emerged as a rightwing radio talk show host (1988-1999). Pence described himself as a “Rush Limbaugh on decaf.”

In Congress from 2001-2013, Pence worked against the George W. Bush initiatives on “No Child Left Behind” and the Medicare Prescription Drug program, and challenged Ohio Congressman John Boehner for House Minority Leader at the end of 2006. The Values Voters Summit in 2010 promoted him for President, and he was considered a possible nominee earlier in 2008 and later in 2012, but chose not to run. In his time in Congress, Pence introduced 90 bills; none passed into law. In 2012, after a dozen years in the House of Representatives, he ran for Governor of Indiana and won. In his highly controversial one term he alienated voters. Polls indicated he was likely going to face defeat in his reelection campaign in 2016. But then Donald Trump selected him to be his vice president.

As governor Pence opposed labor rights and teachers unions, and worked for charter schools over public schools. He also worked against renewable energy standards, supported the National Rifle Association, and while expanding Medicaid placed requirements on recipients. He tried to defund Planned Parenthood and worked to restrict abortion rights. His most controversial move was to support the Religious Freedom Restoration Act in 2015, which limited the rights of gay people. Many businesses and organizations opposed the measure, which he eventually was forced to modify. The embarrassing imbroglio made him very unpopular as he faced reelection. So being chosen for Vice President likely saved his public career.

Pence has totally backed every initiative of Donald Trump in office, therefore being connected to his record of racism, nativism, misogyny, homophobia, and Islamophobia, as well as his denial of climate change, and his opposition to free trade and hostility to our traditional allies. He has stood by silently as Trump cozied up to dictators like Vladimir Putin. He has demonstrated, sadly, that he has no compassion, empathy, or common concern for those less fortunate. He is already considered the most conservative Vice President since Spiro Agnew, and it is hard to separate him from the views and actions of his boss. His public persona is one of sternness and stiffness and no conscience.

Comparing him to Gerald Ford, who avoided any open support of his boss, Richard Nixon, and Ford’s public 25 year record of moderate conservatism in the House of Representatives, including his nearly nine years as House Minority Leader, leads to the clear cut conclusion that Mike Pence is no Gerald Ford, and if he became President, he would be the most conservative Republican President since Benjamin Harrison, a fellow Indianan, who served in the Presidency from 1889-1893. Even Calvin Coolidge and Ronald Reagan were not as rightwing as Pence.

A Mike Pence America would be less dramatic and less publicity oriented than Donald Trump’s, but would mark a return in many ways to the Gilded Age of the late 19th century, and to the concept of Social Darwinism. Wealthy and white male Americans would benefit, while the middle and lower classes, women, people of color, and those not straight or religiously devout would suffer massively.