David Lee McMullen is on the history faculty of the University North Carolina Charlotte.  He is the author of Strike! The Radical Insurrections of Ellen Dawson, and is currently working on a collection of essays dealing with Florida during the mid-20th century. 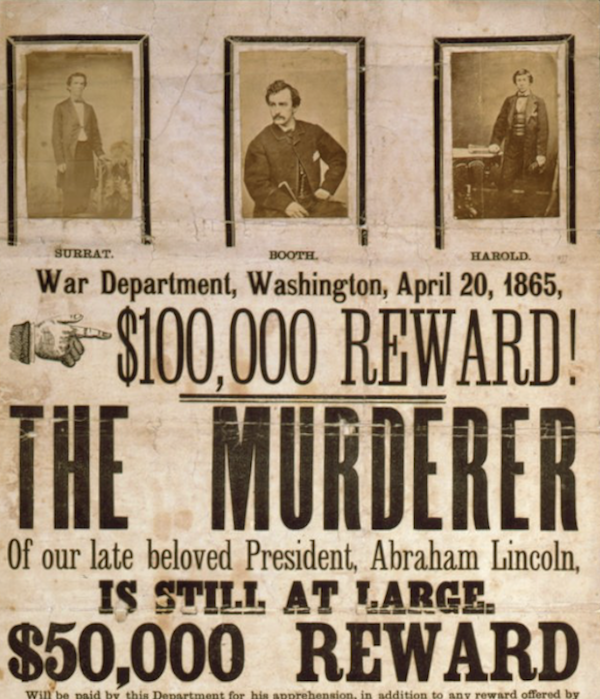 Across the country, the number of university students majoring in history continues to decline. Students think history is boring, just a bunch of uninteresting dead people and too many dates that need to be memorized.

Personally, I think one of the reasons students don’t like history starts in high school.  One of the first questions I like to ask my first year university students is, “Who had a history teacher in high school whose first name wasn’t ‘Coach’?”  Okay, I know that is a gross generalization, but in non-AP History classes it probably isn’t too far wrong.  An inordinate number of coaches are out there teaching history, a topic that is not their priority.  They are far more interested in football, basketball, baseball or some other sport. History is just an afterthought.

At the university level, we haven’t done much to solve the problem.  First year students are greeted by courses with titles like US History since 1865 or British History before 1688.  Not very sexy titles to be sure.

History courses need catchy titles.  We need to market our courses to students with descriptions that whet their appetites. History, after all, is really nothing more than a lot of little stories pushed together.  History is overflowing with exciting tales of sex, violence, political intrigue, religious wars and a whole lot more.

History is not boring. It offers some of the most interesting courses in the academic world, and here is an example. This fall I will teach a comparative history course on Assassination.  It is a fascinating aspect of political history, and a topic that stretches back to the beginning of recorded time.

As I prepare, I’m discovering this to be one of the most thought provoking topics I’ve tackled since becoming a university professor.  I borrowed the idea, with permission of course, from a former colleague at the University South Florida St. Petersburg, who taught it on two occasions.  Beyond that, I know of no other university with such an offering.

My course will cover more than two thousand years of history.  During the first half of the course, I will guide students in an exploration of ten famous assassinations – from Julius Caesar in ancient Rome to Benazir Bhutto in modern Pakistan.  Along the way we will discuss individuals as diverse as Thomas Becket, Jean-Paul Marat, Abraham Lincoln, Leon Trotsky and Mahatma Gandhi.

During the second part of the semester, I will turn the class over to student groups, which will review ten less famous American assassinations – from Joseph Smith Jr, the founder of the Mormon Church who died in 1844, to George Tiller, an abortion doctor who was killed in 2009.  Included in the list are journalists, civil rights activists, politicians and a mafia boss.

As we examine these events, we will try to answer questions such as:

Is assassination ever a legitimate and morally acceptable action? Ancient Greek philosophers thought it was, developing the idea of Tyrannicide as justification for the killing of a tyrant.

What about regicide, the killing of a king by the people? The English did it after their Civil War and the French did it during their Revolution.  While they followed a carefully orchestrated legal process, in the end the verdicts were the same – the ax and the guillotine.

Has an assassination ever changed the course of history? Speaking to the British Parliament after the assassination of Abraham Lincoln, future Prime Minister Benjamin Disraeli said “No,” but that was several decades before a young Bosnian student killed Archduke Ferdinand, igniting a spark that sent the world to war in 1914.

Do assassinations run in cycles?  Looking back at the 1960’s, with the assassinations of the Kennedy brothers, Martin Luther King and Malcolm X, one might wonder.

There is no single reason for political murder.  Assassins have many different motivations.  They include government agents, political rivals, religious zealots, mercenaries, carefully recruited pawns and the mentally ill.  Many do not understand the issues involved, nor the ramifications of their actions.

Books and movies are filled with assassins – good guys and bad guys.  One of my favorite movies is “Day of the Jackal,” based on the infamous and real life assassin Carlos, now imprisoned in France.  Secret agents like James Bond and Jason Bourne are “licensed to kill” with the full approval of their governments.  While Bond and Bourne are fictional characters, government assassins still lurk in the shadows.  Remember the CIA’s efforts to kill Fidel Castro with an exploding cigar?

Today, institutionalized assassination is an integral part of both sides of the War on Terror.  Navy seals killed Osama bin Laden and dumped his body at sea, drones kill unsuspecting victims from high in the sky, terrorists kill with guns, bombs and motor vehicles.  These are all assassinations in the sense that they are politically motivated murders and they often claim the lives of innocent victims who simply happen to be at the wrong place at the wrong time.

Assassination is a fascinating topic and well worth exploration in an academic environment.

From my perspective, there is little doubt that there will be much to uncover, much to discuss and much to learn from such a course.  Since the class filled up almost immediately, I hope I will find a classroom filled with students who agree