Bruce W. Dearstyne is a historian in Albany, New York. His latest book is The Spirit of New York: Defining Events in the Empire State's History. 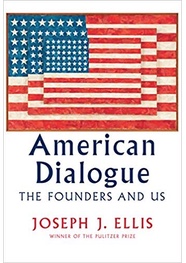 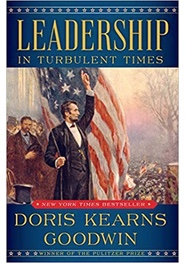 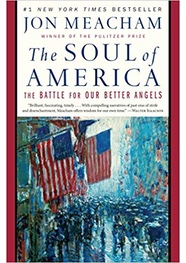 Contributors to and readers of the History News Network understand the value of history in providing enlightenment, showing historical parallels, discerning precedents for current events, and putting events into historical perspective.

HNN itself is the best forum in the nation for doing that.

But we need to increase initiatives for putting history to work more broadly in discussions of public affairs.

Three recent books show the possibilities, but also limitations: Joseph J. Ellis, American Dialog: The Founders and Us; Doris Kearns Goodwin, Leadership in Turbulent Times; and Jon Meacham, The Soul of America: The Battle for Our Better Natures. These three stellar authors are Pulitzer Prize winners. Goodwin's and Meacham's books have made it onto the New York Times best seller list; Ellis's book, published in October, may make it there too. They are upbeat on America's historical story; the covers of the three books all feature American flags. They are accomplished scholars; the three books have a total of over 2000 footnotes. They write eloquently for a broad, popular audience as well as for historian colleagues.

What do these authors tell us? Can we put history to work to help understand, and hopefully address, our present problems?

Holding onto or drifting away from the founding fathers

Ellis discusses Thomas Jefferson and racism; John Adams and economic inequality; James Madison and constitutional law; and George Washington and foreign policy. He has chapters on subsequent history and current events featuring those themes that draw on insights from these founding fathers. For instance, Thomas Jefferson, author of the phrase "all men are created equal" and a sometime critic of slavery, was also a slaveholder. Ellis calls him a "dedicated racist" and traces some of his ambiguous views on race down to Americans in the present day. The insights are clearer for Washington, who pragmatically avoided foreign entanglements and warned future Americans against them in his Farewell Address. Now, says Ellis, we drift into foreign conflicts too easily, Congress does not even declare war anymore, and with an all-volunteer armed force, no one is required to fight. War "is not declared, few have to fight, and no one has to pay," he concludes.

Donald Trump does not appear in the book until page 217, and then only briefly. Ellis notes his support by white supremacists, his divisive policies, and his isolationism. "Trump embodies, in almost archetypical form, the demagogic downside of democracy," Ellis says, but we don't need to worry much because "demagogues tend to enjoy only limited life-spans, so the Trump presidency is likely to resemble the proverbial blip on the historical radar screen."

A Washington Post reviewer noted the book does not convey simple insights or easy parallels. Instead, the reviewer concluded, Ellis mostly wants to show how we have strayed from America's founding ideals. A reviewer on Goodreads emphasized continuity of issues as the book's central theme: "putting things in perspective is of immense value.... [W]e deal today with not only some of the same issues, but a lot of the fallout from the founders’ errors, compromises, and failures."

The character of real leadership

Doris Kearns Goodwin examines the leadership of Abraham Lincoln, Theodore Roosevelt, Franklin Roosevelt, and Lyndon Johnson, concentrating on forces that shaped their personality and leadership styles, how adversity strengthened their characters, and how they exercised leadership on critical issues – emancipation of slaves (Lincoln), a nationwide coal strike (TR), combating the Depression in 1933 (FDR) and civil rights (Johnson). (You can read an interview with her on HNN here.)

Goodwin excels at engaging narrative. A New York Times reviewer noted that "she teases out the variety and peculiarities among the four presidents. Despite the overarching steeled-by-adversity template into which she wedges these stories, each retains its own intrinsic drama. Goodwin resists the urge to glean pat lessons or rules from the past and allows herself to savor the stubborn singularity of each moment or personality. While she highlights her subjects’ common traits — preternatural persistence, a surpassing intelligence, a gift for storytelling — it is the differences among them that are most interesting."

She steers clear of current politics. But as a reviewer on Bloomberg News noted, there is an indirect critique of President Trump by showing how the four presidents in the book acted on principle, restrained their tempers, and were careful in their public statements.

Our better angels triumph over hatred and divisiveness

Jon Meacham's book focuses on critical periods and events in American history. Racism, hatred, fear, and divisiveness have surfaced often during American history, sometimes led by unprincipled politicians, who seek to divide us by race, gender, or religion and sometimes work at bringing out the worst in us. But each time, we have managed to overcome these issues and "our better angels" have prevailed. Our current climate of partisan fury is nothing new, Meacham insists, and we will overcome it.

Meacham refers briefly to Trump's "divisive language" and "nationalist rhetoric" in the book and indirectly criticizes his lack of moral leadership. But he stops there and does not offer a roadmap for what comes next. He implies that a future president will take care of our current toxic political life. In the meantime, citizens should act. In his concluding chapter Meacham urges readers to become politically active, "resist tribalism," "respect facts," and "keep history in mind."

Some reviewers have found the book enlightening and reassuring. "Relax, America" is Meacham's central message according to a reviewer in USA Today. "Meacham gives readers a long-term perspective on American history and a reason to believe the soul of America is ultimately one of kindness and caring, not rancor and paranoia."

Meacham may be circumspect in the book but, unlike Ellis and Goodwin, he is outspoken in public on current affairs. In an NPR interview, he accused Trump of "playing to our darker impulses." He is a contributing editor of Time magazine and in a recent essay there asserted that "Trump is determined to be a force for division, not for unity. He has no apparent interest in rising to the historical moment. To him, the presidency seems to be a reality show–a lark in which narcissism and nationalism are inextricably intertwined."

These three outstanding books offer some suggestions about the power of history to guide us in our current dilemmas:

History can be engaging. All three of the books are eminently readable, with interesting and exciting people at the core of well-told stories. The books are models of scholarly historical studies that reach out for a wide readership.

Historians are not political pundits (at least not in these books). Their purpose is not to attack current political figures, advance simple solutions, or suggest how readers should vote. They want to illuminate, not alarm or make noise. They present the evidence, draw informed conclusions and interpretations based on that evidence, demonstrate the complexity of cause-and-effect relationships, illuminate effective, principled leadership, draw distinctions between short and long term consequences, and explore the balance between adhering to tradition and striking out in new directions.

Leaders' ideas and words matter. For instance, Goodwin shows how Lincoln's eloquence shaped northern public opinion about the purposes of the Civil War.

Principled, values-based presidential leadership matters. That is a central theme of Goodwin's book. A review of the three books on NPR lamented that "it's hard to make time for history books when there is so much history crashing down on us every single day — and especially when that history is divisive, aggressive and seemingly never-ending." But the three books effectively "contextualize or contrast the era of President Trump with the leadership of previous presidents who offered broader, more effective and more powerful leadership."

The founders are enlightening and inspirational but they require study and judgment to extract insights. Ellis, for instance, would argue that Jefferson is a reliable guide on some things, but not on race relations. Madison, he would say, can tell us a good deal about the original intention of the Constitution's writers and help expose unwarranted judicial (mostly Supreme Court) interpretations and opinions (he has a spirited chapter on the judiciary entitled "Immaculate Misconceptions").

There is cause for optimism in these turbulent times. Meacham's book is close to a rosy view that self-correcting forces rescue us from crises and put us back on the right track. Ellis seems to imply we don't really need to worry about demagogues or tyrants.

In the final analysis, it is up to each individual to study the past and help shape American history. "For all of our darker impulses, for all of our shortcomings, and for all of the dreams denied and deferred, the experiment begun so long ago, carried out so imperfectly, is worth the fight," Meacham urges at the end of his book.