We Need to Acknowledge the Power of the Israel Lobby

Walter L Hixson is distinguished professor of history at the University of Akron. His forthcoming book is entitled Israel’s Armor: The Israel Lobby and the First Generation of the Palestine Conflict, which will be published by Cambridge University Press in May 2019. On March 22 Hixson will speak at the “Israel Lobby and American Policy” Conference at the National Press Club in Washington, D.C., an event sponsored by the Institute for Research: Middle Eastern Policy, and held annually on the eve of the mammoth AIPAC annual meeting in Washington. Hixson’s previous works include American Settler Colonialism: A History (Palgrave Macmillan 2013) and The Myth of American Diplomacy: National Identity and US Foreign Policy (Yale, 2008). 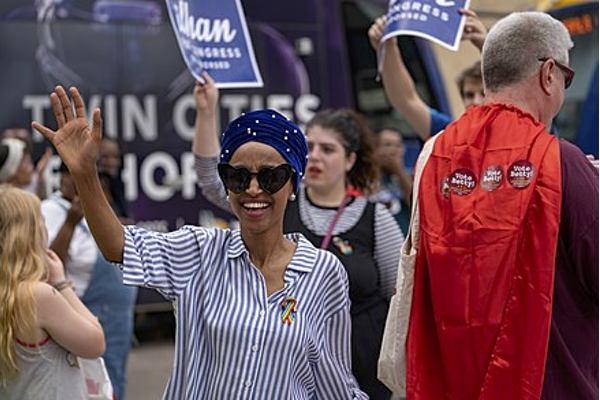 Last week, Rep. Ilhan Omar (D-MN) flippantly tweeted, “It’s all about the Benjamins” alluding to the financial role of pro-Israel groups on unstinting US support for Israel. Widely condemned for invoking an anti-Semitic trope pertaining to Jewish money, Ilhan apologized for the remark but not for the essence of her larger point, which is unquestionably true, namely that money in politics plays a role in the lopsided pro-Israeli policy that the United States has pursued for decades. The absurdity is that everyone in Congress already knows this.

While reams of type and hype have spilled forth concerning the intrusions by the big, bad Russian bear (yes, he’s back after a post-Cold War hibernation) on American politics, we hear very little about Israel’s influence, which has profoundly shaped United States Middle East diplomacy since World War II. As I document in a forthcoming book, the Israel lobby goes much deeper historically than most people realize and has long exercised an outsized influence on Congress and presidential elections. 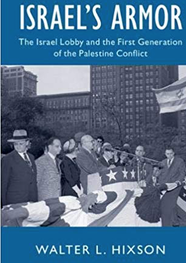 On February 15 the British Guardian did something American newspapers, magazines—and historians--rarely do: it published an analysis of pro-Israeli financing in American politics. “The data examined by the Guardian suggests that the pro-Israel lobby is highly active and spends heavily to influence US policy.” (“Pro-Israel Donors spent over $22 million in lobbying and contributions in 2018,” The Guardian online.) There’s more to the story than the Guardian grasps, namely individual campaign contributions that are made with the explicit or implicit understanding of unquestioned political support for Israel.

Fear of baseless charges of anti-Semitism must not prevent us from making relevant and scarcely disputable arguments about money and political influence. Let’s examine some basic facts: Israel, a tiny country of 8.5 million people, is the largest recipient of US foreign assistance since World War II (more than $100 billion), according to the Congressional Research Service. In 2016 President Barack Obama--despite being treated contemptuously by Israeli President Benjamin Netanyahu--signed a 10-year, $38 billion military assistance pact with Israel.

Well, you might say, Israel needs the money to defend itself from the hostile forces that surround and threaten to destroy it. This cliché misrepresents realities that have prevailed in the Middle East since the creation of Israel, namely that Israel more often than not has been the aggressor in the region, has won every war, and is more than capable of defending itself without receiving another dollar in US military assistance. Since 1967 the country has illegally occupied Palestinian territory and illegally sponsored settlements, which have been funded in part with American money, and has repeatedly engaged in indiscriminate warfare notably in Lebanon and the Gaza strip. Beyond dispute Israel has suffered from terror attacks but it is far from innocent and has killed many times more people than it has lost in the conflict. And now it is illegally absorbing, with Trump’s blessing, a historic holy city that under international law was meant to be shared by people of all faiths.

Even more absurd than over-hyping Russian influence on US elections while ignoring those of Israel, is the widespread condemnation of Iran for supposedly pursuing a nuclear weapon, while ignoring the history of Israel’s utter contempt for nuclear non-proliferation in defiance of the United States dating back to the Eisenhower administration. Israel has the bomb, scores of them, acquired secretly and mendaciously--that is, it was developed even as the American special ally was told Israel would not introduce such weapons to the Middle East. Turns out what Israel meant is that it would not hold a press conference and say, “Hey, we’ve got the bomb!” Meanwhile Netanyahu and the Israel lobby spare no effort to condemn Iran, which unlike Israel proved willing to negotiate a non-proliferation agreement, which it entered into with Obama in 2015. Netanyahu--joined by Trump, Mike Pompeo, John Bolton, Elliot Abrams, and other assorted fanatics of the far right who are now in power—are lusting for an excuse to go to war with Iran.

In sum, beyond a doubt, Israel and its American supporters have assembled the most powerful lobby pursuing the interests of a foreign country in all American history. Certainly, there are cultural and historical affinities on the part of American Christians (think Mike Pence) as well as Jews that help explain broad-based and historical US support for Israel. But only a fool—or an apologist—would argue that pro-Israeli money and influence do not play a significant role in American politics.

I hope this gets into print while it is still legal to criticize a foreign country (other than Russia, China, Venezuela--and France and Canada when they don’t do what we tell them). In an effort to head off a growing boycott, divestment and sanctions movement, Israel and the lobby now have set their sights on curbing freedom of speech and expression in this country. The matter is before Congress.

The time is past due to speak truth to power about Israeli policies and the American Israel lobby.