The History of Sexism in the Southern Baptist Church

Susan M. Shaw is a Professor of Women, Gender, and Sexuality Studies at Oregon State University. 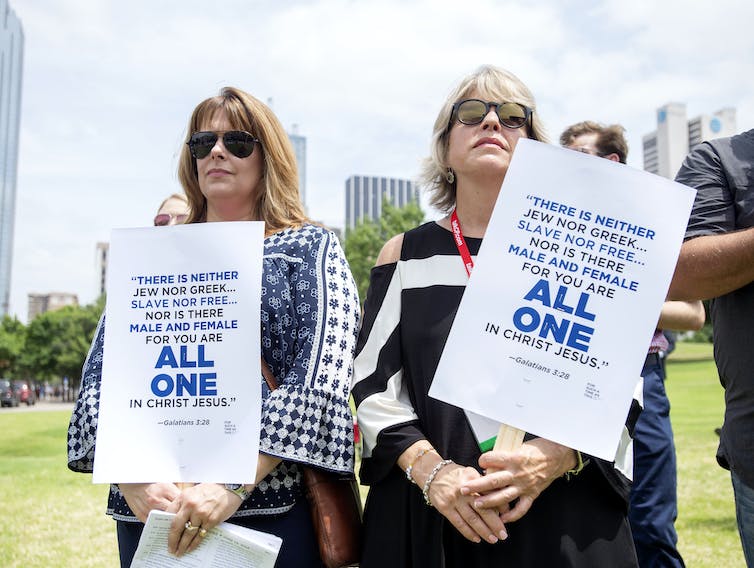 Denominational leaders are offering apologies and calling the sexual abuse “evil,” “unjust” and a “barbarity of unrestrained sinful patterns.” Many Southern Baptist leaders are considering action.

As a scholar who has written a book on Southern Baptist women and the church, I’d argue that this scandal has its origins in how Southern Baptists have long and purposefully pushed back against women’s progress.

Historian Elizabeth Flowers explains that questions of women’s roles as preachers, teachers and deacons were frequent subjects of disagreement among Baptists.

Indeed, women in the U.S. did not have the right to vote at this time. The Southern Baptist Convention’s practices certainly reflected larger social norms around gender, but its reasoning was also theological. These beliefs formed a basis for gender hierarchy that ultimately triumphed in the late 20th century.

In the 1970s, greater numbers of women entered the six Southern Baptist seminaries, many professing a calling to the pastorate, even though most churches still refused to ordain them. 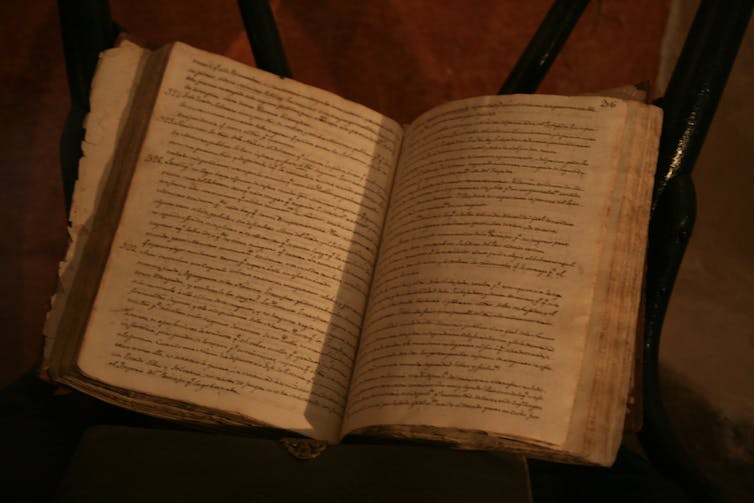 The idea that the Bible is without error in history, science or theology was used as a test for theological faithfulness by Southern Baptist fundamentalist leaders. claire.whetton/Flickr.com, CC BY-NC-ND

Fundamentalists used biblical inerrancy, the idea that the Bible is without error in history, science or theology, as a test for theological faithfulness.

Beginning with the denomination’s annual conference in 1979, these fundamentalists were able to inspire voters to elect fundamentalist leaders. They claimed that moderate Baptists who did not accept inerrancy were also the ones who did not believe the Bible.

The new leaders purged the moderates from Southern Baptist Convention employment and leadership.

So even as these Baptist leaders claimed their movement was about the Bible, they specifically targeted women and worked to reverse women’s progress in church and home.

First in the Edenic fall

In 1984, as fundamentalists gained greater control, the Southern Baptist Convention passed a resolution against women’s ordination. The resolution reasoned that women are excluded from ordained ministry to “preserve a submission God requires because the man was first in creation and the woman was first in the Edenic fall.”

In other words, because Eve was the first to eat the fruit that led to the humans’ expulsion from Eden, they argued, God compels all women to submit to men.

Furthermore, the resolution argued for the preservation of “God’s delegated order of authority” – “God the head of Christ, Christ the head of man, man the head of woman.”

In Baptist polity, local churches are autonomous and free to ordain and call as pastor whom they will. The Southern Baptist Convention has no official control over local churches.

As, however, local churches did ordain and call women to the pastorate, local Baptist associations “disfellowshipped” these congregations, excluding them from participating in the local association.

Fundamentalists appointed a president of Southern Seminary in 1993 who forced Molly Marshall, the first woman to teach theology at a Southern Baptist seminary, to resign in 1994, primarily over her support for women in ministry.

In 2000, reinforcing fundamentalist beliefs about women, the Southern Baptist Convention changed its statement of faith, noting that women and men “are of equal worth before God” while insisting “A wife is to submit herself graciously to the servant leadership of her husband.”

In 2003, an administrator at Southern Seminary explained that in response to women’s desire to rule over men men must exercise their rightful “rulership” over women. What this administrator interpreted as a desire to “rule over” was actually a simple demand for equality in the home and the ability to serve as pastors and leaders in church and society.

For Southern Baptists, the statement of faith is not a creed but rather a set of largely agreed-upon beliefs. The statement is not binding on any individual or local church. Seminaries and denominational agencies, such as the International Mission Board, however, must work within the guidelines of the statement. 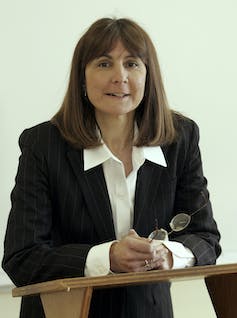 The 2000 statement of faith also asserts, “While both men and women are gifted for service in the church, the office of pastor is limited to men as qualified by Scripture.” In response, in 2004, Southern Baptists’ North American Mission Board stopped endorsing women as chaplains. Prior to the controversy, more moderate Southern Baptists had supported women in ordained ministry, including chaplaincy.

Southwestern Baptist Theological Seminary then used this statement in 2007 to remove Sheri Klouda from its faculty, where she taught Hebrew, simply because she was a woman. Klouda was not ordained and did not support the ordination of women. In their thinking, however, she was teaching men the Bible, which they forbid women to do.

They were able to remove her on the basis of gender because religious institutions are exempt from gender-based nondiscrimination laws for positions that have an explicit religious function, such as pastor or seminary professor, if their beliefs sanction such discrimination.

As early as the 1980s, Dee Ann Miller, who had survived sexual assault by a Southern Baptist missionary, tried to call attention to the problem of sexual abuse but found a denomination unwilling to address it.

Similarly, in 2009 another survivor, Christa Brown, critiqued the denomination’s minimizing and enabling of abuse. Southern Baptist churches often allowed abusers to move onto a new and unwitting congregation without reporting abuse, and the Southern Baptist Convention refused to create a registry of abusers for churches to consult. 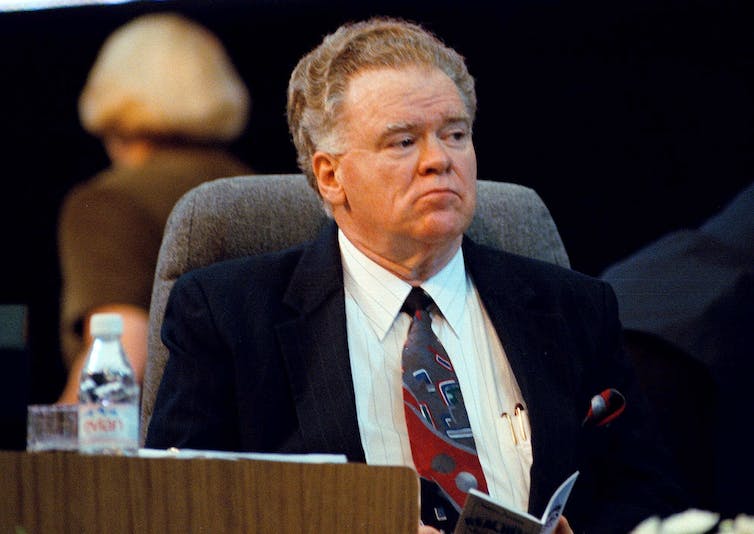 Baylor was not alone in institutional mishandling of abuse. In 2018, trustees of the Southwestern Baptist Theological Seminary fired President Paige Patterson, an architect of the fundamentalist takeover of the SBC, over statements he had made encouraging abused wives to return to abusive husbands and discouraging seminary students from reporting rapes to police.

Research suggests that sexist beliefs affect men’s attitudes toward sexual coercion. In particular, men who hold sexist beliefs are more likely to accept the myths that “women ask for it” or “if a woman is wearing provocative clothes, she wants sex” or “lots of women lie about being raped.”

Most significantly, research also suggests that fundamentalist and sexist clergy also tend to have more negative attitudes toward rape victims.

Apologies will not be enough

In my view, Southern Baptists’ history in relation to women provides important context for the current moment and helps explain the denomination’s inaction on sexual abuse by pastors.

The Southern Baptist Convention has fostered a culture in which sexual abuse and inadequate responses are not at all surprising. Apologies will likely do little to change that culture as long as beliefs about women’s submission stay in place.