What I’m Reading: An Interview With Environmental Historian Eleonora Rohland 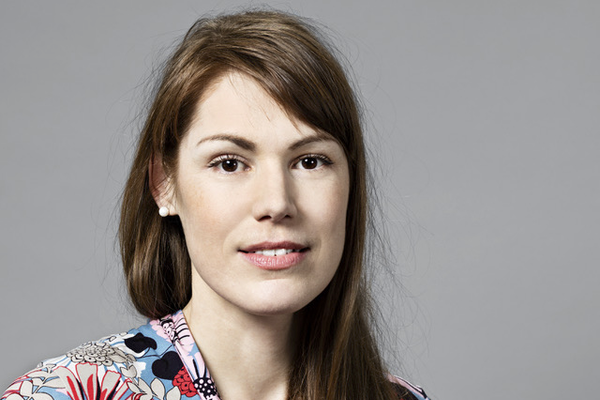 Eleonora Rohland is Assistant Professor for Entangled History in the Americas (16th-19th centuries) at Bielefeld University, Germany. Rohland was trained as an environmental historian at the University of Bern, Switzerland. She received her PhD from the Ruhr-University of Bochum, Germany, in 2014 and was a doctoral fellow at the Institute for Advanced Study in the Humanities Essen (KWI) from 2008-2014. Her research was supported by the Swiss Study Foundation, as well as by the German Historical Institutes in Washington and Paris. Her MA as well as her PhD thesis were awarded prizes. Rohland is the author of two books, Sharing the Risk. Fire, Climate and Disaster. Swiss Re 1864-1906(Lancaster: 2011) and Changes in the Air: Hurricanes in New Orleans, 1718 to the Present, which just appeared in the Rachel Carson Center (RCC)’s Series Environments in History: International Perspectives (Berghahn Books) in 2018. With her third book project, tentatively entitled Encountering the Tropics and Transforming Unfamiliar Environments in the Caribbean, 1494 to 1804, her research focus moves geographically from the U.S. Gulf Coast into the Caribbean (Hispaniola and Jamaica).

Related to the courses I am going to teach next semester (starting in April in Germany), I am reading Origins: How the Earth Made Us by Lewis Dartnell and Energy and Civilization: A History by Vaclav Smil. I am also very interested in the neurology of the creative process, partly for my own writing, but also in relation to teaching, so in this context I am reading Imagine: How Creativity Works by Jonah Lehrer. And I just love the humor and voice in Ursula Le Guin’s A Wave in the Mind: Essays on the Writer, the Reader, and the Imagination. Her texts are beautiful, profound and inspiring.

It’s hard to mention just one…Les Paysans du Languedoc (The peasants of the Languedoc) by Emmanuel Le Roy Ladurie; Mosquito Empires by John McNeill, Round about the Earth by Joyce Chaplin.

I think there’s a difference between the career aspect and my personal relationship to the field of history. At the present state of academia (and I think that is true for the U.S. as well as for Germany and Switzerland), it’s not so much a question of my choice, but of whether you get lucky and the system chooses you. But even beyond that, it was not a straightforward choice, though on my father’s side, I come from a family of historians. That doesn’t mean my career was in any way predetermined, it’s rather that, I guess, historical thinking has been part of my upbringing, and I was lucky to have a great history teacher in school who managed to foster that already existing interest. Also, I was lucky to have come to the field of environmental and climate history early during my undergraduate studies with Christian Pfister at the University of Bern (Switzerland), one of the pioneers of climate history. The way he taught Annales School-style history at his department of economic-, social- and environmental history was very comprehensive, geared towards understanding macro-scale historical connections while not losing sight of the micro-developments, and it was always related to present-day questions.

During research for my MA thesis I realized that I really loved working with archival materials, the materiality and aesthetics of it intrigued me. The detective work that is involved in the research process intrigued me. And that connection only deepened during research for my doctoral thesis (though of course neither of these research projects was always pleasurable and easy). History is a fascinating subject that allows you to see so many levels and facets of human existence – the very light and the very dark – at different times and in different places. And I would say I am studying and teaching history most of all, to understand how we’ve got where we are today in our current, troubled era of unprecedented global change.

My history teacher at high school, Jürg Düblin. He had a wonderful sense of humor and always spiced up our history lessons with jokes and references about current events. I went to high school during the Clinton era, so of course there was ample opportunity to crack jokes about the Lewinsky affair. He also taught us to see the interconnectedness and entanglement of historical processes, and to accept and welcome complexity.

And Christian Pfister, now Professor Emeritus at the University of Bern. Early in my undergrad studies I took his seminar on the history of disasters, which became my starting point into environmental and climate history.

Again, it’s difficult to point out a single moment or course. I would rather say more generally that it’s most rewarding when the student group and I manage to create an atmosphere in which the students feel comfortable enough to really ask fundamental questions and in which they start discussing among themselves, without me having to guide much. This is not a situation I can create at will, it’s a co-creation between students and teacher, that depends on the make-up of the student group and on how they interact with the subject of the course.

That it fully absorbs the profound implications that the Anthropocene has for the discipline. Dipesh Chakrabarty in his 2009 “The Climate of History: Four Theses” clearly and brilliantly laid out how the fact that humans were now shaping the earth’s climate and other realms of the ecosystem spelt the end of the separation between human and natural history. Chakrabarty himself and others (Julia Adeney Thomas, John McNeill, Amitav Ghosh, and Franz Mauelshagen, to mention just a few) have since elaborated on this new perspective, and I am basing my hopes and opinion on their work.

History needs to get comfortable with deep time scales that reach beyond the written record; that is, it needs to become more interdisciplinary, to connect more, and more naturally, with related disciplines such as anthropology and archaeology to include artefactual evidence alongside the written record; and with the natural sciences in order to understand environmental and climatic aspects concerning past societies. But even beyond the immediate theoretical and methodological implications of the Anthropocene, and more focused on the current, worrying changes in political arenas around the globe, I think history as a discipline needs to renew itself, needs to reassert or renegotiate its place in society, needs to be vocal on political abuses of terminology or populist and racist reinterpretations of historical events.

I own a facsimile of the Nuremberg Chronicle (theSchedelsche Weltchronik) and the first edition of the Jacob Burckhardt’s The Greeks and Greek Civilization (Griechische Kulturgeschichte)(1898), which was edited by my great-great grandfather, Jacob Oeri.

I see it as a great privilege to be able to teach what I research and to work with students in general and thinking about ways to help them find what sparks their interest and passion. The historical profession unites many of the activities and themes I am passionate about myself (researching, teaching, writing, books, discussing, conceptualizing projects) and I consider myself very fortunate to be working as a professional historian.

One of the more frustrating experiences on this career path is – and this probably accounts more for Germany where environmental and climate history are completely under-institutionalized, and where, at the same time, one has to acquire project funding from national or EU funding bodies to do research – that funders have not yet realized that the discipline of history has substantial contributions to make to questions of sustainability, climate change and societal change. Consequently, funding formats that deal with these topics are never made with historians (or the humanities) in mind. On the other hand, environmental history is still seen as somehow narrow, restricted to the history of political movements since the 1950s, even among historians. So, as an environmental historian in the German speaking countries of Europe, one is kind of wedged in between those two (mis-)perceptions, and it will take some work to get out of this situation…

Well, my career has not been very long yet, but I would say that when I started studying history in the early 2000s, the cultural turn was in full swing and its methodologies were becoming mainstream in history. However, by now it has reached a sort of dead end. As far as I can see, no renewal or alternative is yet in sight, but is urgently needed. Be it by taking into account the Anthropocene’s implications or by other important aspects related to current events. So, I guess this observation connects to what I said above about my hopes for the discipline.

“The past is a foreign country, people do things differently there.” By L.P. Hartley, from The Go-Between.

To me this saying perfectly expresses my fascination with history. In our every-day relationships we tend to instinctively look for similarity. In history, and in particular in early modern history the challenge is to understand as far as possible the foreignness of those worlds, to embrace the feeling of being estranged.

I am writing a short publication on “Entangled History and the Environment” which is an offshoot from my third book project on the socio-environmental transformation of the island of Hispaniola, from Columbus to the Haitian Revolution.

And I am preparing two courses on resource and energy history in the Americas.