Alan Avery-Peck is the Kraft-Hiatt Professor in Judaic Studies at College of the Holy Cross. 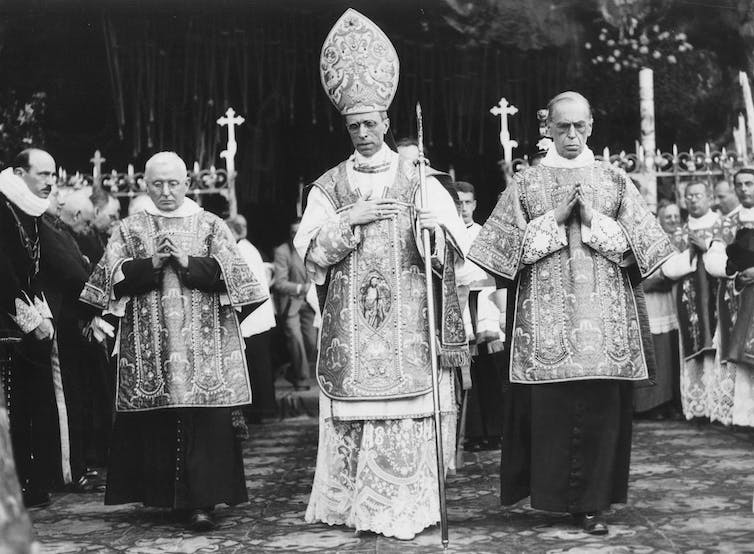 Pope Francis announced recently that, in 2020, the Vatican will open to researchers its archival materials related to Pius XII, who served as pope from 1939 to 1958.

The Vatican generally waits roughly 70 years after the end of a papacy before making archival materials available. In this case, the Vatican has decided to allow access earlier, possibly due to the controversy surrounding Pius XII’s wartime papacy.

Many have criticized Pius XII for failing to condemn the Holocaust. Instead, he spoke out against the general loss of life in wartime.

Others believe he worked behind the scenes to combat the Nazis and save Jewish lives. The Vatican archives might soon shed some light on these questions.

In the meantime, what do we know about his papacy and the environment in which he was working?

As a scholar who has been teaching Holocaust history primarily to students who grew up in the Christian faith, the question of the attitudes of Christians, and especially of the Church, comes up frequently in my classes.

There is strong evidence that Pius XII knew of the Nazis’ “Final Solution” – their intention to annihilate the Jews. Information came to him from various sources. For example, the Polish ambassador to the Vatican brought the pope updates and entreaties for action.

Additionally, the World Jewish Congress begged the pope openly to proclaim his revulsion for Nazism. Even the U.S. informed the Vatican in September 1942 that residents of the Warsaw Ghetto were being slaughtered.

This was prior to the Nazi deportation of some 265,000 Jews from the ghetto to Treblinka death camp and months before the final Nazi liquidation of the ghetto, in which the Jews themselves fought for their own lives in the Warsaw Ghetto Uprising beginning in April 1943. 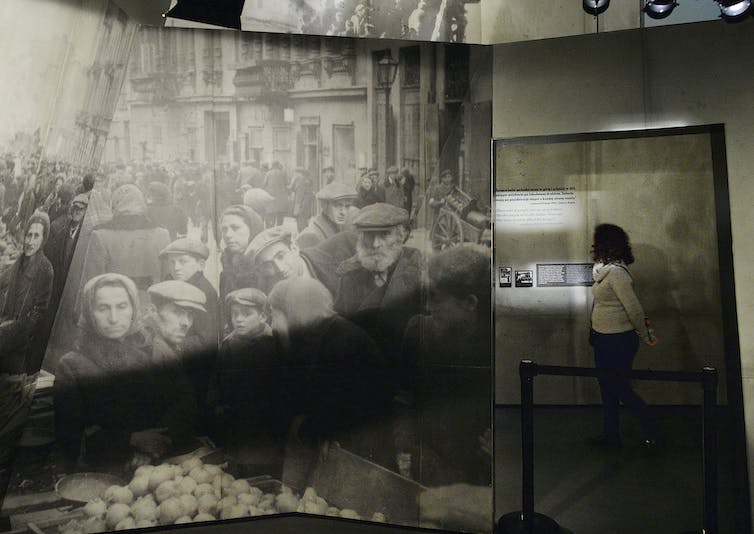 Exhibits from the Warsaw Ghetto at POLIN Museum of the History of Polish Jews in Warsaw, Poland. AP Photo/Czarek Sokolowski

Despite this knowledge, scholars believe that several factors likely led to Pius XII’s extreme care in public statements and actions.

The Church had a long history of antipathy to the Jews. The Jews, beginning from Jesus’ day, were understood by the Church to deserve condemnation for Christ’s suffering and death. Church theology and social policy through the centuries reflected that negative attitude.

Even as matters improved in the 19th and early 20th century, this history of anti-Judaism was reflected in the Vatican’s continued ambivalence toward the Jews.

While the Church spoke openly against a Nazi euthanasia program that during World War II murdered more than 300,000 mentally and physically disabled Christians, acting on behalf of Jews was a much lesser concern.

Additionally, in the Vatican’s view, however reprehensible Nazism was, it did not pose as great or immediate a threat as communism.

Even prior to this period, communism had been of considerable concern to the Catholic Church. Pope Pius IX’s 1846 encyclical, “Qui Pluribus,” a response to the nationalistic philosophies that sought to unify Italy in that day, deemed communism contrary to natural law. He described it as a doctrine that stood to destroy all existing laws, governments, property and human society itself.

During World War II, the Soviet Union, allied with the Western democracies, and not Germany, was the Church’s greatest enemy.

In this context, and fearing that the Nazis might win the war, the Vatican was reluctant to cause a crisis of conscience for Catholics fighting for Germany’s Nazi regime against communist Russia.

Indeed, in 1933, in his role as the Vatican ambassador to Germany, Eugenio Pacelli negotiated a treaty – called a concordat – between the Vatican and the Nazi regime. Five years later, Pacelli would become Pope Pius XII.

The concordat promised that, in exchange for the Nazis’ guarantee of the preservation of the Church’s and Catholics’ rights in Germany, the Vatican would remain neutral and not denounce Nazism.

The Vatican saw this as its best path towards safeguarding the Church’s interests and those of some 20 million German Catholics. It assured the Vatican that German churches would remain open and that priests, bishops, and even the pope himself would remain safe from Nazi harassment and possible arrest. 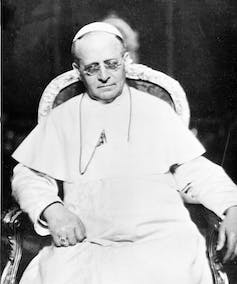 It bears noting that Pius XII’s predecessor, Pius XI, had spoken out against the Nazis more openly than his successor would do. He had commissioned an encyclical specifically directed against racism and anti-Semitism.

However, this encyclical was never signed. It is believed that his aides kept it from Pius XI while he was on his death bed in 1938.

Scholarship on the unsigned encyclical suggests that it was viewed by many in the Church hierarchy as too dangerous. The Vatican was afraid that, in response to what the Nazis would have seen as a serious provocation, they might have gone so far as to arrest every bishop in Germany.

Pius XII was much less willing than his predecessor to confront Nazism.

When he did speak out, he made only brief and veiled references. In his 1942 Christmas radio broadcast, for example, which lasted three and a half hours, he mentioned only an unnamed group that might be understood to be the Jews.

The pope referred to “humanity’s obligation to the hundreds of thousands of persons who without any fault on their own part, sometimes only because of their nationality or race, have been consigned to death or to a slow decline.”

In the same broadcast, he said that “the Church would be untrue to herself, ceasing to be a mother, if she turned a deaf ear to her children’s anguished cries, which reach her from every class of the human family.”

Pius XII did not specifically identify the Jews as victims or the Nazis as the victimizers. Nonetheless, reporting on the pope’s message, the Times of London said that he clearly, “condemns the worship of force and its concrete manifestation in the suppression of national liberties and in the persecution of the Jewish race.”

A top Nazi official, Heinrich Himmler, stated that the pope had clearly repudiated their movement – even though he had not refer to it by name. He noted that the pope was “virtually accusing the German people of injustice toward the Jews, and making himself the mouthpiece of the Jewish war criminals.”

The questions that will remain

Those who support Pius XII argue that negative assessments of his wartime actions ignore statements such as these and devalue all the pope may have done in secret to help the Jews.

These supporters, including Pope Francis, look forward to the opening of the archives, which they hope will prove that the wartime pope did everything that they believe he could.

Proof of actions Pius XII took in support of Jews might also allow the Church to move forward towards his canonization, which has been stalled since 2009. Three of the four popes since Pius XII have already been declared saints.

Findings of heretofore unknown actions of Pius XII may redeem his tarnished papacy and, with it, the Church more generally. But, for many, it might not resolve deeper questions about what Pope Pius XII did, or did not do, publicly.