How Should Historians Respond to David Garrow's Article on Martin Luther King, Jr.?

Andrea S. Johnson is an associate professor of history at California State University, Dominguez Hills, who specializes in the history of the intersection of religion and social movements. She is currently working on a book-length project on tactics of the civil rights movement and is currently co-chair of the Pentecostal-Charismatic Movements unit of the American Academy of Religion. You can find her on twitter @HistoryAndFaith. 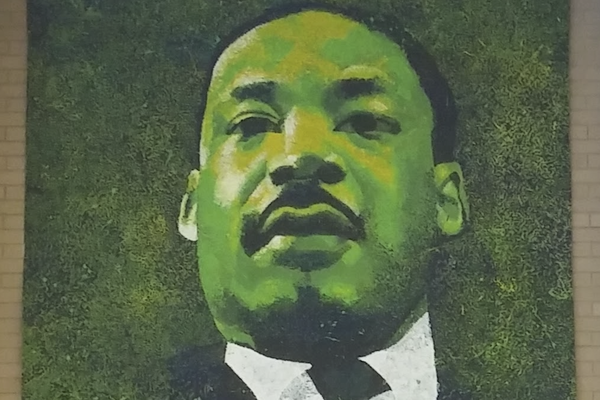 Pulitzer Prize winner and noted historian David Garrow made headlines last week after Standpoint published his article on the FBI’s investigation of Martin Luther King, Jr. Their documents allege King’s  involvement in numerous extra-marital affairs, relations with prostitutes, and presence during a rape. In response, scholars have questioned the reliability of the FBI records Garrow used to make such claims. These documents, and the resulting controversy, should also lead scholars to ask questions about the ways in which historians can and should address the history of gender and sexuality when it intersects with the histories of the civil rights movement, American religion, and the development of the surveillance state.

First, King and many of the clergy involved in the civil rights movement took a different approach toward interacting with women than some other well-known preachers, particularly Billy Graham. In 1948, evangelist Billy Graham and his staff agreed to a compact known as the Modesto Manifesto. This informal compact dealt with a number of issues from distributions of revival offerings to relations with local churches to what would become more colloquially known as the Billy Graham rule: men on the team would never be alone with a woman who was not their wife. While the rule may have kept the evangelist, who was noted in the press for his fair looks, and much of his team on the straight and narrow, it no doubt limited the opportunities of women within his organization and marked women as dangerous to men, particularly preachers.

The Billy Graham rule would have been impractical for the civil rights movement. The work of women was essential to the growth and success of the movement, and it would have been nearly impossible for civil rights leaders, such as King, to avoid being in contact with women and still have had a thriving movement.  Sociology professor Belinda Robnett established that for the civil rights movement, it was very often women who linked leaders of organizations like King, to supporters of the movements on the local level. These bridge leaders recruited more activists to the cause and ensured the general running of civil rights organizations. Some of the women named in Garrow’s essay served as bridge leaders, and as a consequence were especially vulnerable to such charges in an era where Graham’s rule was influential.

Those with traditional moral values reading David Garrow’s recent article on the alleged sexual proclivities of Martin Luther King Jr., might come to the conclusion that if King had instituted the Billy Graham rule, he never would have had the opportunity for extramarital affairs. They might imagine that there would have been no possibility that the FBI could have made such allegations, true or false. That however is unlikely to have been the case. While King’s moral failings are perhaps best left for he and his creator to resolve, it is certain that given the climate at the FBI at the time, and given J. Edgar Hoover’s special animus toward King, as Garrow described in this work, that there would have been continual attempts to try to establish some kind of moral failing with which to undermine one of America’s two most famous preachers.

The most controversial claim in these documents is a reference to an oddly edited document purporting to be a summary of electronic surveillance in which an unnamed Baptist minister forcibly raped a female parishioner while King looked on. While Garrow questions some documents, according to a Washington Post article, he seems to have less questions about the authenticity of this summary. King advisor Clarence Jones points out that while this rape should be condemned if true, if itdid occur, why did Hoover not turn over the evidence to other officials? It would have provided Hoover with the opportunities he had been seeking to undermine one of America’s most recognized preachers.

Jones of course is asking a question that all civil rights historians should ask but we should also ask other questions.  How do these documents often reflect a callous disregard for women? If this incident was true, why did the FBI not seek justice for this unnamed woman? And, if it is not true, how little did Hoover’s men value women that they thought an incident like this could be easily invented and the duplicity go unnoticed, and how did that impact their investigation of King? We should also ask if the Billy Graham rule set American expectations for the private behavior of very public clergy.

Women’s bodies are often sexualized, and black women’s bodies even more so.  In these documents, it is clear that the FBI placed an emphasis on what they deemed as these women’s immoral or abnormal sexual choices ranging from oral sex to adultery to prostitution to lesbian partners.  Even when they perhaps should have, the agents express little to no concern for the women, but rather the concern is for the state.  These women’s bodies mattered to the FBI only when they may have been in a position toplay a part in compromising America’s foremost black preacher and make him susceptible to communist influence, or when those same bodies offered the FBI an opportunity to expose that preacher’s failings.

For some of the women named in the documents used in the Garrow article, the evidence of sexual activity isscant, merely referring to them as girlfriends or women who wanted to know why King hadn’t come by when he was in their area. In another instance, an orgy between King, a prostitute, and a well-known female gospel singer is described.  For historians to focus on these instances now, with so much of the evidence from biased sources, and some of it still under seal, feels a bit like participating in historical slut shaming. For these women, whatever their sexual choices were over fifty years ago, there is no escape. Salacious details, real or fiction, lay forever in the National Archives.

In this case, much of what we’d like to know in regards to these controversies will not be revealed until the court order sealing the records expires in 2027, and may not be resolved even then. T. E. Lawrence once wrote that “the documents are liars.” It is the task of every historian to determine to what extent that is true, but it is also the task of every historian to examine the ways in which to documents may tell unplanned truths about our past, even if that makes us uncomfortable.