Tracy Dahlby teaches journalism at the University of Texas at Austin. His latest book is “Into the Field: A Foreign Correspondent’s Notebook.” 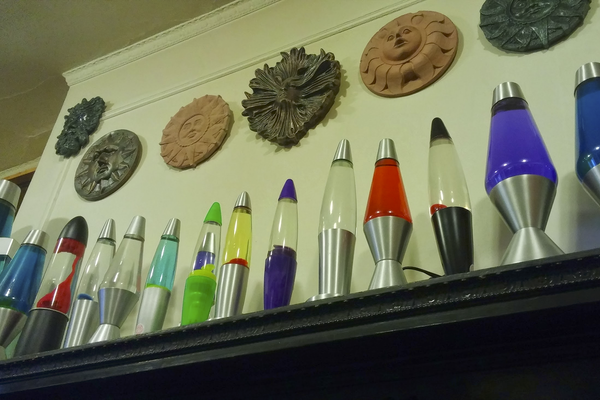 Lava lamps, popularized in the 1970s

Yes, my friends, times are hard. We’re neck deep in troubles abroad and at home, from major-league agita with Iran, Russia, China and North Korea to pop-up trade wars with U.S. allies and seemingly insoluble concerns like immigration, opioids and guns. Our poor, polarized national psyche struggles to keep up.

Maybe this is a good time to pause and remind ourselves that “hard” is a relative term. Take the 1970s, for example.

Short of world war, it’s hard to top the disco decade for wrenching events: America’s agonizing retreat from Vietnam, Watergate’s takedown of Richard Nixon, the Iran hostage crisis, nuclear meltdown at Three Mile Island, and energy crises that sent the economy skidding into stagflation, as prices shot the moon and growth locked itself in the cellar. Such reversals of fortune left the country disoriented and depressed.

Not that we’ve got it a whole lot easier today; in some ways, our problems may be even less tractable, given rambunctious leadership in the White House and the country’s at-your-throat political divide. So, it’s reasonable to assume an iconic voice from the seventies, iconoclastic economist and thinker E.F. Schumacher, might have some advice for us.

Schumacher, a British citizen of German birth, achieved cult-like status, especially among the young and high-minded, after the 1973 publication of his international bestseller, “Small Is Beautiful: A Study of Economics as if People Mattered.” A manifesto for economics with a heart, it called for moving from profit-driven to people-oriented policies; from environmentally degrading industry to the intelligently husbanding; from outsized economies of scale to scaled-down models employing technology “appropriate” to local communities.

Little wonder Schumacher’s recipes for humane overhaul struggled for traction in a corporate world bent on proliferating bigness. Yet his ideas (Schumacher died in 1977) have continued to exert an antiestablishment appeal, their echoes resonating today in the policy positions of progressives like Bernie Sanders, Elizabeth Warren and Alexandra Ocasio-Cortez, and in some libertarian circles, as well.

But it’s Schumacher’s 1977 book, “A Guide for the Perplexed” that zeros in on the role problems play in human life, how and where knowledge comes into play, and how to enlist the better angels of our nature in making headway against our thorniest challenges.

In Schumacher diagnosis, problems come in two flavors. The first type is preponderantly technical in nature—how to design that flying car, for example, or perfect a life-saving cancer vaccine. Solutions involve hard, smart work: developing smaller, more efficient energy sources, maybe, or fine-tuning gene-splicing techniques. Interested parties work the puzzle together or apart, Schumacher says, until answers “converge” and “a design emerges which is ‘the answer.’”

The second category presents the biggest headaches. That’s because these problems contain elements that defy purely rational answers, freighted as they are with basic value judgements, contrasting moral perspectives or religious beliefs. The result is the sort of strong conflicting emotions that can stop progress in its tracks. Think abortion, climate change, and gun control.

The problem with these problems, Schumacher points out, is they “do not converge.” In fact, “the more they are clarified and logically developed, the more they diverge, until” the lines harden and opposing tribes go to war, by whatever means. “Logic does not help us,” the author writes, “because it insists that if a thing is true its opposite cannot be true at the same time.” A divergent problem “does not yield to ordinary, ‘straight-line’ logic; it demonstrates that life is bigger than logic.”

There is no “correct formula” for divergent problems, Schumacher writes; they have to be “transcended.”

“A pair of opposites—like freedom and order—are opposites at the level of ordinary life,” the theory runs, “but they cease to be opposites at the higher level, the really human level, where self-awareness plays its proper role. It is then that such higher forces as love and compassion, understanding and empathy, become available, not simply as occasional impulses … but as a regular and reliable resource.” At that point, Schumacher says, “Opposites cease to be opposites.”

How quaint that sounds today! In a world of weaponized tweets and jaded with digitally driven entertainments, we’re more likely to check our social-media feeds or engage our Netflix fix than resort to over-the-horizon thinking. Very much in the zeitgeist of the 1970s, Schumacher argued that tackling divergent problems was not merely a means for solving humanity’s pressing puzzles; it marked a path to self-development, open-mindedness and inclusion.

“Divergent problems,” Schumacher writes in “Guide,” “offend the logical mind, which wishes to remove tension by coming down on one side or the other, but they provoke, stimulate, and sharpen the higher human faculties, without which man is nothing but a clever animal.”

Opposing tensions helped Schumacher define his eclectic career. In the 1930s, he chose England and a Rhodes Scholarship over living in Hitler’s Germany. At Oxford, he studied under John Maynard Keynes, and, in 1950, became chief advisor to the British National Coal Board. Ever the polymath, Schumacher augmented his training in orthodox economics by cultivating interests in Buddhism, Indian philosophy and Catholic thought, elements on which he draws in “Guide.”

For all that, Schumacher was a theorist, not a soothsayer. He couldn’t have foreseen exactly where our fractured politics, information tsunami, and adversarial approach to life, in general, would land us. Yet he did anticipate the principle-lite fickleness at the heart of today’s post-truth society: The “logical mind …” he writes, “wishes to give its exclusive allegiance to” one diametrically opposed position or the other, “and since this exclusiveness inevitably leads to an ever more obvious loss of realism and truth, the mind suddenly changes sides, often without even noticing it.”

In Schumacher’s eyes, educational priorities were equally skewed. Rather than aiming to cultivate the individual, modern school systems were designed to graduate products to serve the cogs-in-a-wheel demands of commerce and industry. The result, Schumacher argues in “Guide,” are structures that can gin up artificial demand for problem-solving while more existentially important puzzles go begging. “Our anxiety to solve problems,” Schumacher says in “Guide,” “stems from our lack of self-knowledge, which has created [a] kind of intellectual anguish … [that] has led to a virtually total concentration of intellectual effort on the study of convergent problems.”

Says Schumacher: “Great pride is taken in … ‘the art of the soluble’”—or perhaps today, we’d be tempted to say, in the art of the deal.

Wrestling with “the real problems of life,” as Schumacher calls them, is what deserves our highest-order attention. Human life “… can thus be … understood as a succession of divergent problems … They are refractory to mere logic and discursive reason, and constitute, so to speak a strain-and-stretch apparatus to develop the Whole Man, and that means to develop man’s supralogical faculties. All traditional cultures have seen life as a school and have recognized, in one way or the another, the essentiality of this teaching force.”

Nothing better underscores Schumacher’s approach to education writ large than his obvious fondness for this quote from Thomas Aquinas: “The slenderest knowledge that may be obtained of the highest things is more desirable than the most certain knowledge obtained of lesser things.” Humility and patience in the pursuit of “the highest things” are keys to unlocking divergent problems.

And so, the question: How do we actually tap our “supralogical” faculties? Schumacher’s answers can, at times, come off as gauzy, yet ever upward points the way. He recommends reconnecting with the world’s great philosophical and religious traditions, and looking for lessons in its great art and literature. (Ever the economist, he knows a trove of underutilized resources when he sees it.) What really matters, Schumacher writes, “is whether a person rises to his highest potentialities or falls away from them.”

Critics were quick to spot divergence in Schumacher’s theories. “I kept feeling that something urgent was being said about how the reductionist logic of modern science has indeed misled us and is useless when it comes to the most perplexing questions we face,” Harvard theologian Harvey Cox wrote in The New York Times when “Guide” came out in 1977, “… but the firepower [Schumacher] has concentrated [on his argument] is so mixed and so massive that his original point frequently gets lost.”

It is hard to see how reading “The Bhagavad Gita” or practicing Zen meditation might pull us out of our current national funk—or help us create a scalable meeting of minds required, say, to bring Second Amendment diehards together with staunch gun-control activists to thwart our epidemic of public shootings.

Yes, folks, times are hard. Too many citizens have given up on pursuit of higher truths in a time when “alternative facts” can make the real thing seem fuzzy, technology is pulverizing privacy, and people feel increasingly powerless in the face of big externalities. Who knows, the growing enthusiasm among Millennials and Gen Z-ers (estimated to make up 37 percent of voters in 2020) for people-oriented policies may once again thrust E.F. Schumacher and his theories into the limelight.

In the meantime, if a sage of the seventies has anything to teach us today, it may lie in his chronically appealing idea that optimism about the human spirit, and faith in our potential for problem-solving, can flourish even in the toughest of times.

For more by the author, check out his latest book: 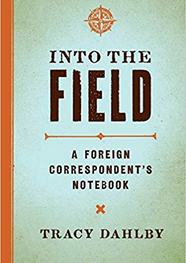