Gregory D. Foster is a professor at the National Defense University in Washington. The views expressed here are his own. 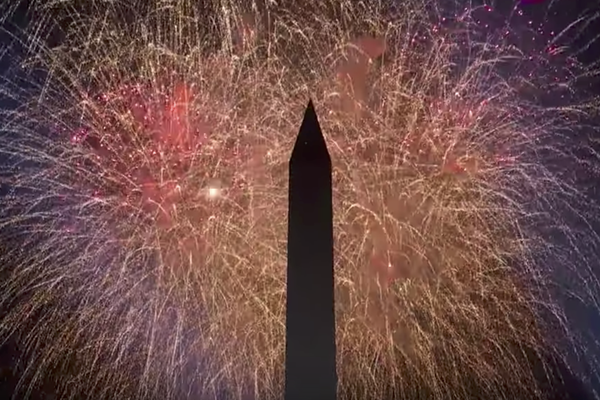 Independence Day, the 4th of July, is a day for, shall we say, celebratory reflection. It is a day not for chest-thumping martial ardor and jingoism, but for honoring and giving renewed life to the ideas that made the Declaration of Independence what it is: an “expression of the American mind,” in Thomas Jefferson’s words, as well as the philosophical foundation for our idealized way of life. It also serves as a reminder that America’s founders, whose wisdom and courage we extol, were dissidents – revolutionaries– who acted treasonously to rid themselves of legally constituted government that nonetheless denied its subjects the fundamental rights all humans deserve to enjoy. It is both the right and the duty of those who suffer such despotism, our founders declared, to dissent against – even to overthrow – the government in power.

The man some consider the “Father of the American Revolution,” Thomas Paine, spoke forcefully and famously to this conjunction of tyranny and dissent in December 1776: “These are the times that try men’s souls. The summer soldier and the sunshine patriot will, in this crisis, shrink from the service of their country; but he that stands by it now, deserves the love and thanks of man and woman. Tyranny, like hell, is not easily conquered.” In this, the first of his The American Crisis pamphlets, Paine sought to inspire his fellow Americans still at war with their British oppressors.

Today, we are at war with ourselves, riven as never before in recent memory with division, polarization, hatred, and alienation, our most cherished traditions under attack, precipitated and accentuated by massive failures of leadership at the highest levels of our government – a representative democracy, conceived as superior to both autocracy and direct democracy, and predicated on the (flawed) premise that the best of us govern the rest of us.

For those in government – elected officials, political appointees, and government workers alike, all public servants charged with fulfilling the imperative of government of the people, by the people, for the people – these are times calling for the highest order of courage, integrity, and honor. As public servants, we have all, in accordance with the law (5 USC 3331), sworn an oath of allegiance to a Constitution that owes its intellectual antecedents to the Declaration. It is to this Oath that we must return today for inspiration, guidance, and the imperative for action.

Here, lest we forget, are the principal words of that Oath:

“I _____ do solemnly swear (or affirm) that I will support and defend the Constitution of the United States against all enemies foreign and domestic [and] that I will bear true faith and allegiance to the same. . . .”

Some of us may remember comedian Red Skelton’s 1969 ode to the Pledge of Allegiance on CBS television. Skelton told the TV audience how the principal of his school in Vincennes, Indiana, Mr. Lasswell, had explained the meaning of the Pledge to students he thought had become complacent and bored.

Skelton’s soliloquy – in which he clarified or interpreted each and every word of the Pledge – was  extraordinarily powerful, not simply because of the content of his words butequally because of his delivery: a nationally recognized, slapstick comedian suddenly gone deadly serious as a response to the turbulence and upheaval of the times. By way of abbreviated example, here’s how he started:

I– me, an individual, a committee of one.

Pledge– dedicate all of my worldly goods to give without self-pity.

Allegiance– my love and my devotion.

To the Flag– our standard, Old Glory, a symbol of freedom. Wherever she waves, there is respect because your loyalty has given her a dignity that shouts freedom is everybody's job. . . .

I lived through the turbulence and upheaval of that time, accentuated and capped off by Watergate. Not since, until now, have I had to endure a test of the American way of life and our form of government to rival the Watergate experience. Considering, though, that such a crisis – a Constitutional crisis, a crisis of democratic governance – is now upon us, I consider it perfectly justifiable to appropriate Skelton’s rhetorical method as a vehicle for clarifying the meaning of the Oath and to remind those who have taken it what their duty is. So, here’s my presumptuous attempt at exegesis:

I– me, a sovereign individual, a sentient human being with my own mind, capable of transcending social conditioning and self-blinding ideological indoctrination to exercise free will, unfettered and unassisted, fully responsible and accountable for my own thoughts, words, and deeds.

do solemnly– with utmost seriousness and commitment, devoid of frivolous or cavalier intent or demeanor.

swear (or affirm)– officially express myself to all who would hear, my word as my bond, my civic sacrament.

that I will– me, alone, by myself, commit henceforth to taking constructive, purposeful action informed by thoughtful understanding, not mindless dogma.

support and defend– unconditionally, unreservedly stand behind and stand for, reaffirm, uphold, and protect.

the Constitution of the United States– the supreme law of the land, America’s civic gospel, to include the organizational arrangements, authorities, processes, principles, values, rights, and responsibilities embodied in that seminal expression of what this country – our more perfect union – should stand for.

against all enemies– to counter any party, tyrannical, despotic, or antagonistic, whose actions actually threaten, undermine, or usurp the foregoing; sensitive all the while to the possibility that sometimes – oftentimes even – the enemy we meet is us.

[and] that I will bear– again, I alone, undertake to shoulder personal responsibility and be accountable for so doing, regardless of consequence.

to the same– the Constitution, with all the values, precepts, authorities, and imperatives expressed – and implied – therein.

To anyone who has ever sought to soar like an eagle when surrounded by turkeys; who has given in to or been forced to live by the mushroom principle by being kept in the dark and fed the social or political equivalent of manure; who has learned the hard way (or even by accident) how hard, if not impossible, it is to turn chicken droppings into chicken salad, it isn’t hard to recognize something of the challenge before all public servants – certainly those who accept the proposition that we have enduring civic obligations, grounded in the Oath we have taken, that demand to be met – now, perhaps as never before.

Those who have sworn this oath of allegiance to the Constitution would be well advised, in fact, to take heart – in a double twist of irony, I might add – in one of the most famous statements commonly and erroneously attributed to super-patriot, anti-federalist, Constitutional opponent Patrick Henry: “The Constitution is not an instrument for the government to restrain the people. It is an instrument for the people to restrain the government – lest it come to dominate our lives and interests.” What more compelling words could there possibly be to remind us of our obligations to office, to The People, and to ourselves?