Dr. Lawrence Wittner (https://www.lawrenceswittner.com/) is Professor of History Emeritus at SUNY/Albany and the author of Confronting the Bomb (Stanford University Press).] 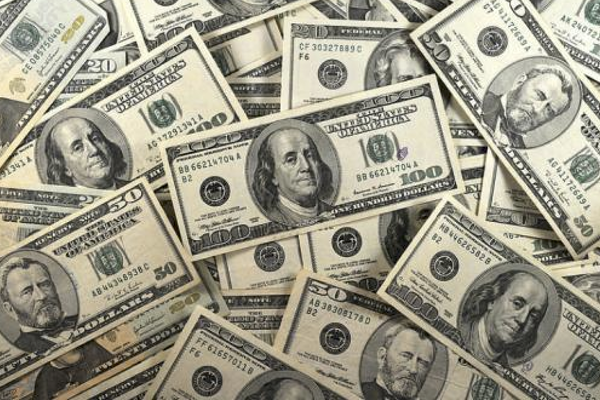 On June 19, 2019, President Donald Trump bragged at his re-election kickoff rally in Orlando that, thanks to his leadership, the wages of American workers “are rising at the fastest rate in many decades.”

The reality, however, is that they are not.  Indeed, wages rose at a faster rate only a few years before, under his predecessor.  And a key reason for the very limited wage increases since Trump entered the White House is his administration’s success in blocking any wage increases for some workers and in reducing wage increases for others.

In fact, Trump has never been enthusiastic about increasing the pay of America’s workers. “Our wages are too high,” the billionaire businessman complained back in November 2015, during his campaign for the presidency.

Naturally, then, Trump and his fellow Republicans have blocked any increase in the federal minimum wage during his time in office.  In 2016, Trump stated his opposition to setting any federal wage floor and, since then, has never proposed raising it.  As a result of years of Republican resistance in Congress and the White House, the federal minimum wage has remained stuck at a poverty level―$7.25 an hour―for a decade and has lost much of its purchasing power, making it the lowest minimum wage throughout the industrialized world.  The minimum wage for waiters and other workers relying on tips is even lower: $2.13 an hour.

Moreover, the Trump administration and Republicans in Congress continue to oppose any minimum wage increase.  In early May 2019, Trump’s Secretary of Labor, Alexander Acosta, testified before two Congressional committees, declaring:  “We do not support a change in the federal minimum wage at this time.”  In response, Senator Patty Murray, alluding to the ten year gap since the last increase, asked:  “If workers do not deserve [a raise] at this time, then when do they?” But Acosta did not answer her question.

In July 2019, the new, Democratic-controlled House of Representatives passed legislation to phase in an increase in the minimum wage to $15 an hour, thereby—as the AFL-CIO noted―giving “40 million Americans a raise.”  But only three House Republicans voted for the measure, while Republican Senate Majority Leader Mitch McConnell declared that he would prevent a Senate vote on it.  Although, in mid-June, Trump said he was “looking at” the idea of a $15 an hour minimum wage, he quickly countered that by stating, falsely, that he had “already created a minimum wage because wages have gone up more than . . . in many decades” under his administration.  Since then, nothing about a minimum wage increase has been heard from the president, and the Democratic wage raise legislation remains banned from consideration in the Republican Senate.

Trump has also gone out of his way to undermine the income of public sector workers.  In August 2018, he announced that he would scrap a scheduled 2.1 percent pay raise, plus locality paycheck adjustments, for 2 million federal employees. “Federal agency budgets cannot sustain such increases,” he declared, avoiding any mention of the fact that he had previously secured a sharp reduction in federal income through legislation for a $1.5 trillion tax cut that largely benefited the wealthy and their corporations.  In late December 2018, Trump followed up by issuing an executive order to freeze the pay of federal workers.  But, subsequently, Congress overrode his action and partially restored the pay increase―raising the pay for federal employees by 1.4 percent (two-thirds of the scheduled increase), with additional money factored in for locality pay adjustments.

In the winter of 2018-2019, Trump attacked the livelihoods of public workers once again, when his shutdown of the federal government forced 800,000 federal employees to go on unpaid leave or to work without pay.

One of the factors advancing the income of American workers, as well as helping to safeguard them from excessively-long workweeks, is the provision in the Fair Labor Standards Act that guarantees them time-and-a-half pay for more than 40 hours of work per week.  But coverage is based upon workers remaining under a specific income level and, thanks to inflation over the past few decades, fewer and fewer workers remained below that level.  Recognizing that only 7 percent of American workers were still covered by the law, the Obama administration raised the income level for eligibility substantially. But, upon taking office, the Trump administration severely cut back Obama’s expansion of eligibility, thereby depriving as many as 8.2 million workers of the overtime coverage they had previously been promised.

Despite these actions taken by Trump and his administration to reduce wage gains, what economists call real wages (that is, wages and salaries adjusted for the rising cost of living) have been rising―in part because many states and localities have passed laws raising their minimum wages far beyond the pathetic $7.25 level set by the federal government.

But, overall, increases in real wages during the Trump presidency have remained minuscule. According to the Bureau of Labor Statistics of the U.S. Department of Labor, the real average weekly earnings for American workers increased by just 0.2 percent between June 2017 and June 2018. From June 2018 to June 2019, the increase in their real average weekly earnings was only 1.2 percent. Consequently, as Senator Bernie Sanders has stated, correctly, the average American worker earns less today than he or she did 45 years ago.

Although the pundits say the U.S. economy is booming―and it certainly is for the country’s billionaires―it’s not doing much for the incomes of American workers.  And much of the responsibility for this situation lies with Republican officeholders, especially Donald Trump.