The Princess and the Press

Georgie Blalock is an amateur historian and movie buff who loves combining her different passions through historical fiction, and a healthy dose of period piece films. When not writing, she can be found prowling the non-fiction history section of the library or the British film listings on Netflix. Georgie writes historical romance under the name Georgie Lee. Please visit www.georigeblalock.com for more info about Georgie and her writing. 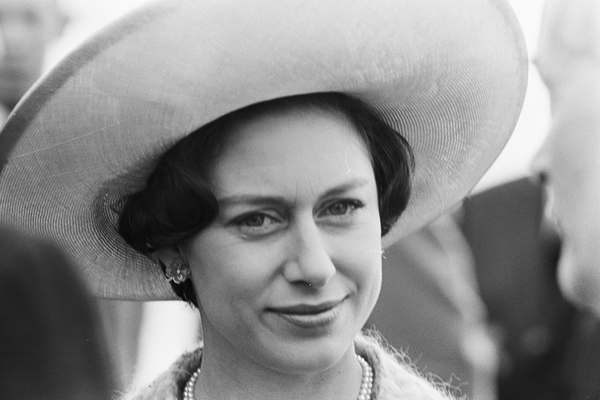 In the late 1940s and early 1950s, long before Princess Diana and Kate Middleton, Princess Margaret dazzled the world with her style, beauty and royal mystique. She was young, glamorous and everything people imagined a princess to be. Official photographs and press releases from the Buckingham Palace Press Office couldn’t satisfy the demand for royal news. To satisfy a fascinated public, newspapers reported on the good, the bad and the salacious details of Princess Margaret’s life. Sometimes the press chased her, and sometimes she courted them in an effort to garner the attention that she, as the Queen’s neglected younger sister, craved. Princess Margaret might have detested the press’s intrusion at times but without their fervent coverage she would have faded into the obscurity she feared. With season three of the hit Netflix series The Crown about to premiere, viewers will get another glimpse at Princess Margaret’s lifelong struggle to make herself memorable.

After the dark years of World War II and the austerity that followed, photographs of Princess Margaret dressed in fabulous Dior gowns and fine jewels offered people a brief escape from everyday life. Duty compelled her to take on the role of fashion icon but a desire for attention, instilled in her by her father King George VI’s favoritism, and the need to be more than the spare heir, made the spotlight alluring. She’d never be queen but she could be an inspiration to young women who had to make do and mend. Once fabric rationing ended, those same young women ran wild copying her style in an effort to gain a touch of royal glamour. The more details people craved about the Princess, the more the press found ways to provide them, revealing both the good and bad about the Princess’s life and fame.

During Princess Margaret’s trip to Italy in 1949, a reporter broke into her hotel room to report on her perfume (Tweed by Lenthéric), nail polish (a unnamed shade by Peggy Sage) and what book she was reading (Busman’s Honeymoon). During that same trip, she was photographed from a distance, as Princess Diana, Kate Middleton and Sarah Ferguson would be decades later, swimming in Capri in a pale bikini. From the angle of the shot, it appeared as if she was swimming in the nude. Although the British newspapers were prevented from printing the pictures, the foreign press ran with them. Both instances were reported in the May 16, 1949 edition of Life Magazine, complete with photos.

The press weren’t simply unwanted intruders in the Princess’ life, they were often invited guests. In the late 1940s, the Princess’ good friend Sharman Douglas, the daughter of the American Ambassador to the Court of St. James from 1947 to 1950, was well liked by the press because she fed them tips about her and the Princess. She did this with the Princess’ knowledge and permission. If she hadn’t, then she wouldn’t have been an integral part of the Princess Margaret Set, a term coined by the media to describe the young friends of Princess Margaret’s circle. Many of the members came from aristocratic families, were devoted to the Princess, and understood the need for discretion except for when the royal gave them permission to let details slip. In those early days, the Princess’ courting of the press was an innocent flirtation but it would eventually become a more sordid relationship.

Every gentleman that Princess Margaret was photographed with was reported to be a potential husband until the press noticed her interest in the much older Captain Peter Townsend. It wasn’t the age difference that made the relationship scandalous, but Townsend’s divorce and status as an employee. Marrying Townsend would be considered a sin since the Church of England prohibited divorced persons from remarrying in the church while their spouse was still alive. This created a conundrum for Queen Elizabeth who wanted her sister to be happy but was, as the head of the Church of England, bound by its dictates. While the British Press was muzzled during the early years of the courtship and censors cut out articles in imported newspapers and magazines, Americans and Europeans were treated to pages of speculation. It was these articles that eventually allowed the British press to break their silence by writing a rebuttal to a foreign piece on the Princess’s relationship with the equerry. Once news of Princess Margaret and Captain Townsend broke, the public rallied around her, closely following her and Townsend’s will they or won’t they story. The Daily Mirror’s poll found that the majority of readers favored the match. Princess Margaret hoped that the public’s support would sway the powers that be into approving the marriage but it didn’t. Instead, it was a stark reminder of Princess Margaret’s lesser place in the royal family, and how the public that adored her enjoyed more control over their lives than she did.

As dramatically depicted in The Crown and my novel The Other Windsor Girl, Princess Margaret’s life was one of difficulty and heartbreak as much as it was teas and gowns. She might have possessed the privileges of royalty but with them came rigid restrictions on everything from her behavior to who she could marry. Buckingham Palace gave her no real role or career and denied her the chance to marry Peter and have her own family. The frustration and lack of purpose drew out the tarter side of her personality and the press began to report on that too. While Queen Elizabeth was held up as the figurehead of a new Elizabethan Age, Princess Margaret was cast as the foible to her perfect sister. The Princess initially hated the comparison but as time went on she used her black sheep image to garner the only real attention and notoriety that she could gain.

In later life, in an attempt to remain relevant, she fed the newspapers gossip about herself. Her behavior also became more eccentric leading to as many stories about her haughty comments or her notorious acid drop look as those about her charity work. However, the Princess’ need to draw attention to herself came at the cost of her privacy. Just as her failed relationship with Captain Townsend had played out before the public, so did the collapse of her marriage to Antony Armstrong-Jones, and the affair that eventually led to her becoming the first royal divorcee since Henry VIII. However, if it hadn’t been for Princess Margaret’s relationship with the press she might have faded into obscurity in some small corner of Kensington Palace while younger family members waited for her to die and free up a royal apartment. Instead, Princess Margaret shined in the only way she could, in the public eye. She left her mark on the royal family and carved out an image and place for herself, if not as a dutiful sister to the Queen, than as a notable woman with a sharp wit who created great headlines and a fascinating and sometimes tragic character in The Other Windsor Girl and The Crown.

For more by the author, read her latest book: 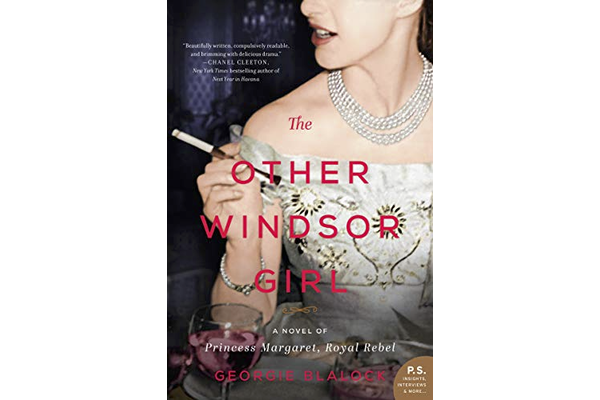