Why We Should Make Go-Go DC’s Official Music

Laura Gonzalez is an Intern with the History News Network. 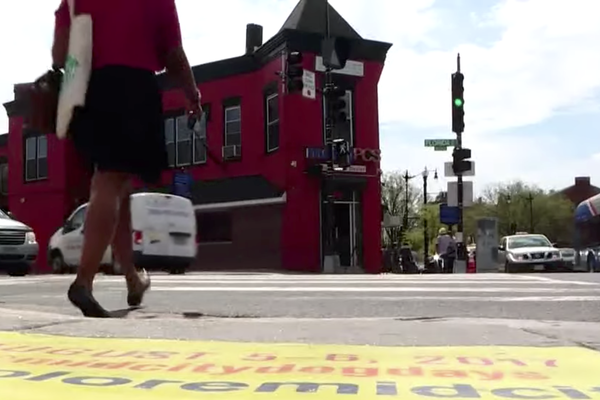 On November 17th, 2019 District of Columbia Mayor Muriel Bowser declared Nov. 17-23, 2019 as “Go-Go Awareness Week.” The week-long celebration is intended to commemorate D.C.’s indigenous music. Many Washingtonians thought the designation was important because it preserves D.C.’s music and culture of Go-Go. The week featured many events, including the Don’t Mute DC Call to Action Conference, the Go-Go Music Awards, and a series of workshops.

The sound of go-go originated from the guitarist and singer Chuck Brown (1936-2012). Brown introduced the D.C. based sound during the early 1970’s (a period known as Chocolate City in D.C.) when he blended funk, rhythm, blues, and old school hip-hop with percussion instruments. Brown found a way to bring together Latin rhythms, call and response, and a continuous drum beat to create an authentic sound called Go-Go. The genre gets its name after the slang word for a 1960’s nightclub. The term was first heard in a Motown song called “Going to a Go-Go” by Smokey Robinson. Brown’s unique sound propelled his rise to fame as he performed with his band Chuck Brown & the Soul Searchers.

In 1978, Brown released the song Bustin’ Loose and it peaked at number 34 on the Billboard Hot 100 singles chart. Chuck became a hit and was referred to as “The Godfather of Go-Go.” Brown explained that he came up with the new style of music because the Disco DJ's at the time were selling out more shows and realized he was losing his audience. He saw the necessity to make his music more interactive so everyone could have a great time. This forced Brown to cut out pauses and breaks in his music so a set could never stop. Go-Go music’s beat never stops and the songs are transition into one another without ever pausing.

The scene began to flourish in the late 70’s when he released his song Go Go Swing Medley which sparked an international following for Go-Go music. Brown’s Go-Go renditions of classic songs by Duke Ellington and Johnny Mercer mobilized the movement of Go-Go to an even bigger scale, earning him a place in American music royalty. He received numerous accolades, including the National Endowment for the Arts Lifetime Heritage Fellowship Award (2005). In 2009, D.C. Council named a street after the Godfather—Chuck Brown Way. It’s clear Brown has been an influential musician in the D.C. area.

These days, Go-Go music can still be heard around the DMV, especially around U Street and Shaw-Howard University. This past April, there was a dispute in the neighborhood when a resident at a luxury apartment complex complained that the go-go music played at the local Metro PCS at Seventh St. and Florida Avenue was too loud. The owner was forced to turn off its go-go music as the nearby resident threatened to sue the company. The owner of the store, Donald Campbell said many of his regular customers and nearby neighbors thought the store was “close[d]” because there wasn’t any Go-Go music playing. This sparked a grassroots movement called Don't Mute DC. Community organizers protested and 80,329 people signed a petition in support of the music played at the store. Eventually, the protestors won and the music played again. Go-Go music is not just a genre of music anymore, it’s a movement to stop gentrification in D.C. According to Campbell, Don’t Mute D.C. means “don’t mute or erase black people in D.C.”...which is to say “don’t let gentrification have the final say.”

Gentrification evokes strong emotions in D.C. as wealthier and whiter residents move in and longterm black residents feel displaced. Go-Go music, like mambo sauce, represents the core of Chocolate City and D.C. culture to many Washingtonians like myself. Go-Go music is more than a genre of music because it's an expression of art and culture. D.C. natives who have a strong connection to Go-Go want the music to stay alive because it plays a crucial role in storytelling.

Because of Don’t Mute DC movement , Ward 5 Councilman Kenyan McDuffie introduced the Go-Go Official Music of the District of Columbia Designation Act of 2019 on June 4th, 2019 to make Go-Go the official music of the District of Columbia. When introducing the bill McDufflie said, “to me and so many other Washingtonians, go-go has become so much more than just a musical genre. It is the very fabric of the city’s cultural and artistic expression. Designating Go-Go the official music of the city signal to those who have been here and to those who continue to move here, that this music represent the lived experiences of native Washingtonians. It codifies into law that Go-Go will never be muted in the District of Columbia.” Antonio Ramirez, a historian from the University of Michigan said Go-Go can be understood as a “local manifestation of global black music who roots can be traced to the historical African American experience.”

Preserving African-American culture is crucial to the future. The new bill is a major step towards protecting the history of go-go for future generations of black D.C. residents. As the city continues to transform its identity, it’s important for D.C. to remember its history.