Michael A. Genovese holds the Loyola Chair of Leadership at Loyola Marymount University where he serves as President of the Global Policy Institute. He is the author of over fifty books. 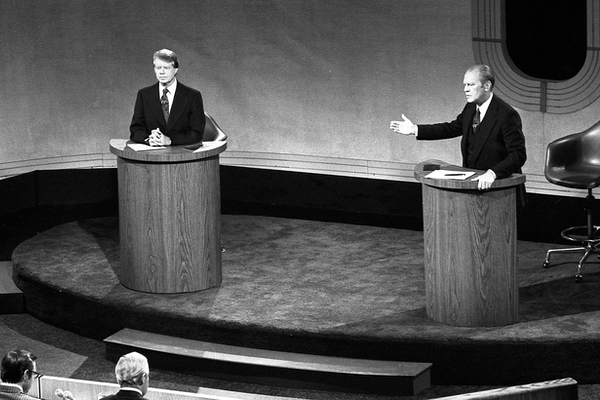 “Jimmy Who?” people asked in 1976 as the virtually unknown James Earl “Jimmy” Carter came out of nowhere to capture the Democratic nomination for president, eventually winning the presidential election. Carter was able to accomplish this unlikely victory for one key reason: he was the anti-Nixon in the midst of the Watergate era. His “I’ll never lie to you” pledge resonated with voters disgusted with the corruption of the Nixon administration, allowing Carter to become president more for what he was notthan for what he was.

Today, at 95, Carter is the longest-lived president in history, as well as the nation’s longest-retired president. Facing several health-related challenges, perhaps it is time to reflect on the rise, fall, and rise of James Earl “Jimmy” Carter.

Ironically, for a man who won the presidency because of Watergate, in the end it was the legacy of Watergate that, more than anything else, brought him down.

Jimmy Carter, 39th president of the United States, and the only president to take the oath of office using a nickname, was an unlikely president  who served in  difficult times. He had precious little political experience when he was elected president, having served two terms in the Georgia state legislature, and one term as Governor. Being an “outsider,” not part of the Washington D.C. political establishment, was a great asset in the everything-inside-the-beltway-is-corrupt estimation of the public. But what helped him get elected came back to haunt Carter as his inexperience with beltway politics was, in part, his undoing.

Carter was the victor in the first post-Watergate presidential election. In the ‘76 election he barely beat incumbent (appointed by the disgraced Nixon) Gerald Ford, and had it not been for Ford’s pardon of Nixon, the result of the race would likely have gone the other way.

As president, Carter attempted to de-pomp the Imperial presidency that had blossomed under Richard Nixon. Downsizing the presidency seemed a good idea at the time, but world events conspired to demand a stronger, more in charge president. Post-Watergate, the public was in a president-bashing mood, and Congress began to flex its muscles, leaving the presidency weaker and more vulnerable than at any time in the previous two generations. Governing in the best of times is difficult enough but governing in an Age of Cynicism and declining trust was all but impossible.

As president, Carter faced a series of daunting challenges, beginning with the rise of OPEC. The oil producing states joined together and conspired to raise the price of oil, and the Western governments, so dependent on oil, were squeezed and blackmailed into paying exorbitant prices. All the economies of the West suffered as stagflation (economic stagnation and inflation occurring at the same time) hit hard, causing a recession. In response to this, Carter proposed a far-reaching energy bill that was gutted in Congress. In the post-Watergate period, even doing the smart and necessary thing seemed impossible.

Carter did have his domestic successes, including Civil Service Reform, and the creation of two Cabinet-level departments: Energy and Education, as well as the creation of the modern vice presidency. But it was in the field of foreign policy that Carter had his greatest success—and greatest disappointment.

As President, Carter placed “human rights” at the center of U.S. policy. He shifted the terms of debate from the uses of power to the advancement of human rights globally, putting our adversaries (and some of our allies) on the defensive. By focusing a light on the human rights abuses in the Soviet Union, China, and elsewhere, Carter played to what was then a great strength of the United States.

Carter also brokered the Camp David Accords between Israel and Egypt. It was a groundbreaking achievement that made Israel safer and advanced the cause of peace.  Carter also normalized relations with China, got Congress to pass the Panama Canal treaty, and got the SALT II accords passed. But it was also in foreign policy where the weakness and limits of presidential power would come back to haunt Carter.

In November of 1979, Iranian protesters seized the U.S. embassy and held Americans hostage. Negotiations to secure the release of the hostages failed, as did a 1980 rescue mission.  The U.S and its president appeared weak, unable to exert the muscle Americans were accustomed to seeing. This would be the final nail in the political coffin of Jimmy Carter. While all the hostages were eventually released, the feeling of helplessness and weakness spawned by this incident ended up costing Carter his reelection.

Carter’s vice president Walter Mondale accurately summed up the Carter presidency: “We told the truth, obeyed the law, and we kept the peace.”

If Carter was not a highly rated president (his historical ranking fluctuates placing him somewhere in the low 20s), his post-presidency tells a far different story. Carter is considered by many to be the most successful ex-president in U.S. history. After leaving office he continued to promote human rights, monitor elections across the globe, promote democracy, and engage in conflict resolution. He has written over 30 books and volunteered with Habitat for Humanity. In 2002 he was awarded the Nobel Peace Prize.

In attempting to come to grips with the presidency of Jimmy Carter, one might well ask: could anyone have succeeded in the immediate aftermath of Watergate?  We know that leadership is highly contextual, and Jimmy Carter became president at a time ripe for bashing presidents. Given that, perhaps Carter did about as well as might be expected. Enchained by thousands of Lilliputians, Carter did what he could to advance the interests of the United States while demanding that we lived up to our highest ideals.