Our Stories Will Carry Us to the Future. Can They Save Us Now?

David Farrier is Senior Lecturer in the Department of English, University of Edinburgh. His most recent book is Footprints: In Search of Future Fossils (Farrar, Strauss and Giroux, March 2020). 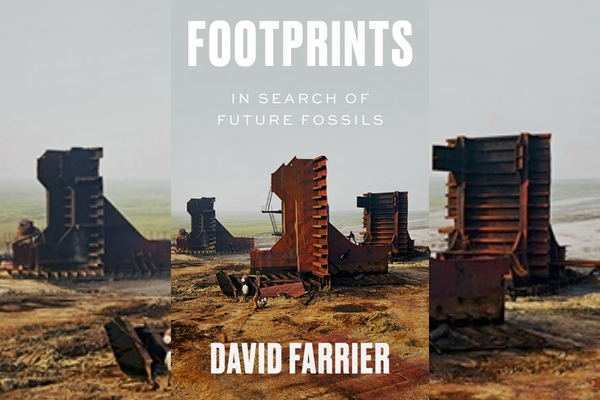 In his essay ‘The Storyteller,’ 20th century German-Jewish philosopher of history Walter Benjamin recounts an episode in the Histories of Herodotus, on the humbling of the Egyptian king Psammenitus. Captured by the Persian ruler Cambyses at Pelusium in 525 BC, Psammenitus was forced to witness his son and daughter join a parade of Egyptian prisoners. But he remained unmoved until he saw an old man, a former servant, stumbling along at the tail of the procession. Only at this final sight did Psammenitus beat his fists against his head in anguish.

According to Benjamin, the episode shows us the potential stories have to reach across time—not with declarative “truths” but with questions or mysteries. Successive generations have speculated on the reasons for Psammenitus’s reticence and sudden show of grief, but, Benjamin tells us, Herodotus “offers no explanation. His report is the driest.” This is why the tale can still provoke many thousands of years later: “It resembles the seeds of grain which have lain for centuries in the chambers of the pyramids, shut up air-tight, and have retained their germinative power to this day.” Psammenitus’s story should provoke us to consider how the distant future will find the seeds of our society and our stories about ourselves.

The changes we are making to the Earth run wide and deep. The environmental crisis is accelerating, absorbing lives on a daily basis; but to appreciate the scale of this, we need to also learn to see the deep time impacts of our actions. And yet, we struggle to really see this, in the parade of traces human activity daily leaves on ocean, air, and earth.

Sea level rise is one of the most urgent crises facing humanity; how far the waters climb will decide the fate of hundreds of millions. 150 million people could have to leave their homes as early as 2050.  Cities like Bangkok and Mumbai could become lagoon cities, or even be lost altogether to the rising waters. War and want would surely follow. Whole regions could go up in flames, ignited by water.

If the worst predictions come to pass, by 2100 630 million peoplecould be homeless. The economies of entire nations will collapse, and already-unstable regions will face unprecedented pressures. Mumbai, India’s economic hub and home to one of its main nuclear weapons research facilities, will become again the archipelago of small islands that it was in the 1850s. Basra, the second largest city in Iraq, will be submerged beneath a vast inland lake.

Although so much will be lost, the inundation will also be an act of preservation, on a scale that has never been seen before. 24 million people live in Shanghai—by the end of the next decade, it will be closer to 30 million—but the city has already sunk by 2.6 metres in a hundred years. The financial district of Pudong boasts some of the tallest buildings in the world, erected impossibly on a soft bed of mud and sand that is also threaded by over 600 kilometres of metro lines. Seawater that floods its streets will claim even the tallest towers over the course of several hundred years. But the subterranean city—the underground shopping malls, the metro stations, and the steel and concrete roots of the skyscrapers—will be sealed against decay by a layer of thick marine sediment. In time, as it is pressed deeper into the rock, the city will become a vast trace fossil of twenty-first century life.

Some miraculous transformations will occur underground: glass will devitrify, acquiring a milky sheen; iron will react with sulfides in the sediment to form pyrite, or fool’s gold. Everyday objects discarded in the rush to flee the drowning city will be leave their impressions. One hundred million years from now, writes Jan Zalasiewicz  in The Earth After Us, Shanghai will be a metre-thick layer in the strata, filled with the outlines of sim cards and bicycle wheels, as precise as fingerprints.

“We live in things,” wrote Virginia Woolf. Each molecule of carbon and sliver of plastic is a message to the future, locked up against decay and with the potential to flower into meaning millennia from now.

Our future fossils will be our stories, but it is hard to predict how, exactly, they will be interpreted. What will the C-14 bomb spike, trace evidence of thousands of nuclear weapons tests since the middle of the twentieth century that will be legible for tens of thousands of years, say about us? Or the ‘reef gap,’ a crimson stain in the rock record that, millennia from now, might tell that a continuous coral ecosystem, 2,300 kilometres long, once thrived off the east coast of Australia? Just as we wonder how Psammenitus could stand impassively, perhaps anyone confronted with our stories in the deep future will wonder how we could simply stand by and watch the procession of disaster.

But our future fossils are both our legacy and our opportunity. We can choose how we will be remembered. In learning to see the deep future flash upon the present, we will be better able to shape how our story will be told.

We’re confronted every day with stories of urgent and strange change. The evidence is quite literally all around us, but we are conditioned to look away, as if the climate crisis were also a crisis of the imagination. To remedy this, science is essential, but we also need stories. We know ourselves first and foremost in the tales we tell. This has been so since the beginnings of humanity; and since then, it is art and narrative that have borne our essence into the future. The question we must ask is, what stories will our future fossils tell?