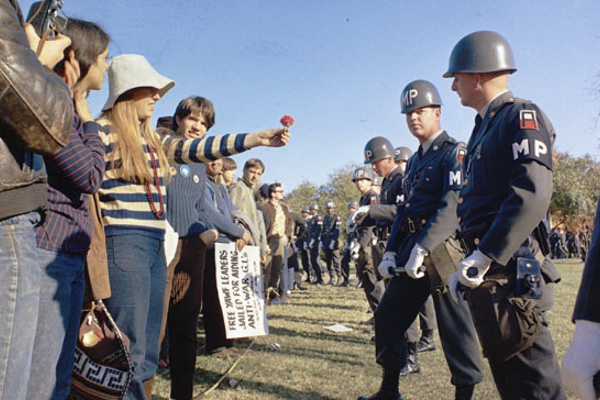 Long before the advent of the coronavirus pandemic left people around the world desperate for survival, a popular assumption emerged that national governments are also supposed to promote the happiness and well-being of their citizens.  This idea was expressed in the U.S. Declaration of Independence, which proclaimed that governments are instituted to secure humanity’s “unalienable rights” to “life, liberty, and the pursuit of happiness.”

What are we to think, then, when we find that the world’s major military powers, which are also among the world’s richest nations, are failing badly when it comes to enhancing public happiness?

According to the most credible study of military expenditures (with figures drawn from 2018), three out of the top four military spenders, in rank order, are the United States, China, and India.  Although Saudi Arabia is 3rd, France 5th, and Russia 6th on the list, Russia’s military expenditures do not fall far behind those of Saudi Arabia and France.  Furthermore, Russia has the world’s largest nuclear arsenal and fifth largest army.  Therefore, Russia is usually considered one of the world’s top four military powers.

But happiness is quite another matter.  The World Happiness Report for 2020―a survey done by the Sustainable Development Solutions Network for the United Nations―produced a very different ranking of nations.  Based on how happy the citizens of 156 countries perceived themselves to be, the report concluded that, when it came to happiness, the United States ranked 18th, Russia 73rd, China 94th, and India 144th among nations.  Although the United States could take some comfort in outdistancing its major military-industrial rivals, the fact is that, despite its consistent pre-eminence in military and economic power, between 2012 and 2020 its happiness ranking dropped from 11th to 18th place among the nations of the world.

How should we account for this phenomenon?  The most obvious explanation is that great military and economic power does not guarantee a country’s happiness.  Indeed, it might even undermine happiness.  After all, spending on military ventures diverts resources away from civilian needs, while wars create death and destruction.  It’s worth noting that the United States, Russia, and India have all been busy for years engaging in bloody military conflicts.  China, despite its rising military power, has kept free of them in recent times, and this might help explain its rise in the global happiness ranking from 112th in 2012 to 94th in 2020.

Powerful national economies, too, do not necessarily lead to widespread happiness, particularly among the poorest citizens.  Economic inequality has certainly caused significant discontent within these nations, and the rise of “the billionaire class” has exacerbated it.  Moreover, these countries’ emphasis on consumerism and materialism has created desires that cannot always be satisfied by the acquisition of products or wealth.

We can get a better idea of what produces happiness by looking at the nations that placed in the top ten on the 2020 happiness scale.  Ranked in order, they are Finland, Denmark, Switzerland, Iceland, Norway, Netherlands, Sweden, New Zealand, Austria, and Luxembourg.  None is a major military or economic power, and none is today fighting a war.  What they also have in common, the World Happiness Report observes, is a “well-functioning democracy, generous and effective social welfare benefits, low levels of crime and corruption, and satisfied citizens who feel free and trust each other and governmental institutions.”

Whatever the reasons for the greater sense of well-being among citizens of these top-ranked nations, it’s clear that they are considerably happier than the people of the United States, China, India, and Russia.  Perhaps it’s time for the citizens of the “great powers” to ask themselves if they are truly benefiting from the much-vaunted military and economic strength of their nations.