The Dirty History of Soap

Judith Ridner is Professor of History at Mississippi State University. 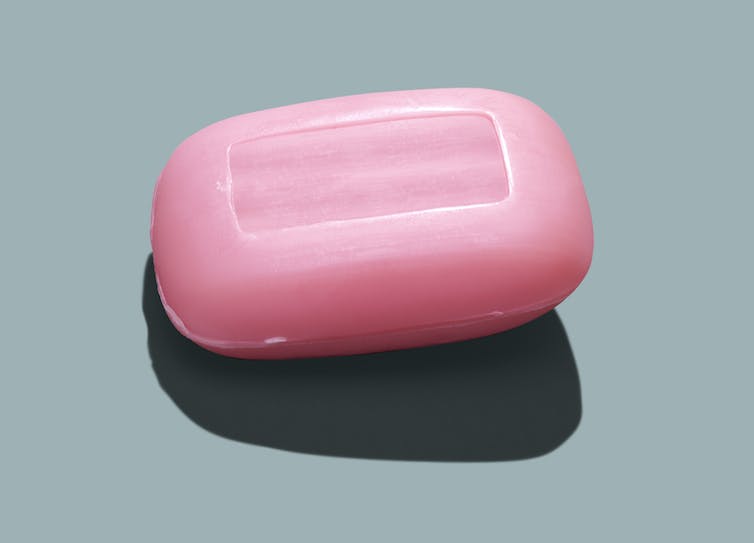 How many times a day do you use soap? Paul Linse/The Image Bank via Getty Images

“Wash your hands often with soap and water for at least 20 seconds.” That’s what the CDC has advised all Americans to do to prevent the spread of COVID-19 during this pandemic.

It’s common-sense advice. The surfactants found in soap lift germs from the skin, and water then washes them away. Soap is inexpensive and ubiquitous; it’s a consumer product found in every household across the country.

Yet few people know the long and dirty history of making soap, the product we all rely on to clean our skin. I’m a historian who focuses on material culture in much of my research. As I started digging into what’s known about soap’s use in the past, I was surprised to discover its messy origins. 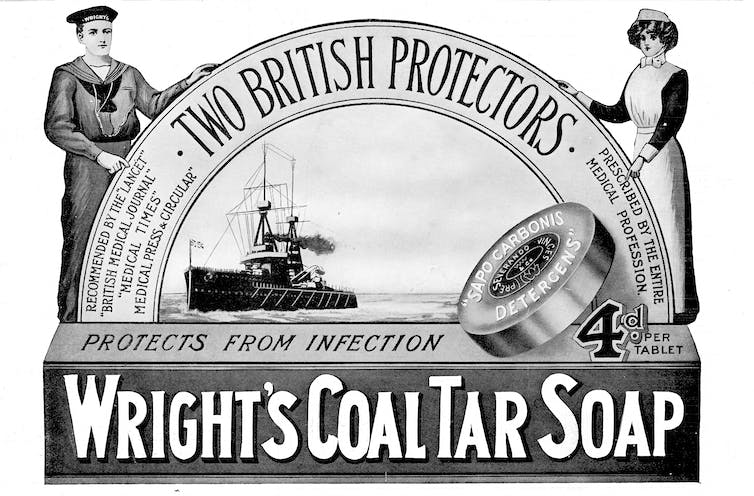 From animal fat to coal tar, what goes in tends to be pretty dirty. SeM/Universal Images Group via Getty Images

Gross ingredients to clean things up

Ancient Mesopotamians were first to produce a kind of soap by cooking fatty acids – like the fat rendered from a slaughtered cow, sheep or goat – together with water and an alkaline like lye, a caustic substance derived from wood ashes. The result was a greasy and smelly goop that lifted away dirt.

An early mention of soap comes in Roman scholar Pliny the Elder’s book “Naturalis Historia” from A.D. 77. He described soap as a pomade made of tallow – typically derived from beef fat – and ashes that the Gauls, particularly the men, applied to their hair to give it “a reddish tint.”

A strigil and flask. Heritage Images/Hulton Archive via Getty Images

Ancient people used these early soaps to clean wool or cotton fibers before weaving them into cloth, rather than for human hygiene. Not even the Greeks and Romans, who pioneered running water and public baths, used soap to clean their bodies. Instead, men and women immersed themselves in water baths and then smeared their bodies with scented olive oils. They used a metal or reed scraper called a strigil to remove any remaining oil or grime.

By the Middle Ages, new vegetable-oil-based soaps, which were hailed for their mildness and purity and smelled good, had come into use as luxury items among Europe’s most privileged classes. The first of these, Aleppo soap, a green, olive-oil-based bar soap infused with aromatic laurel oil, was produced in Syria and brought to Europe by Christian crusaders and traders.

French, Italian, Spanish and eventually English versions soon followed. Of these, Jabon de Castilla, or Castile soap, named for the region of central Spain where it was produced, was the best known. The white, olive-oil-based bar soap was a wildly popular toiletry item among European royals. Castile soap became a generic term for any hard soap of this type.

The settlement of the American colonies coincided with an age (1500s-1700s) when most Europeans, whether privileged or poor, had turned away from regular bathing out of fear that water actually spread disease. Colonists used soap primarily for domestic cleaning, and soap-making was part of the seasonal domestic routine overseen by women.

As one Connecticut woman described it in 1775, women stored fat from butchering, grease from cooking and wood ashes over the winter months. In the spring, they made lye from the ashes and then boiled it with fat and grease in a giant kettle. This produced a soft soap that women used to wash the linen shifts that colonists wore as undergarments.

In the new nation, the founding of soap manufactories like New York-based Colgate, founded in 1807, or the Cincinnati-based Procter & Gamble, founded in 1837, increased the scale of soap production but did little to alter its ingredients or use. Middle-class Americans had resumed water bathing, but still shunned soap.

Soap-making remained an extension of the tallow trade that was closely allied with candle making. Soap itself was for laundry. At the first P&G factory, laborers used large cauldrons to boil down fat collected from homes, hotels and butchers to make the candles and soap they sold. 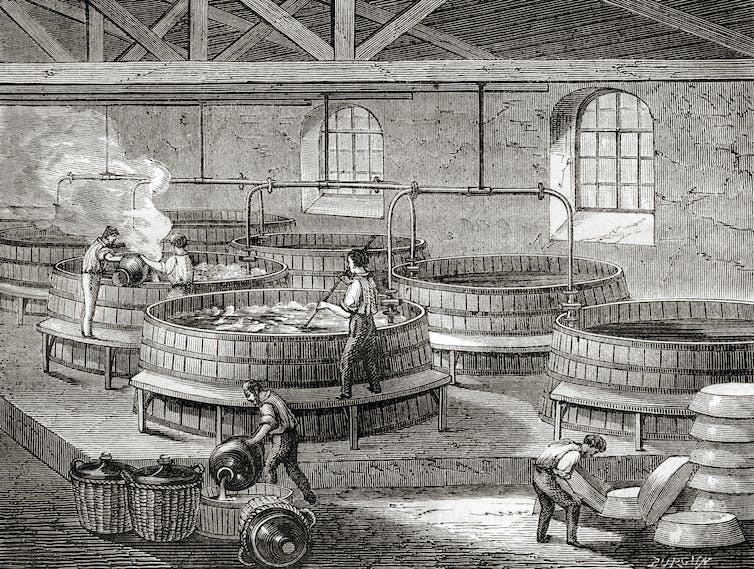 Workers tended to soap in large tanks in a French factory circa 1870. Universal History Archive/Universal Images Group via Getty Images

From cleaning objects to cleaning bodies

The Civil War was the watershed. Thanks to reformers who touted regular washing with water and soap as a sanitary measure to aid the Union war effort, bathing for personal hygiene caught on. Demand for inexpensive toilet soaps increased dramatically among the masses. 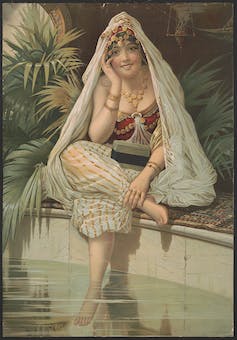 Palmolive ads, like this one from 1900, stressed the exotic ingredients in the green bar. Library of Congress Prints and Photographs Division, CC BY

Companies began to develop and market a variety of new products to consumers. In 1879, P&G introduced Ivory soap, one of the first perfumed toilet soaps in the U.S. B.J. Johnson Soap Company of Milwaukee followed with their own palm-and-olive-oil-based Palmolive soap in 1898. It was the world’s best-selling soap by the early 1900s.

Soap chemistry also began to change, paving the way for the modern era. At P&G, decades of laboratory experiments with imported coconut and palm oil, and then with domestically produced cottonseed oil, led to the discovery of hydrogenated fats in 1909. These solid, vegetable-based fats revolutionized soap by making its manufacture less dependent on animal byproducts. Shortages of fats and oils for soap during World Wars I and II also led to the discovery of synthetic detergents as a “superior” substitute for fat-based laundry soaps, household cleaners and shampoos.

As a 1947 history of P&G observed: “Soap is a desperately ordinary substance to us.” As unremarkable as it is during normal times, soap has risen to prominence during this pandemic.

[Get facts about coronavirus and the latest research. Sign up for The Conversation’s newsletter.]