Graduate Students: NOT THE WORST

Michelle Nickerson is an Associate Professor of history at Loyola University, Chicago. She is the author of Mothers of Conservatism: Women and the Postwar Right (Princeton University Press), co-editor of Sunbelt Rising: The Politics of Place, Space, and Region (University of Pennsylvania Press), and a 2020 Fulbright Scholar and 2020 Louisville Institute Fellow. 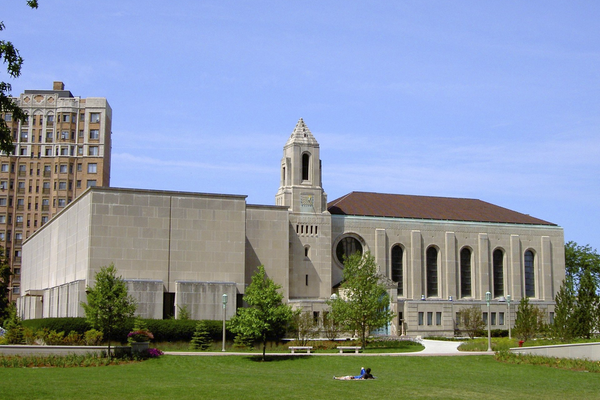 There is a lot to be depressed about if you are a college instructor right now.  Virtual teaching reveals itself, again, as a less than ideal platform for communicating with students and generating classroom camaraderie.  The budgetary forecast gets grimmer by the day as we face plummeting enrollments, pay cuts, furloughs, and lay-offs.

Yet teaching, especially in these abysmal conditions, has buoyed me.  My students are lifting me up with their resilience, creativity, and shockingly good performance.

I have the privilege of teaching only one class this semester; and it’s a graduate research seminar.  I know, it’s cushy.  My university made this arrangement with me—front-loading most of my course work in the fall—so I could leave early this semester to teach a Fulbright semester in Germany.  I was not supposed to be sitting here in my Chicago home, grading and writing while supervising my 11-year-old’s virtual learning (I won’t pretend to call this home schooling).  I had been making arrangements for an exciting summer of teaching at the University of Heidelberg, scaling the Alps, cooking courses in Paris, and trips to places I had never visited before.  I do not need to tell you what happened to all that.

As lockdown continued into March 40th, 41st, 42nd, I encountered many of the problems we are lamenting to each other on Twitter and Facebook.  The tech failed multiple times before it worked, Zoom discussions felt awkward, and students expressed their shared sense that historical research felt a lot less meaningful than it had weeks earlier.  Their fatigue and frustration set me up to do what my administrators and colleagues had been advising since February—lower expectations.

The first drafts of their papers arrived in my inbox right as stay-at-home orders came down.  My addled lockdown brain could not honestly assess if they were any rougher than drafts of earlier semesters.  Like my colleagues, my main thought was: “get them through this semester.  Your job is to help them finish as best they can.”  They then dazzled me with their final papers.

I still cannot believe it.  When we spoke on Zoom last week, one student was recovering from COVID while another was nursing his infected partner. One was trying to finish her work while starting a full-time archive job, but virtually. Another was still teaching elementary school fulltime, but from her living-room sofa.  Several had completely relocated themselves and their belongings to points out of state, either because they were kicked out of campus housing or because family circumstances demanded a transfer.  One moved her elderly parents into her home so she and her spouse could provide care for her mother, who is recovering from a recent cancer surgery.  Thank God for her wicked-sharp sense of humor which somehow still makes appearances, like when she logged into zoom with a virtual display of hell as her background.

I feel relieved that some of them have had the good sense to ask for incompletes so they could focus their attention on the pressing matters at hand.   The others?  Their work is the sunshine breaking through this cloudy Chicago spring.  Polished writing and vivid details are filling me with joy.  I had expected something less-than; I would have been fine with errors and superficial analysis this time around, but instead they whiplashed me with improvements.  I don’t know how, but they rallied as a collective.  Graduate students are sometimes picked on for their quirky intensity (cue the 30-Rock “graduate students are the worst!” memes), but it is precisely these idiosyncrasies that animate and inspire me at the moment.  My civil-war-history enthusiast asked if he could have an extra day on the project because he was feeling the weight of finishing the very last piece of written work of his entire graduate career.  The care I saw in that day-late draft practically moved me to tears—I don’t think there is one typo.  Another, who scared me by going incommunicado in March, emerged from his isolation with a captivating study of Vietnam veteran artists.  I have another urban history paper that is, I think, almost ready for publication.  Its writer just wrote back a nervous “okay” to my earlier email about sharing it with some colleagues.

I will admit, it’s not just the classwork.  At least one of these students moves me with his masterful kitchen experiments.  Wowed (along with his other other followers) by his Instagram posts of sourdough tartines, smothered porkchops and bread puddings, I convinced him to barter some of his chocolate chip cookies for a homemade mask.  Somehow, he also produced a compelling history of burlesque performance in turn-of-the-century Chicago.  Another invited me to participate in a virtual lecture on an architectural tour site about the 19th-century theater scene in Chicago, which was also the topic of his seminar paper.

I want to hug them, throw them a party.  But, of course, there’s no way that’s going to happen.  It especially kills me that I can’t celebrate my graduating students.  I am one of those professors who actually likes the ceremony and bravado of commencement, especially at Loyola where we process to the drone of bagpipes—gets me every time.  Damn this virus! Some of my students are already getting ready to move, trying to figure out what to do with the piles of books that the library does NOT want them to cram into campus return boxes.  I just imagine them closing their trunks of their cars and driving off… no applause, no toasts, no fist bumps (er…elbow bumps?).

New York Times columnist David Brooks recently broke from his usual rallying cry for broad-based liberal arts curricula to speculate that health-care workers are showing great heroism in the moment because their hard-core education experiences have given them exceptional training and grit.  “While most academic departments slather students with A’s,” he writes, “science departments insist on mastery of the materials.”  I do not dispute the problem of grade inflation; and I think that doctors, nurses, and first-responders deserve our respect for their sacrifices.   Still, the supposedly “coddled” students in my history class have shown me what it means to rise to the occasion and perform like the world is watching—even when no one is.  They don’t need a grade boost from me.