James Madison’s Last Stand: Are We Witnessing the End of Liberal Democracy?

Richard Matthews is NEH Distinguished Professor of Political Science, Chair of the Department of History at Lehigh University and author of the critically acclaimed "If Men Were Angels”: James Madison and the Heartless Empire of Reason, (University Press of Kansas, 1995). 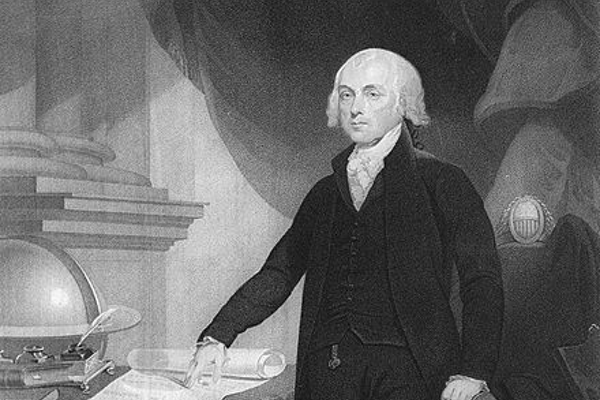 Recent events--from Black Lives Matter protests, to a show trial for an impeached president, to the mismanaged spread of COVID-19, to Stormtrooper-like tactics in American cities—demonstrate that liberal democracy is under siege. To better understand this unique moment in the history of this worldview, a brief look at its past may help.

Liberal democracy has a long history. Along with modernity, the rise of the market society, the decline of feudalism, greater individual agency, and the emergence of reason as the new secular deity, came liberalism. Here liberalism calls for liberating the individual from oppressive institutions of the past, such as feudalism, divine right, and the church. Over the course of time, and with the rise of industrialization, democracy—the idea that citizens must have the right to elect those in power--attached to liberalism and became liberal democracy.

Democracy was not always highly valued. At least as far back as Plato and Aristotle, it was viewed as a specific kind of society and as an illegitimate form of government. However, by the middle of the 19th century in the West, democracy slowly grew in popular support as thinkers embraced liberalism’s emphasis on the rational, free individual, and thereby emphasized the ethical necessity of such individuals being granted the vote.

James Madison, “father of the Constitution,” was a liberal, if not a fan of democracy; he favored limiting the vote to property owners. Thomas Jefferson, in contrast, was among the first to endorse the idea of universal white manhood suffrage independent of property ownership. After the passage of the 15th, 19th, and 26th Amendments, enforced by the Voting Rights Act of 1965, the U.S. could be considered to be moving closer to becoming a legitimate liberal democratic government as suffrage expanded to all citizens.

And yet representation in the Senate has never been democratic, as it overrepresents the smallest states. Even more significant is the anti-democratic nature of the Electoral College. President Donald Trump’s election was lawful, but not democratic; Hillary Clinton received nearly 3 million more votes than Trump garnered. That said, democracy is no longer viewed simply as a mechanism for picking leaders where the majority of voters decide; rather, it has slowly evolved to be envisioned as a type of society where, in addition to being able to vote, the social norms are such that individuals enjoy an equal, effective right to reach their human potential. In sum, contemporary liberal democracy values individual freedom, the rule of law, toleration of differences, a free press, science and reason, and equal and effective rights to the pursuit of a meaningful life.

Donald Trump’s words and actions, as candidate and president, raise questions of his ideological identity. The sole liberal democratic characteristic he appears to embrace is individual freedom, but even this he does not extend to everyone.  Since he does not believe in liberal equality, his notion of individual freedom applies only to “real” Americans. Other behaviors he demonstrates that make up his ideology include belief in himself as the infallible, charismatic leader, his embrace of myth over science and reason, anti-intellectualism, nationalism, xenophobia, intolerance, violence, and his longing for a press that endorses rather than challenges him. Unlike charismatic leaders in the past, Trump’s powers are significantly magnified by his ability to use social media as “twitterer in chief,” where he can speak directly to his base without anyone challenging his version of reality. Whether one considers these Trumpian characteristics more consistent with fascism, populism, or authoritarianism, they clearly are not hospitable with  liberal democracy. The crucial question of the moment is, can the political system designed by Madison deal with this challenge? Or are the days of liberal democracy receding into the night of Trumpism?

Madison’s brilliant plan assumed individuals and institutions are self-interested actors, and with his guiding principle that “ambition must be made to counteract ambition,” it followed that a strong yet non-tyrannical government could be constructed. In the Federalist 51 he summarized the problem confronting the framers: “You must first enable the government to control the governed; and in the next place, oblige it to control itself.” That early Americans did not want a king should be a self-evident truth; indeed, the twin ideas of self-government and that no person would be above the law—whether president or king—propelled the American Revolution.

Madison was also concerned about a second kind of tyranny--that of a majority of citizens, those without property, dominating the propertied minority. Therefore, those who rule, he thought, should be representative of the propertied. Madison hoped to construct a system that would ultimately control itself and, with the clear exception of the Civil War, the system functioned well. Until now.

Moreover, since he viewed the Congress as the most powerful branch, it too required internal balancing by having two independent bodies--the House and the Senate--checking each other. If the Electoral College accidentally picked someone who thought s/he was king, the checks Madison designed to thwart that individual would be many. Both Congress and the Supreme Court could check this person, as could the entire federal and state judiciaries. Federalism provided an additional mechanism as states, with their own constitutionally protected authority, could thwart an overly ambitious president.

Elections, and if need be impeachment, were additional methods to thwart tyranny. Nevertheless, Madison assumed that self-interest would motivate these bodies to protect their own power. The House would want to check a president’s encroachments, as would the Senate. He assumed each legislative branch would vigilantly guard its power and not allow a president to become too powerful. Under Trump’s reign, the Senate has clearly not fulfilled its checking function. In contrast, the courts at multiple levels have blocked President Trump, as have some states.

That said, Madison’s system to date has only offered speed bumps to slow down Trump’s momentum. Even the 2018 elections—when the House flipped to the Democrats, allowing them to impeach the President—was ultimately unsuccessful in limiting his power. Madison’s final check and arbiter of the life or death of liberal democracy will be the 2020 elections. Here candidate Trump, who violently responded to Black Lives Matter and acted the role of Neville Chamberlain with his “War on COVID-19,” is up for direct judgment.

For those of us who believe liberal democracy could become a kind of society where each individual has the chance to fulfill his or her potential, a vote that is Electoral College-proof is essential. Small wonder that so many humans look at the impending election as being a defining moment for the both the dreams of liberal democracy and the future of the world.