The "Noble Dead": Warren Harding and the Resting Places of the WWI Fallen

James D. Robenalt is the author of four nonfiction books, including The Harding Affair, Love and Espionage During the Great War. He lives in Shaker Heights, Ohio. 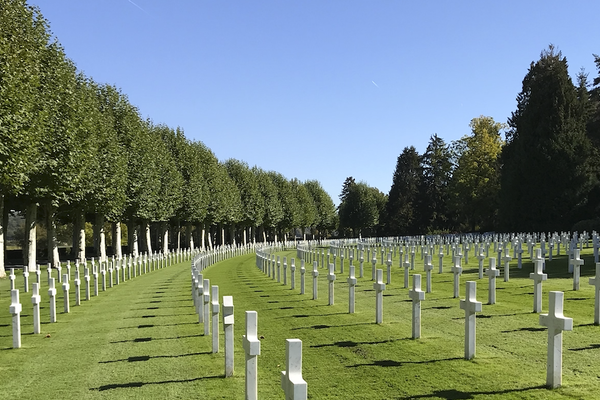 With controversy swirling around President Trump’s decision in 2018 not to visit Aisne-Marne, a World War I cemetery for American soldiers located some fifty miles outside Paris, one wonders why some American war dead from the Great War were left behind in France, and why some were brought home. A president from the time provides the answer, one who referred to fallen Americans not as “losers” but as “the noble dead.”

Warren Harding, our nation’s twenty-ninth president, not only received the first flag-draped wooden coffins to be returned from Europe after the war, he was also the Chief Executive who dedicated the Tomb of the Unknown Soldier at Arlington National Cemetery.

On May 23, 1921, two-and-one-half-years after the end of the fighting in Europe, 5112 coffins, containing bodies of soldiers, sailors, marines and nurses, newly returned from France, were carefully set out in a shipyard at Army Pier 4 in Hoboken, New Jersey. The rows of coffins stretched for city blocks. President Harding, who had just taken office in March, arrived via the presidential yacht, the USS Mayflower. While onboard, he composed a short address that reflected the solemnity and the expected shock of seeing so many caskets arrayed in one place.

“There grows upon me,” he said from a bunted platform erected in front of a single, representative coffin, “the realization of the unusual character of this occasion.” Because this simple ceremony had been hastily arranged, President Harding and First Lady Florence Harding appeared in front of what one correspondent described as “a pitiful little handful of soldier relatives while a guard of honor, grim in khaki and trench helmets, stood frozen at attention over their comrades.”

Harding recognized that “our Republic has been at war before, it has asked and received the supreme sacrifices of its sons and daughters, and faith in America has been justified.” But this display was different, unparalleled. “We never before sent so many to battle under the flag in foreign lands,” he said. “Never before was there the spectacle of thousands of dead returned to find their eternal resting place in the beloved homeland.”

The decision to bring remains home from foreign soil was a complicated, extended and negotiated affair. America had no established precedent to consult. When it became clear that there would be a staggering death toll during the Civil War, President Abraham Lincoln signed a law authorizing the creation of national cemeteries (which would include a cemetery at Gettysburg). For years after the war, the remains of Northern soldiers hastily buried near battlefields were exhumed and reburied in venerated cemeteries. And in the handful of small wars where Americans died overseas, sometimes remains were recovered, sometimes not. 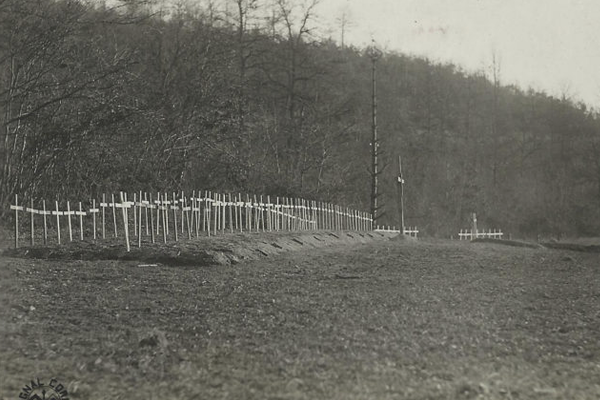 World War I created a dual challenge. Nearly 75,000 Americans were buried in temporary graves in France and the cost to recover that many bodies was daunting. Moreover, leaders in France did not relish the idea of endless trains bearing disinterred remains of American dead rumbling through the countryside to ports for shipment back to the United States. France had its hands full with the staggering work to reclaim dangerous and devastated land, not to mention millions of corpses, from a war that had been waged mostly on its soil. So, France banned the repatriation of any bodies from January 1919 until January 1922, though it relented from the three-year ban in response to American pressure. Hence, it fell to Warren Harding, elected 100 years ago in November 1920, to meet the first returned.

In the United States many families demanded a return of their loved one’s remains, worried that they would be forgotten in unmarked or untended graves. The government decided to let families decide whether to seek the return of remains or to leave them where they had fallen, either in existing graves or in nearby official American cemeteries established in France. Ballots were sent to over 80,000 families to discuss and debate the decision. In the end, about 40,000 bodies were returned and 30,000 were left, buried almost exclusively in American cemeteries. 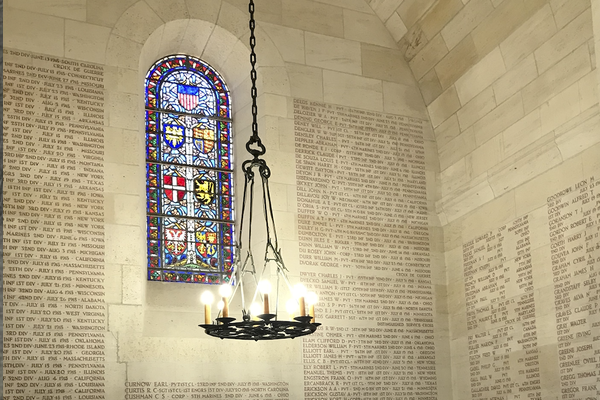 The names of dead and missing are engraved on a chapel wall near Belleau Wood. Photo by author.

Enter Aisne-Marne. This American cemetery is the final resting place for nearly 2,300 Americans. Built at the base of a hill on which stands Belleau Wood, the site of one of the most monumental battles of the war. This is where the Marines helped stop the German advance towards Paris in the summer of 1918. The Americans arrived just in time and the cost in human lives was severe. The Marine Corps venerates Belleau Wood as sacred ground, no doubt the reason that John Kelly, then chief of staff to President Trump, made the trip to Aisne-Marne even when the president bailed, allegedly because of weather.

Kelly was a retired 4-star general of the United States Marine Corps. His son Robert, also a Marine, was killed-in-action in Afghanistan in 2010. John Kelly knew the importance of visiting Aisne-Marne on the one-hundredth anniversary of America’s pivotal engagement in the war; he understood the duty to the families of those buried overseas in American cemeteries to remember and honor “the noble dead.”

Six months after Harding welcomed home the remains of the first 5,000 returned from Europe, he dedicated the Tomb of the Unknown Soldier at Arlington National Cemetery. On November 11, 1921, the third anniversary of the Armistice, Harding said it mattered little whether the unknown was “a native or adopted son.” The sacrifice was the same. “We do not know the eminence of his birth,” he added, “but we do know the glory of his death.” 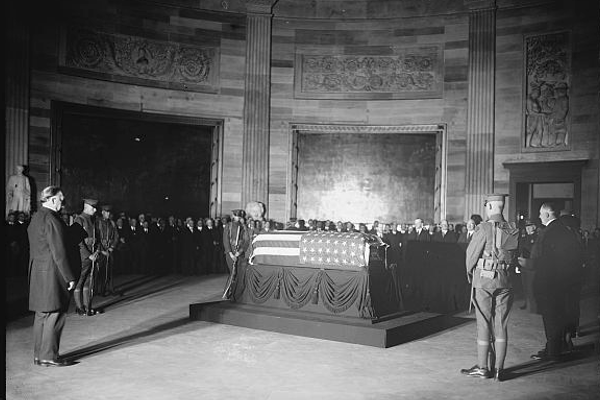 President Harding expressed the gratitude of the nation for the ultimate sacrifice of the warriors, what Lincoln called at Gettysburg the “last full measure of devotion.” But he challenged his fellow citizens to do more than to pay tribute to the fallen hero in the unknown tomb. He asked that every American "unite to make the Republic worthy of his death for flag and country.”

Just as Americans visit and revere the graves of those in Arlington and other national cemeteries in the United States, it is important to remember that the nation made a solemn compact with the families of those who were lost in the First World War. The government promised that the sons or daughters of those gold-star families would be buried in American cemeteries, cared for and tended to by Americans, so that no one would forget them or their sacrifice and so that Americans, when overseas, could locate and venerate their honored dead.