Winners, All: A Personal History of Soldiers at War 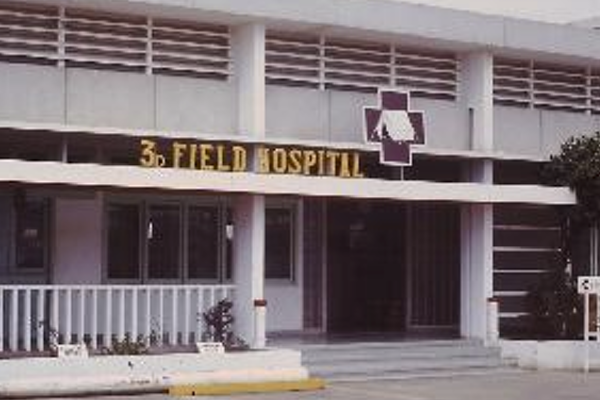 According to multiple, increasingly unimpeachable reports, President Donald Trump disparaged those who served in the military, including the wounded and the dead who defended the United States. He called them, “suckers and losers.” He indicated they were fools to have served their country.

When I went to Vietnam in 1966 as bureau chief for NBC News, I thought my assignment would be straightforward: run the bureau, decide which stories correspondents and cameraman would cover, ship those stories on time, be the best I could be in competition with the CBS and ABC, and keep an accurate set of books. My bosses in New York asked nothing less from me than to cover a war that consumed America. I had a rotating staff of Americans, Vietnamese, Koreans, Japanese, French, British and Germans.

Sometimes members of my staff got hurt, suffered minor wounds, and had other illnesses that put them into hospital for care and recovery. That meant I put on yet another hat, that of visitor to the American Army 3rd Field Hospital at Tan Son Nhut Airbase just northwest of Saigon.

Because of the generosity of the American military, and the respect given to NBC News, when someone on my staff got ill or hurt, I was able to secure for them a bed at 3rd Field. When I had someone in hospital I always visited him, sometimes three times a week. When I made those visits I learned more about our fighting men than anything I saw in combat. With as many as 1200 beds to service Army, Marines, Navy and Air Force wounded in combat, 3rd Field was a microcosm of the men who fought and suffered in the war.

It was there that I got my real baptism of fire in the war. It was there that I saw the results of a war, mostly in the horrific wounds that we did not often report because we never got around to it properly. It was there that I learned about the unflagging spirit of young men who would never be the same because of their serious wounds. The first time it happened came after visiting one of my staff who was recovering from an attack of malaria. As I was leaving a nurse approached me and said, “ We are really shorthanded today. Can you help us feed the men?” I wanted to say no but I could not refuse her request and said, yes. There it was, a new role. I had become a volunteer to help them with their duties. It would become something I did after every visit to the hospital. Here is an excerpt of that first experience as edited, from my oral history, “The Soldiers’ Story.”

“As we spoke, doctors, medics, and nurses were on the incoming ramp outside the hospital, receiving a large number of severely wounded men who had just arrived from an ambush near the Cambodian border. True, as usual, the hospital did not have enough staff. The recently heavy influx of wounded demanded the staff’s full attention. It needed help. I suddenly became part of what the hospital needed.

"It was lunchtime, the hour to feed the men on the ward. A medic brought me a kitchen door. He gave me a small trolley loaded with food, and an apron and handed me a list of names to go with each tray. He then started me down a wide aisle with a long row of beds on each side. It felt like the inside of a World War II Hollywood movie—only this was real. One row of beds ran along the outside wall, which had large windows with white adhesive tape in crisscross patterns to prevent flying glass if bombs or rockets hit the building. The other row lined up against the inside wall, with a seriously wounded man in each bed. I planned to open their tray table, swing it up, around, and over their prone bodies, hand them the tray, and walk away. That proved unrealistic and impossible. Some of these men had no hands, no arms, no legs. They had so many serious wounds; they could not eat without help. It was the middle of 1967. I had been in Vietnam more than a year, and I had seen my share of horror. But being in the presence of so many wounded in one place was very difficult. As I marched down the aisle distributing trays of food, I saw that I had to feed many of the men. Some were patient; others were not. One man, more a boy of less than twenty, his body swathed in white bandages, lay unmoving. But his eyes were bright—they burned with life’s fire. And he could talk.

"I stopped and turned to look at him. There seemed to be so little of him left, but he was still alive. Here was a young man who had held out for life when faced with almost certain death. The futility surrounding his future would come much later in his recovery. Now he was in charge, and he demanded service.

I moved over to him, unwrapping the tray as I approached his bedside. Wrapped in bandages and a plaster cast from his head to his toes, he resembled a mummy from a 1930s’ film. There were two black holes for his eyes, two black holes for his nostrils. His mouth was a larger black hole in his white-bandaged head. So I fed him. One spoonful at a time. Spoon by spoon. Slowly.

He sighed deeply and was quiet. I moved away and distributed the rest of my trays. This was gut-real. War is mostly what is in front of you at the moment. War for me then was the seemingly hopeless situation of that blond-haired youth. But he was not helpless. I learned that, though badly wounded, their individual spirits were strong, and that these young men had an enormous gusto for life."

These wounded men, mostly all young, did not make the war they signed up for. After seeing combat, many did not want to be in Vietnam any longer than they had to. Many complained but they stayed the course and finished their enlistment or the terms of their draft. The wounded men I saw at 3rd Field Hospital and talked to week after week, year after year, were something special.  Most had an enormous spirit and a gift for life unlike anything I had ever seen. No matter how seriously wounded, they belong in every parade. They should never be out of sight. We must never forget who they were, and who they now are. Whether they knew it at the time, they were the spirit of America. Today they still are. Winners all, they were not then suckers, losers, fools or mugs.