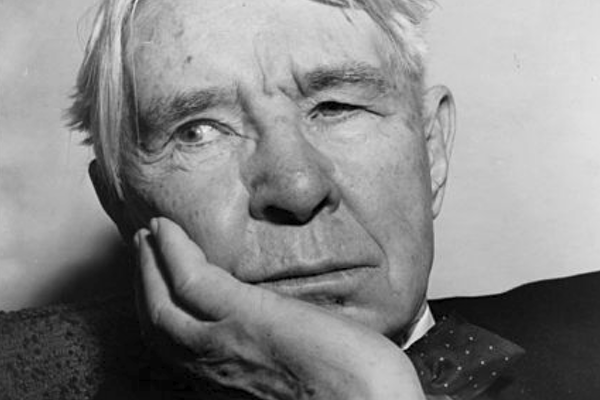 In reading Pope Francis’s latest encyclical, Fratelli tutti [All brothers]: On Fraternity and Social Friendship, I was struck by how much it reminded me of Carl Sandburg’s life (1878-1967) and works. The latter included not only his poetry and many volumes on Abraham Lincoln, but also many other works of prose. Most noteworthy were the Pope’s words “we need to think of ourselves more and more as a single family dwelling in a common home” (Point #17) and similar words of Sandburg in the Prologue for the extremely popular The Family of Man (1955).

The latter was primarily a book of photographs put together by Sandburg’s brother-in-law, Edward Steichen. It featured pictures from around the world meant to demonstrate humanity’s oneness. In it Sandburg wrote: “Everywhere is love and love-making, weddings and babies from generation to generation keeping the family of Man alive and continuing. . . .Though meanings vary, we are alike in all countries and tribes in trying to read what sky, land and sea say to us. Alike and ever alike we are on all continents in the need of love, food, clothing, work, speech, worship, sleep, games, dancing, fun.”

Like Pope Francis, Sandburg was especially insistent on the oneness we should display toward the poor, unfortunate, and victims of discrimination. In his encyclical the pope writes, “Racism is a virus that quickly mutates and, instead of disappearing, goes into hiding, and lurks in waiting” (#97). In 1961, the poet’s friend Harry Golden wrote that for Sandburg “the fight against anti-Semitism and Negrophobia had been a special project.”

In his book The Chicago Race Riots, July 1919, the poet indicted the racism that had propelled attacks against African Americans. In 1966, he was made a lifetime member of the National Association for the Advancement of Colored People (NAACP), and its head, Roy Wilkins, declared him “a major prophet of Civil Rights.” (Unless otherwise indicated, all quotes about and from Sandburg are taken from my “The Wisdom of Carl and Paula Sandburg.”) During World War II the poet hired two Japanese-Americans to work for him during the same period that over 100,000 other such Americans were being uprooted and sent to internment camps. He also wrote a column warning against such prejudice.

Although not a Catholic, Sandburg shared the Pope’s abhorrence of religious prejudice. While Francis wrote of the necessity of “harmony and understanding between different cultures and religions” (#279), Sandburg once indicated his appreciation of various religions by saying, “I am a Christian, a Quaker, a Moslem, a Buddhist, a Shintoist, a Confucian, and maybe a Catholic pantheist.”

The works of both the poet and the Pope also display a deep sympathy for immigrants. Sandburg was the son of two Swedish immigrants, and Francis’s father was an Italian immigrant to Argentina, where he married Francis’s mother, also of Italian ancestry. In such poetic works as his Chicago Poems (1916) and The People, Yes (1936), Sandburg displays his affection for immigrants. In his encyclical, Francis indicates that our attitude toward them should be “welcome, protect, promote” (#129).

In his The People, Yes and other works, in the words of one scholar, Sandburg “wanted Americans to understand and appreciate the common man and the common laborer.” Toward the end of his last volume on Lincoln, he wrote “to him the great hero was The People. He could not say too often that he was merely their instrument.” This emphasis on the masses was a consistent element in Sandburg’s writing. In his Chicago Poems, in the poem “I Am the People, the Mob,” he wrote, “I am the people—the mob—the crowd—the mass, / Do you know that all the great work of the world is done through me?” Francis’s encyclical displays a similar spirit: “To be part of a people is to be part of a shared identity arising from social and cultural bonds. . . . a slow, difficult process . . . of advancing towards a common project” (#158).

In Fratelli tutti, Francis uses the phrase “common good” more than 30 times. As he made clear in his 2015 Address to the U.S. Congress, this should be the main goal of politics (in 1959, on the occasion of the 150th anniversary of Abraham Lincoln's birth, Sandburg had previously been privileged to address the Congress).

To achieve this good, both the Pope and the poet advised openness, tolerance and dialogue. In The People, Yes, the poet wrote:

The people have the say-so.

Who knows the answers, the cold inviolable truth?

And how few they are who search and hesitate and say:

my guess for what it is worth as one man's guess.”

In 1959, Sandburg went with his brother-in-law to a traveling photography exhibit in Moscow, where both men hoped the exhibition would further understanding among Cold War rivals.

Chapter Six of Francis’s encyclical is entitled “Dialogue and Friendship in Society,” and in it he writes, “if we want to encounter and help one another, we have to dialogue.” He eschews rigid dogmatism and intolerance and believes that people should reason together to advance the common good. In his 2015 encyclical on climate change he mentioned dialogue about two dozen times and in his address to Congress a dozen times, while also adding that “a good political leader is one who, with the interests of all in mind, seizes the moment in a spirit of openness and pragmatism.”

Although the pope does not use the word “capitalism” in his present encyclical, just as he had not in a 2013 detailed criticism of capitalist excesses, he again employs various terms to decry the economic practices of countries, like the USA, that are often labeled “capitalist.” For example, “Local conflicts and disregard for the common good are exploited by the global economy in order to impose a single cultural model.”

Sandburg was also a strong critic of capitalist excesses. For at least a decade, from 1907 to 1917, he considered himself a socialist, and strongly defended Socialist Party positions until he split with most socialists in 1917 by supporting President Wilson’s decision to go to war with Germany. Yet in the 1920 presidential election he still voted for his friend, the Socialist candidate Eugene Debs. Later on, Sandburg was a strong supporter of Franklin Roosevelt, who hemmed in capitalist excesses with his New Deal and was, according to historian Robert Dallek, “ever the pragmatist.”

In my essay on Sandburg’s wisdom is a section on “Achieving Wisdom and Balance in an Age of Consumer Culture and Mass Media,” which points out the poet’s early criticism of TV’s emphasis on consumption--e.g., “more than half the commercials are filled with inanity, asininity, silliness and cheap trickery.” Similarly in a Fratelli tutti section labeled “Information without wisdom,” the pope writes, “The flood of information at our fingertips does not make for greater wisdom. Wisdom is not born of quick searches on the internet nor is it a mass of unverified data. That is not the way to mature in the encounter with truth.”

In his encyclical the pope also emphasizes, or at least alludes to, other subjects not stressed by Sandburg. For example, he writes that social love “makes it possible to advance towards a civilization of love, to which all of us can feel called.” This love is a “force capable of inspiring new ways of approaching the problems of today’s world, of profoundly renewing structures, social organizations and legal systems from within” (#183). Although Sandburg does not theorize about “social love,” his political philosophy suggests it.

Nor did the poet speculate much about some of the other subjects directly addressed by the Pope’s encyclical. They include war and capital punishment, both of which Francis criticizes at length, or mistreatment of our environment, which, after devoting an earlier lengthy encyclical to, he now once again mentions.

Nevertheless, Sandburg’s multi-volume biography of Lincoln did include the four-volume Abraham Lincoln: The War Years (containing over a million words). Early in World War I, he wrote several poems lamenting the loss of human lives. In August 1941, he stated, “Who wants war? Nobody. Only fools and idiots want war. . . . Yet sometimes the issue comes before a nation of people: Will you fight a war now, or would you deliberately chose another later inevitable war?” In WWII, he wrote a weekly column supporting the U.S. war effort for the Chicago Times syndicate, some of them later published in his 1943 book, Home Front Memo.

Today, however, more than a half-century after Sandburg’s death, we live in a nuclear age. In his encyclical Francis writes: “At issue is whether the development of nuclear, chemical and biological weapons, and the enormous and growing possibilities offered by new technologies, have granted war an uncontrollable destructive power over great numbers of innocent civilians. The truth is that never has humanity had such power over itself, yet nothing ensures that it will be used wisely’” (#278). (His words remind us of those of WWII General Omar Bradley: “Ours is a world of nuclear giants and ethical infants. If we continue to develop our technology without wisdom or prudence, our servant may prove to be our executioner.”)

Fratelli tutti also condemns capital punishment--“All Christians and people of good will are today called to work  . . . for the abolition of the death penalty.” Although Sandburg does not theorize about the death penalty, a few of his poems such as “Killers” and “Legal Midnight Hour” suggest his disapproval of it. (See here for a recent essay on Catholicism and capital punishment in the USA.)

Finally, Sandburg and Pope Francis share two other convictions--the greatness of Abraham Lincoln and the importance of history. In his address to Congress, the Pope listed Lincoln as one of four great Americans. The poet’s six-volume biography of Abraham Lincoln won the Pulitzer Prize for history in 1940, and he frequently pointed out Lincoln’s significance to leaders such as FDR.

In Sandburg’s long novel, Remembrance Rock, (1948) which his publisher declared “follows the growth of the American dream through more than three centuries of our nation’s history,” he has his hero say, “When a society or a civilization perishes, one condition can always be found. They forgot where they came from.” Francis also bemoans the loss of “historical consciousness.” He advises people not “to ignore their history, to reject the experiences of their elders, to look down on the past”; not to “spurn the spiritual and human riches inherited from past generations” (#13), not to “forget the lessons of history” (#35).