Alexis de Tocqueville on the Dangers of Presidential Elections

Kevin M. Cherry is an associate professor of political science at the University of Richmond. His areas of expertise include classical and American political thought. He is the author of Plato, Aristotle, and the Purpose of Politics. 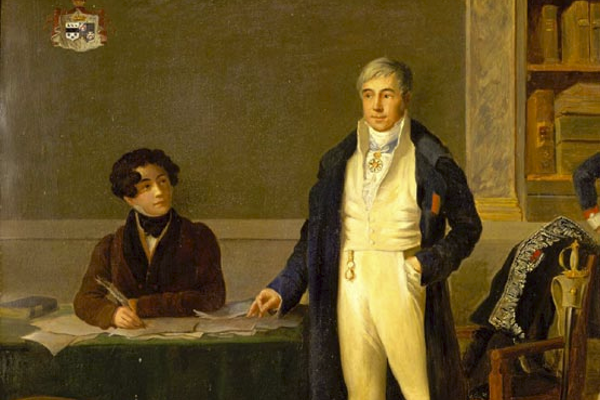 For a long while before the appointed time has come, the election becomes the important and, so to speak, the all-engrossing topic of discussion. Factional ardor is redoubled, and all the artificial passions which the imagination can create in a happy and peaceful land are agitated and brought to light. . . . As the election draws near, the activity of intrigue and the agitation of the populace increase; the citizens are divided into hostile camps, each of which assumes the name of its favorite candidate; the whole nation glows with feverish excitement, the election is the daily theme of the press, the subject of private conversation, the end of every thought and every action, the sole interest of the present

Tocqueville appropriately calls this upheaval “a national crisis.”  To find a description from 1835 of what we experience today may be comforting; perhaps divisive elections are nothing new. But he also concludes that after the election, these passions recede and calm is restored. That description seems not to align with the continuous, hyper-partisan, polarized politics we see today. What has changed?

To be sure, the American population has changed dramatically in the last 180 years. And there are certainly new ways—such as televised debates—for presidents to make their case directly to the American people or, more troublingly, to only a certain portion of it.

Tocqueville, however, calls our attention to a different kind of change. Presidential elections in the 19th century were merely a cause of “agitation,” rather than of “ruin,” because although the choice of president mattered “to all citizens,” it mattered “only moderately.”

The coronavirus pandemic may have reminded us of the importance of state and local governments in making decisions about whether to close businesses or require masks, but the attention paid to the various events of the presidential campaign—from the debates to the president’s infection with COVID-19—makes clear that the president has unquestionably become the central figure in contemporary American politics. The national government today is far more important than it was in Tocqueville’s time, and the president seems to have the most power within that government. As a result, the choice of president still matters to each citizen, but it no longer matters only “moderately.”  Tocqueville’s analysis suggests that this change would make presidential elections more contentious.

When a president is of moderate importance, Tocqueville observes, the various “factions” are less likely to pursue that office fervently. Democratic republics are better served by having numerous positions of power, not simply for the sake of checking abuses but also because it limits the importance of any particular office. When power is more widely dispersed, parties are more willing to accept temporary defeat, secure in knowing that they can gain influence elsewhere, such as in the national legislature or the various offices in the several states.

A moderated presidency, moreover, does not attract “desperate characters,” ambitious individuals willing to stir up “dangerous popular passions” for the sake of victory. Tocqueville feared that because most democratic people lack great ambition, democratic nations will lack adequate institutional safeguards against those few who do, in fact, want to abuse their power. Anticipating contemporary concerns about the erosion of democratic norms, he feared a loss of “political morality” among candidates if elected offices offer too much power.

Although institutional changes over the past century may have exacerbated the problem, Tocqueville suggests that our contested elections have a deeper cause.  Democracies, he argues, tend toward the “moral empire of the majority,” the belief that the majority has, and ought to have, the right to govern.  Presidential candidates serve as symbols of the party’s beliefs, and a victory serves not only to gain office but also as proof that these doctrines are supported by the majority.  It may be necessary, therefore, both to moderate the importance of the president as well as to temper our desire to have our own political beliefs affirmed.

Tocqueville’s fears about presidential elections are a timely reminder that the amount of power we give to the presidency does not come without costs.  A democratic nation, he writes, that is governed by a president will inevitably suffer “a profound disturbance” when it is time for that president to be elected. The task is to learn precisely how much of a disturbance we can tolerate, something he suggests is best learned by experience.