by John A. Tures

John A. Tures is Professor of Political Science at LaGrange College (GA). 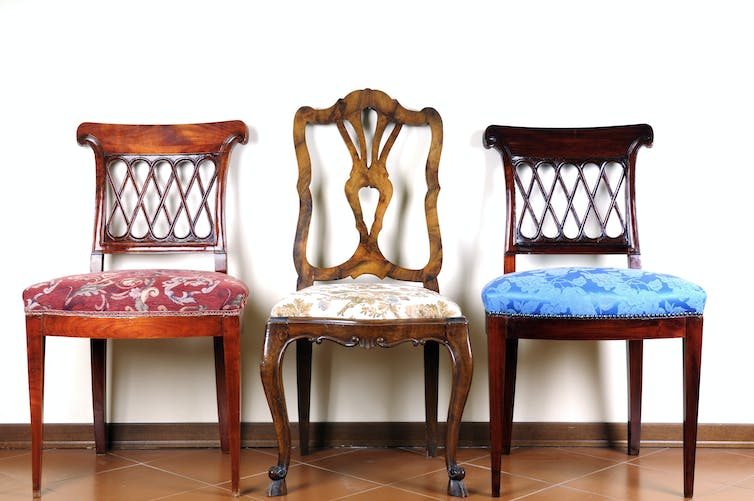 With three claimants, which one should hold the governor’s seat? Lisa-Blue via Getty Images

As election results continue to come in around the country, it’s worth recalling that once, the state of Georgia found itself with a dead governor-elect – and three politicians who each insisted he was the real governor.

It’s a story I had heard about when I moved to Georgia 20 years ago, and got all the details from Tracy Lightcap, now a professor emeritus of political science at LaGrange College, where I teach. And when you hear about the wild events, you’ll know why I needed an expert to decipher just what went down in Georgia late in 1946 and early 1947. 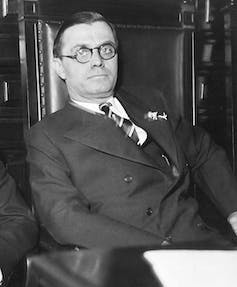 Eugene Talmadge served as Georgia’s governor for three terms, and sought a fourth in 1946. AP Photo

The primary race was between two different types of Democrats, the more conservative Talmadge and the more progressive James Carmichael. Talmadge got 43% of the popular vote, and Carmichael got 45%. The remaining 12% of the votes were write-ins.

But the popular vote didn’t determine who the winner was.

Georgia’s system at that time for choosing a governor depended on what was called the “County Unit System,” breaking the state down into a series of districts, similar to the national Electoral College. That system tended to favor populists from rural counties, like Talmadge, over pro-business moderates like Carmichael. Nearly two decades later, the U.S. Supreme Court declared that system unconstitutional.

But in 1946, the County Unit System gave the victory to Talmadge, 59% to 36%. He went on to breeze through the general election against tiny write-in opposition.

Unfortunately, Talmadge died on Dec. 21, 1946, just before being inaugurated. This triggered a political crisis that bedeviled Georgia for nearly three months until the issue was finally resolved in March.

The Georgia Constitution of 1945 had created a lieutenant governor’s office and specified that person would replace the governor in case of the chief executive’s death. It did not specify what would happen if the governor-elect died before being inaugurated, which would have taken place on Jan. 14, 1947.

The new state Constitution did say that it was up to the Georgia General Assembly, the legislature, to certify the winner.

Georgia’s legislators, who overwhelmingly supported Eugene Talmadge, knew these obscure procedural facts. They also knew Talmadge’s health was failing. So they planned to wait until just before the inauguration to certify the election results. If Talmadge died before then – as he did – according to the rules, they would still be in control of picking his successor.

When Talmadge died 24 days before his inauguration, legislators decided to hold a state house runoff between the second- and third-place finishers in the fall election. One of those people was Carmichael, who got some write-in votes – but now lawmakers had to figure out who the other leading write-in candidate was, because that person had come in third and was now back in the running.

The legislative session stretched into the night, and partisans on both sides engaged in all manner of dirty tricks to gain the upper hand – including trying to get fellow lawmakers drunk, or allegedly drugging them.

Herman Talmadge had helped run his father’s campaign in 1946, but had also asked some friends to write him in, as a safeguard in case Eugene died. A late-night decision by a legislative committee declared that Herman had gotten enough write-in votes to beat the other write-ins. It was later revealed that some of those write-in votes were cast by dead people.

Nevertheless, in the legislative runoff, Carmichael was pitted against Herman Talmadge. At 2 a.m. on January 15, 1947, lawmakers declared Herman Talmadge the next governor.

Then things started to get really strange.

A second claim to the governorship 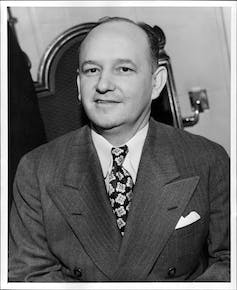 Ellis Arnall, the sitting governor, was a progressive like Carmichael, and an enemy of Eugene Talmadge. As Herman Talmadge was being sworn in, Arnall announced he would remain in his post as governor until the mess was sorted out.

And then it got exciting.

Nearly 50 years after the dispute, reporter Gary Pomerantz from the Atlanta Journal Constitution newspaper described what happened next in the wee hours of the morning of Jan. 15, 1947, based on the original Atlanta Journal reporting by George Goodwin:

“Herman Talmadge and his entourage marched to the second floor of the Capitol to take over the governor’s office. … Talmadge supporters either broke through the locked doors or found a spare key.

"A fistfight broke out between members of the Arnall and Talmadge factions. Furniture was smashed and two of Arnall’s aides ‘were roughed up by a mob’ …

"Talmadge recalled, ‘We had 8,000 to 10,000 people that were friends of ours, all at the Capitol. Some of them were mad as the devil and some of them had been imbibing’ …

While Talmadge changed the locks on the governor’s office, Griffin and members of the state militia escorted Arnall to his home about 40 miles away.

But the next day, Arnall came back and set up a desk in the Capitol rotunda. Perhaps fearing conflict, Talmadge reportedly brought a .38-caliber Smith and Wesson revolver with him to work that day. 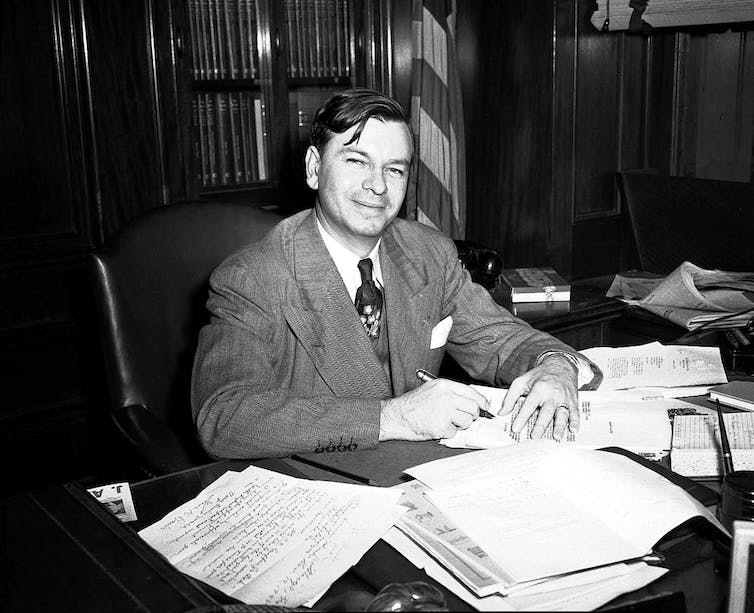 In a 1948 special election, Herman Talmadge won the governorship of Georgia. AP Photo

After Thompson was sworn in on Jan. 18, Arnall resigned. Thompson promptly declared himself the rightful governor, as the lieutenant governor in a situation with the governorship vacant.

From his desk in the rotunda, Arnall announced he would back Thompson’s claim against Herman Talmadge.

The state supreme court agreed – but not until March 19, 1947, 64 days after Inauguration Day. The court ruled that Thompson was the new governor – for now. It called for a new election to be held in 1948 to fill the remainder of the term.

Herman Talmadge responded to his legal defeat by starting to campaign for the job. In 1948 he defeated Thompson 51% to 45% in the Democratic primary and won the fall contest with more than 97% of the vote.

It took time, and some amount of chaos and uncertainty – and plenty of dispute among coequal branches of government – but ultimately the dispute found its way to a peaceful resolution.

This particular controversy may have eventually been settled, but the rise of Herman Talmadge began, launching a string of race-based controversies. Carrying on the family tradition, the younger Talmadge opted to close schools rather than integrate them. He won a seat in the U.S. Senate, where he joined the fight against proposed civil rights laws.

Scholars have found that his legacy still hampers the state’s education system – which demonstrates how populists can manipulate constitutional crises to resist social reform, including by claiming that opponents were attempting to usurp the system.