The Problem with a Self-Pardon 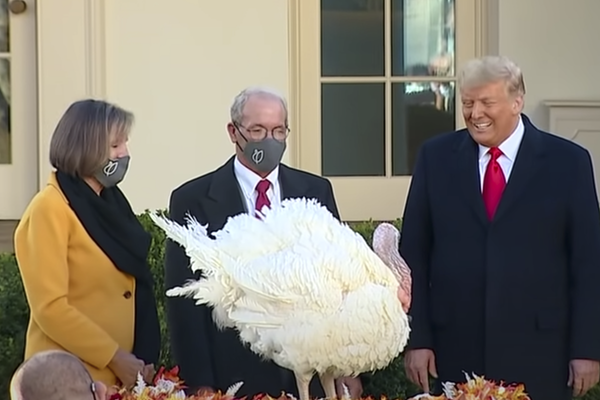 Imagine a hypothetical president. President X is in the Oval Office having an ever-more-heated argument with a cabinet secretary. In a fit of pique, the president grabs a ceremonial sword, recently given to him by the Sultan of Brunei, and runs the cabinet secretary through, killing him then and there. Assassinating a high government official is a federal crime, and the White House is federal property. The president then apologizes to the nation, and also pardons himself. No investigation, no prosecution, no conviction. The president has just gotten away with murder.

Patently outrageous? Of course. But this hypothetical illustrates the fatal problem with those who claim that the president’s pardon power extends to self-pardons.

Defenders of a self-pardon point to the sweeping language of the power as described in Article II, Section 2 of the Constitution: “he shall have Power to grant Reprieves and Pardons for Offenses against the United States, except in Cases of Impeachment.” Since the wording is absolute, aside from cases of impeachment, and does not exclude the president, it can include the chief executive, so the argument goes. Since self-pardoning is not barred, it must be allowable.

The initial problem with this argument is that broad, absolute, or unqualified language is found throughout the Constitution. That does not mean, however, that such language may extend to the violation of other principles. Take the First Amendment, which says that “Congress shall make no law. . .abridging the freedom of speech, or of the press.” Except for the late Justice Hugo Black’s admonition that “no law means no law,” limitations to free speech are widely accepted in law, including for reasons of national security, obscenity, libel, slander, and commercial speech.

Defenders of the self-pardon also point to the British roots of the pardon power, from which the power was derived. This is relevant precedent, to be sure, but it fails to acknowledge the important differences between powers exercised by a hereditary monarch and an elected executive. The founders did indeed draw from British governance in creating the American system, but with important changes. For example, the presidential veto was modeled after the royal veto, but with a critical difference: the British monarchial veto was absolute, whereas the presidential veto was qualified, subject to override (excepting only the pocket veto, which was made absolute out of necessity and under narrow and limited circumstances). Similarly, the president’s power as commander-in-chief was derived from the British monarch, but in a “much inferior” form, as Alexander Hamilton noted in Federalist Paper 69.

A self-pardon violates two fundamental, bedrock principles. First, as James Madison wrote in Federalist Paper 10, “No man is allowed to be a judge in his own cause, because his interest would certainly bias his judgment, and, not improbably, corrupt his integrity.” The British monarch in centuries gone by was not bound by this principle; the monarch’s actions and decisions were beyond the review or limitation of any other individual or entity. The American president is bounded by all manner of law and political accountability.

Second, a self-pardon allows the president to place him or herself above the law, which is utterly incompatible with any notion of law in a democratic society. Certain legal principles do provide presidents with a degree of protection not afforded other Americans, but these are narrowly tailored to the president while in office and in service to that office’s effective operation, such as executive privilege. A pardon for crimes is both personal and everlasting.

One need not reach far to find the holes and hypocrisies in the shibboleth that “no one is above the law,” whether Capitol Hill rioters who escape prosecution or police officers who kill unarmed Black people under suspect circumstances. But to criticize the principle because we fail to live up to it is profoundly different from asserting that the office of president carries with it the ability of the occupants to shield themselves from any and all federal crimes. Presidents cannot have a self-pardon power because it cannot be contemplated in a system built on the very idea of the rule of law. The rule of law will never be perfect, but it cannot be abandoned or excepted for the nation’s top official.