Dr. Joseph Preston Baratta is Professor Emeritus of History and Political Science at Worcester State University and the author of The Politics of World Federation (Praeger, 2004). 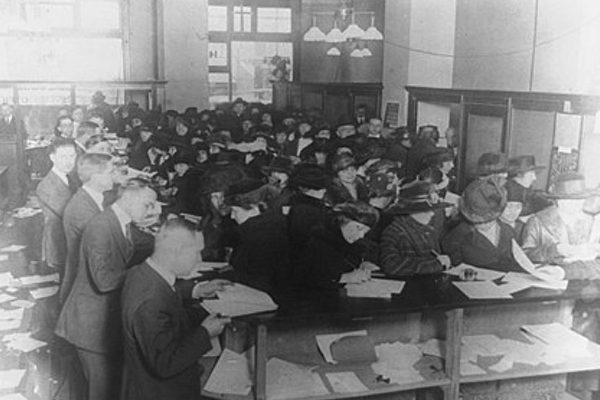 The invasion of the Capitol on January 6th is a sign of deep anger at the course of American life among what is usually called the “white working class.”  Beside it is the protest of black America over continuing racism and poverty.  People with little else in common count perceived economic unfairness among their complaints. What can we as citizens of a democracy do about it?  Significant reforms, such as those usually ascribed to the left in the Biden administration, are going to cost money.  A return to progressive tax rates by meaningful tax reform will be part of the solution.

Economists with a sense of history point out that inequalities began to grow about 1980, starting with the Reagan tax cuts.  Emmanuel Saez and Gabriel Zucman of the University of California, Berkeley, have done a service to the republic by methodically tracing what has happened to equality over the last 40 years.  Their book, The Triumph of Injustice (2020), is contentious but it sets out uncomfortable facts that bear upon a solution.  A complementary analytical tool is also provided.

Reversal of this pattern is absolutely vital to a sense of fairness in America.  We have already had one insurgency.  But won’t the rich, especially the very rich, resist any proposal that increases their taxes?  Money is their property.  A tax is an appropriation of private property for public benefit.  People within democracies are resistant to taxes until convinced of their necessity and justice.  This country began in a tax revolt.  How can we convince Jeff Bezos (net worth $179 billion) to Alice Walton ($62 billion) among the 400 to share?

The principle of progressive taxation was established historically.  The Constitution did not originally provide for an income tax, but it distinguished between indirect taxes (like customs duties) and direct ones (like taxes on land).  Customs duties or tariffs were understood as taxes on consumption, which are regressive, but the citizenry in the early republic were so nearly equal — most were owners and cultivators of farms — that the slightly increased price of foreign imports was bearable.  For 100 years the principal revenue of the U.S. federal government was drawn from tariffs.

Great national crises have been the settings for the introduction of a progressive income tax.  During the Civil War, the first income tax was introduced — as a direct tax — to meet the threat to the Union.  Its rates were gradually reduced until the 1890s, at the height of the industrial Gilded Age, when the Supreme Court ruled that the government had no right to impose a direct tax.  That defect was removed by the 16th amendment (1913), one of the high achievements of the Progressive Era (1905-15).  A regulated, orderly capitalistic economy was steadily established by the Interstate Commerce Commission, the Sherman and Clayton Anti-Trust Acts, the Federal Reserve System, the Federal Trade Commission, later the Securities and Exchange Commission, and the income tax.

Initial rates for the tax were quite modest (7% for the top bracket) but U.S. entry into the Great War increased the top marginal rate to 67% to counter war profiteering.  An estate tax was also established at 10% for the largest bequests, which grew to 20% by the late 1920s.

The great expansion of the income tax came with the supreme crises of the Depression and the Second World War.  In the 1930s, with business in ruins for many owners and many workers reduced to poverty, President Franklin D. Roosevelt aimed to confiscate remaining excessive incomes. The top marginal rate rose to 79% in 1936.  Roosevelt argued that in American democracy no one should, after taxes, have an income of more than $25,000 (equivalent now to about $1,000,000).  The purpose was plainly to redistribute income to create a more equitable society.  Roosevelt explained in his 1937 inaugural address, “The test of our progress is not whether we add more to the abundance of those who have much.  It is whether we provide enough for those who have too little.”  During the war, the top marginal rate rose to a maximum of 94%.  This progressive rate fell slowly in the 1950s and ’60s (even in Nixon’s time it was 70%), producing the most equitable, and hence just, U.S. society yet in the industrial age.

This achievement from about 1936 to 1980 has largely been undone by tax cuts (the top rate is now 23%) and by the rise of an immense tax-dodging industry.  Neoliberal economics argues that the optimal tax rate on capital should fall to zero, and that capital gains revenue should be replaced by higher taxes on labor income or consumption (p. 99).  Reversal of this 40-year pattern is vital to bringing the working class into the promise of America and the very rich into recognition of their obligations to a democracy.

If you want peace, work for justice.