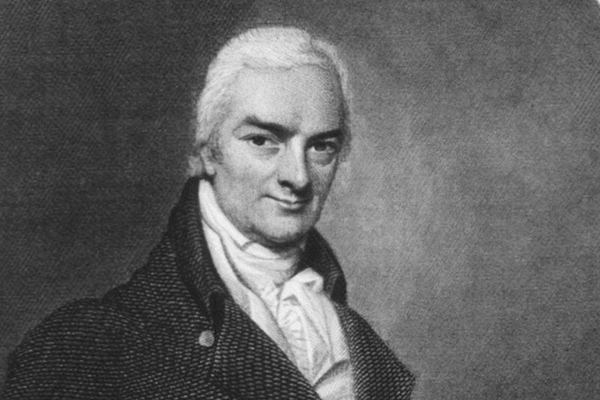 John Haygarth founded the Smallpox Society of Chester in 1778 to promote the then-unpopular practice of inoculation.

Several states now offer incentives for COVID vaccinations, hoping that enough people will sign up to drive the infection rate down and protect the entire community. When this was first tried in the late eighteenth century, it met with mixed success.  The originator was John Haygarth of Chester in Northwest England who published his plan for a "general inoculation” of the poor, as "An Inquiry How to Prevent the Small-pox" in March 1778.

Haygarth argued that "social distancing” and other preventive steps could quell urban smallpox epidemics.  At that time, smallpox most often attacked poor young children whose families could not afford to shield them from all contact with infectious people. It was by far the most fatal disease in Britain, causing about half of all deaths among children under ten.  Most adult city residents had contracted the disease as children and become immune.  Outbreaks struck every few years when enough children had been born to sustain a fresh epidemic although inoculation, a preventive measure, was increasingly accessible.

When it was first introduced into England in 1721, smallpox inoculation, also known as “engrafting,” or “variolation,” was a brutal and dangerous procedure.  By inserting matter from a smallpox pustule under the skin of a new patient, a practitioner could usually produce a comparatively mild infection.  Although it was less lethal than naturally contracted smallpox, which killed about one patient in five, inoculation initially had a fatality rate of about one in fifty.  By mid-century, practitioners had become more adept, making the procedure safer and less complex.  Members of the entrepreneurial Sutton family were especially skilled. Daniel Sutton claimed that between 1763 and 1766, he had inoculated 22,000 people with only 3 deaths. However, this created a new problem: because inoculation caused an actual infection with smallpox, recently inoculated patients could infect any susceptible person who came near them before they had fully recovered.  Haygarth set out to solve this double problem: save more children without spreading the disease to others.

After studying smallpox outbreaks, Haygarth decided that it spread only by contagion from person to person and was transmitted primarily by an airborne vapor over a very short distance.  He drew up “Rules of Prevention” warning those with smallpox to avoid going out in public and those who were susceptible from entering any house that held a smallpox patient.  Everyone and everything touched by any discharges from a patient should be washed and exposed to fresh air and all medical attendants must wash their hands. Then he launched a campaign in Chester for mass inoculations.  Inoculating groups of people at the same time could also reduce the odds that they would transmit smallpox.

With his ally Thomas Falconer, Haygarth founded a "Society for Promoting Inoculation at Stated Periods and Preventing the Natural Smallpox" in Chester.  They raised donations to pay local doctors to perform the procedure and to pay poor families for bringing their children. All the doctors volunteered to participate without charge, increasing the fund for the families.

One concern was that recently inoculated children might spread smallpox. Even worse, some families exposed their children deliberately. To prevent these problems, the Society offered two payments to any poor family that (1) inoculated its children and (2) faithfully followed Haygarth's “Rules for Prevention”. The Society wrestled with the ethics of paying parents for inoculations but concluded that it could be considered compensation for the wages lost while they nursed their children. They also hired an “inspector” to follow up with the families and ensure that they observed the quarantine rules.  Mass inoculations were not new, but this may have been the first time anyone tried to create widespread immunity by offering a reward to families for inoculations.

At first the society was successful, inoculating hundreds of children, suppressing incipient epidemics, and halving the death rate in Chester from smallpox.  In 1781, however, with their funds dwindling, they decided to stop paying families for inoculating their children and focus on rewards for obeying the rules of prevention.  When the scheme was first initiated, they thought paying for the inoculation itself was necessary to overcome “inveterate prejudices,” against the procedure, but it had come to be seen as a bribe for doing something wrong.

After six years the plan collapsed in the face of frequent re-importation from nearby cities, the transit of infected soldiers through the city, and the resistance of many Cestrians.  The Society admitted that a single payment of five shillings for following the rules was too small to attract parents.  With so many new cases emerging, the inspectors were overwhelmed, and the society could not raise enough money to sustain its campaign or attain widespread compliance. (Proceedings, 205)

Haygarth, a very tenacious man, was undaunted.  As the constant re-importation had contributed to the Society's collapse, he decided that only a nationwide inoculation effort could succeed. He filled in the details in 1793 with a sprawling two volume compilation entitled Sketch of a Plan to Exterminate the Casual Small-pox from Great Britain.

This ambitious plan was out of step with the realities of eighteenth-century British governance.  In any case, it was soon pre-empted by the safer practice of “cowpox” vaccination.  Even vaccination did not eliminate smallpox although child mortality began to plummet after a reformed British government made it mandatory in 1853.

Yet Haygarth's efforts were not wasted.  His research on smallpox produced new information about the behavior of contagious diseases including incubation times, infectivity, conditions for exponential growth, epidemiology, and methods of control.  Haygarth drew on his growing expertise to investigate influenza, typhus and, less successfully, yellow fever, and to establish isolation wards for typhus at the Chester Infirmary.

Haygarth was among the leaders of a small group of British physicians who redefined infectious diseases and claimed that contagion could be prevented by relentless cleanliness, separation, and fresh air.  Although their work was always controversial in Britain, it was widely read both at home and abroad and created a more secure foundation for medical research.

So when you line up for your shots, win the vaccination lottery, or throw away your mask, take a minute to acknowledge the activists of the eighteenth century who worked to improve public health with mass inoculation.