Adulation for Today's Space Race is Misplaced. So is Nostalgia for the First One

Catherine Devlin is a senior at Boston University. She was the lead researcher for the 2020 NBC documentary Sky Blossom and is a senior editor for the Boston Political Review. 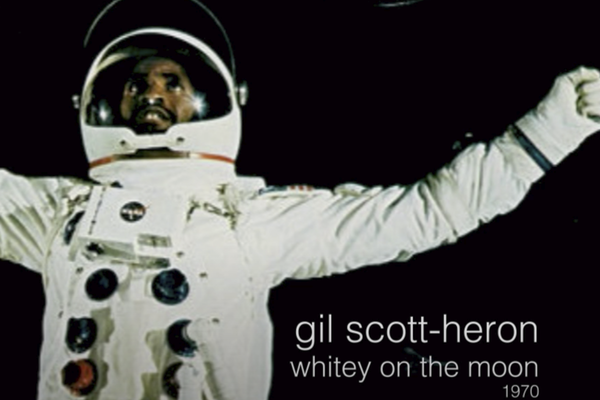 And the show is not alone. The billionaire space race has been met with a storm of criticism. But some maintain the benefits of making space an arena of competition for the mega-rich. After all, the 1960’s space race spurred the economy, inspired STEM education, and is remembered as one of the United States’ crowning achievements. But this gets the history wrong. During the Cold War space race, the United States government ignored the wishes of the American people, as well as domestic racial and social issues, in its quest for political supremacy.

At the time, the now-lauded Cold War space race raised the same question confronting modern-day billionaires: who asked for this and what are the benefits? Then, and now, the lunar race was about the triumph of capitalism.

The space race began in the midst of the Cold War as a proxy conflict between the United States and the Soviet Union as both nations sought to prove the superiority of their competing systems. The two world powers saw their lunar competition as indicative of their earthly status. Lyndon Johnson, Vice President and Chairman of the National Space Council, said in 1962 that the United States’ very “survival as a free and first rate-nation” was linked to its “leadership in space.” Also in 1962, the New York Herald described the race’s prize saying:

“At stake is the world’s recognition as to which nation - the Soviet Communist dictatorship or the democratic free society of the United States - has the vision, the resolution, the scientific and engineering skill, and the stamina to do it first.” The two nations were not just fighting to prove who could build the better spaceship, they were fighting to validate their respective economic systems.

The problem? The American public never bought into the idea. Polls taken throughout the 1960’s show that the majority of Americans did not believe that Project Apollo was worth the cost. In 1965, just 39% of Americans thought that the United States should spend whatever it took to get to the moon, and Americans consistently ranked spaceflight as one of the main programs to be cut in the federal budget.

Why the unpopularity? First of all, space is dangerous. A 1963 newspaper article declared the “prestige of being first not worth casualties.” Also, the money could be well-used elsewhere. Congressman Chet Holifield (D-CA) spoke for many Americans when he argued that the money spent by NASA would be better used on schools, housing, or hospitals. It seemed absurd to be spending so much in space when there were so many problems at home.

Gil Scott-Heron agreed. His 1970 poem “Whitey on the Moon” illustrated the dichotomy between space adventures and the reality of American urban life. In the poem, Scott-Heron highlights the enormous quantity of resources poured into the space program by repeating the poem’s title in between lines that recount a growing litany of woes, notably the struggle to pay rent and medical bills for his sister who has been bitten by a rat in their unhygienic urban living space. Indeed, Scott-Heron even makes the connection explicit: rent increased “’cause Whitey’s on the moon.” The government’s big spending on space missions directly hurt the forgotten taxpayers who bore the brunt.

Scott-Heron specifies the astronauts’ race for a reason. The money spent on the space program seemed especially misdirected to black Americans, who continued to suffer economic discrimination. Martin Luther King explained the disconnect when he spoke to the Southern Christian Leadership Conference (SCLC) in 1967, pointing out that as NASA launched rockets into space, “the Negro still lives in the basement of the Great Society.” He did not deny “the value of scientific endeavor,” but simply acknowledged the “striking absurdity in committing billions to reach the moon where no people live, while only a fraction of that amount is appropriated to service the densely populated slums.” People of color continued to question the space program beyond the initial moon landing. In 1971, two-hundred black protesters marched to the Kennedy Space Center to decry the launch of Apollo 14. Like King, SCLC leader Hosea Williams explained that the march was “not protesting America’s achievements in outer space,” but rather “protesting our country’s inability to choose humane priorities.” NASA had spent billions looking upwards when there was much to be done on earth.

So why did the United States government forge ahead? Pride, power, and money. Today, American capitalism continues to fuel the billionaire space race, even as earthly conditions remain tense. Jeff Bezoes enjoyed what news outlets have called a “joyride” to space just over a year after Amazon workers walked out to protest dangerous working conditions during the COVID-19 pandemic. Complaints against space exploration come from environmental advocates as well. Back in the 1960’s, Americans rated air and water pollution as issues of greater concern than making it to the moon. Today, the stakes are higher. With global climate change already topping UNESCO’s list of challenges for the next decade, the fossil fuels that space missions emit are no cheap price. U.S. Labor Secretary Robert Reich encapsulated the fears of many when he tweeted about the “record-breaking heatwaves” scorching the earth as billionaires had “their own private space race.”

The billionaires’ space companies are not without technological merit. Sirisha Bandla, a Virgin Galactic employee, conducted NASA-supported experiments during Branson’s flight, and NASA picked Musk’s SpaceX to develop the first lunar commercial human lander. The media attention has focused far more on the individual billionaire personalities, however. In the 1960’s, capitalism was portrayed as necessary for all. Today, it is clear who it has really helped.

The Cold War space race was not a uniformly praised scientific achievement. It was a flexing of political muscles in the name of capitalism while millions of Americans – notably those of color – struggled to meet their basic needs. The billionaire space race follows in its footsteps. How history remembers today’s space race is up to us. If we allow it to be painted in the same rosy image as the last one, we might be in for continued galactic adventures and even more suffering here on earth.