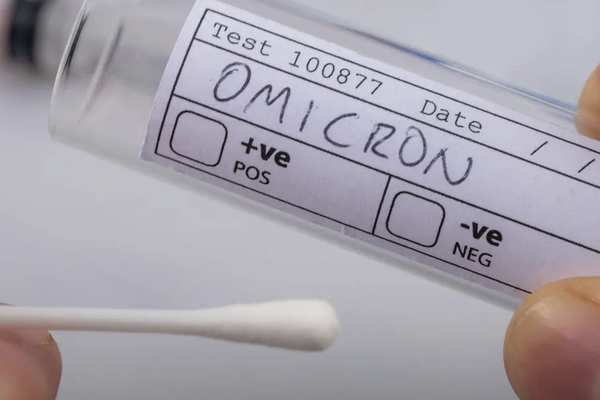 On November 28, Dr. Jonathan Reiner of George Washington University, a commentator on CNN, said U.S. and world leaders were losing the battle against COVID-19. Only 60% of Americans are fully vaccinated. In southern Africa, where the potentially dangerous Omicron variant first appeared, 4% of the population is vaccinated. Nations failed to respond adequately to the pandemic, Reiner stressed. We cannot be safe until the world’s population is broadly protected.

Reiner had good reason to be alarmed. It is nearly a year since vaccines became available, yet the pace of global immunization has been intolerably slow. Some analysts suggest it will take years, perhaps a decade, for populations throughout the world to become substantially vaccinated. In the meantime, the virus will evolve, spread, and kill.

Is there a way to speed production and get vaccines widely distributed? An all-out effort would fail, some argue. Many people refuse to get their shots.

While it is true that anti-vax sentiment is strong in numerous countries (not just in the United States), lethal expansion of the pandemic will likely cut into that resistance. If health threats mount considerably, the risk of remaining unvaccinated will become painfully evident. Those who avoid getting their shots will also face limited mobility. European and Asian societies have mandated vaccination for transportation and public activities. Citizens of poorer nations may soon encounter restrictions if they are not immunized.

Debates about an accelerated effort to aid countries with low levels of Covid vaccination often focus on patent rights. CEOs of pharmaceutical companies that provide most vaccines demand protection of “intellectual property.” Removing patent rights, they claim, would disincentivize investment in research and development.

Bourla’s critics point out that Pfizer/BioNTech earned enormous profits from its patents. His company, as well as Moderna and Johnson & Johnson, enjoys near oligopolistic power over vaccine production.

Critics also note that much of the original research on mRNA biotechnology took place in research labs associated with universities. Scientists at Vanderbilt University, the University of Pennsylvania, and other institutions conducted groundbreaking investigations in the early 2000s. An analysis of those contributions published in Scientific American Magazine concluded, “Much of the pioneering work on mRNA vaccines was done with government money, though drugmakers could walk away with big profits.”

Presently, pharmaceutical firms in rich nations are selling vaccines to governments in the developing world. The process is costly and slow. A better plan, critics argue, is to arrange a limited waiver of intellectual property rights so that organizations in developing countries can manufacture vaccines. That strategy benefits poor nations, yet it helps citizens of wealthy countries, too. Everybody gains when there is global security from new threats such as the Omicron variant that emerged in Africa.

Is a compromise workable between public and private vaccine production? Harvey Rubin, a Professor of Medicine and Computer Science and Nicholas Saidel, Associate Director for Strategic Threat Analysis and Response at the University of Pennsylvania suggest there is. They recommend public/private partnerships that protect intellectual property yet also speed distribution to nations with under-vaccinated populations.

Somehow, global leaders need to come up with a better plan for dealing with the pandemic. The coronavirus has mutated several times and created new surges of infections and deaths. As Dr. Reiner noted, the current response is inadequate. Pharmaceutical companies and nations tend to look after their own interests first. That framework allows a raging pandemic that continues to evade human control. An international approach rather than one based on corporate and national priorities holds greater promise.

Years ago, Ronald Reagan drew lessons from a Hollywood movie to make a related case for international cooperation rather than competition when mankind is endangered. Reagan referred often to a 1951 film, The Day the Earth Stood Still. That sci-fi movie was about an alien from outer space that visits earth to demand an end to nuclear competition and warfare. The visitor says this destructive technology could someday threaten peace in the universe. Change course, he warns, or your planet will be obliterated.

President Reagan referenced the film in 1985 at his first meeting with Soviet leader Mikail Gorbachev, and he mentioned it again in 1987 during an address to the United Nations. Reagan worried that nuclear competition involving the United States, the Soviet Union, and other countries might lead to Armageddon. “I ask you, is not an alien force already among us?” Reagan queried. “What could be more alien to the universal aspirations of our peoples than war and the threat of war?”

In Reagan’s time, nuclear conflagration seemed the paramount danger. A different threat is more immediate now. Globally, five million people died from Covid. Nearly 800,000 perished in the United States. Spread of the Delta, Omicron, and other variants could add significantly to those totals.

There is, of course, a possibility that conditions will improve without extraordinary international mobilization. The deadly global flu of 1918-1919 receded naturally, without a vast program of inoculations. But infections from the coronavirus are not declining. They are climbing fast. Dealing with the challenge requires a new approach.

Dr. Reiner was on to something. Corporate and national competition for vaccine development created only sporadic progress. It left mankind vulnerable to new viral attacks. In the current emergency some form of adjustment or compromise is essential regarding patent rules. Vaccine distribution to countries with low vaccination rates needs to be expanded rapidly. No one is safe until we are all safe.