Anyone for Existential Torment this Valentine's Day?

Barbara H. Rosenwein is a pioneering historian of emotion. Her latest book, Love: A History in Five Fantasies is now available from Polity. 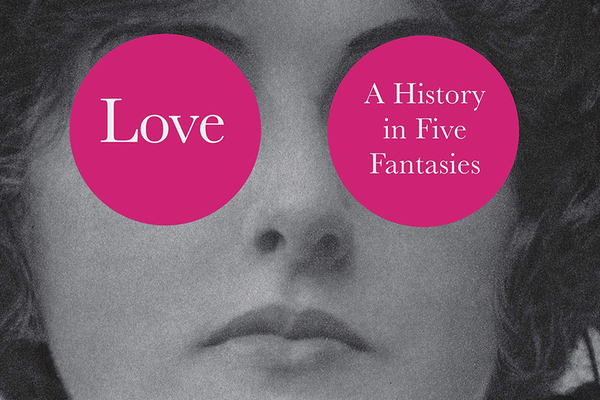 “Happy Valentine’s Day,” says the card; “You Make My Heart Happy,” says another. Normally I wouldn’t give these sentiments a second thought.  But having just finished writing a book on love, I was now slightly taken aback to see the word “happy” so unproblematically associated with love.

For within at least one long-lasting Western tradition, love is anything but happy.  This goes back at least to the fourth century bce philosopher Plato.

Normally Plato lets his hero Socrates have the last word in his dialogues.  But in his Symposium, he sabotages that strategy.  His dialogue takes place at a drinking party.  Various luminaries from an earlier generation forgo the usual flute girls and competitive drinking in order to compete in praising love. Their speeches are brilliant, but just as the one by Socrates seems (as usual) about to triumph over all the others, a very drunken young man crashes the party.  It is Alcibiades, who (when he hears what the men have been talking about) insists on giving his own speech.  He is not going to praise love.  He is in love, and he proceeds to tell the others what that means.

He couldn’t be more miserable.  He’s crazy about Socrates, but no matter what he does, he can’t get the man to respond.  He’s furious, jealous, and obsessed.  Whenever he hears Socrates speak, he says, “my heart starts leaping in my chest, the tears come streaming down my face.” He wants nothing more than to be near Socrates, yet when he is, he is in anguish.

Plato wasn’t quite saying that this is how love should be, though he certainly knew that that is how it is, at least sometimes.  But some fourteen hundred years later poet-musicians in the south of France began praising the sort of love that Alcibiades rued, calling it “true” love or (in their vernacular language, fin’amor: fine love).  True love was passionate and erotic yet restrained.  It endowed the men who practiced it (troubadours)—and women too (trobairitz)—with nobility and virtue not by inheritance or blood but through the depth of their emotion and devotion.  Fine love committed the lover to serve the beloved no matter what.  “Good lady,” sings twelfth-century poet Bernart de Ventadorn,

I ask you nothing at all

Except to make me your servant,

For I’ll serve you as I would a good lord,

And never ask for another reward.

He doesn’t mean it, though, and he is miserable because she doesn’t seem to give a fig for him.

If Bernart’s pledge sounds a bit like vassalage, it should.  That was the context of such songs.  One might object: how much real feeling did they express?  After all, they were only songs.  But consider that they spoke to the values and feelings of the real people who retained troubadours at their courts.  Poetry and song are, even today, vessels into which we pour our emotions.

They are also mirrors in which we see ourselves. And they are models that help us shape our feelings even as we struggle to mold them our own way.

Medieval romances elaborated on the feelings of longing, rapture, and pain that love engendered as well as the themes of sacrifice and service.  In Gottfried von Strassburg’s version of the story of Tristan and Isolde, their love is so intense that it must culminate in an eternal embrace realized only in death.

The idea that love should be painful and turbulent long survived the Middle Ages.  In the Romantic period, indeed, true love became so violent that it ended in bitter suicide.  This was the conceit of Goethe’s Werther.  The eponymous hero is supposed to take his friend Albert’s fiancée Lotte to a dance. From the first moment he sees her, he is thrown into rapturous confusion: “I don’t know whether it’s day or night.”  Every word she speaks thrills him; every touch whirls him around.  After she weds Albert, Werther writes passionate letters to her. When the outfit he wore at their first meeting wears out, he buys another to match. Sinking into bleak depression, he borrows Albert’s pistol and kills himself.  And Lotte?  Does she do the same?  Not quite.  But, since she returns Werther’s love, her life will be bleak forevermore, and when she dies, writes Goethe, the two “will meet and love each other forever.”

Werther was fiction, but its effects were real-world. Young men sported yellow waistcoats meant to recall Werther’s outfit, and women wore the scent of “Eau de Werther.”  There were even copy-cat suicides.  A man in love should be tormented; a woman in love should go to any length for her passion: such was the conceit of the Romantic era. In countless nineteenth-century operas, the lovers die tragic deaths because of their tragic love for each other. Often, as in Gaetano Donizetti’s Lucia di Lammermoor, their mutual demise is preceded by the unhappy heroine going wildly, gorgeously mad.

The greatest novelists of the Romantic period borrowed the tropes of painful and obsessive love—and problematized them.  Emma Bovary’s lively imagination (as depicted by novelist Gustave Flaubert) is a tissue of love fantasies constructed on the shards of the fictions of her day.  She was particularly affected by Paul and Virginia (1788) a novel by Jacques-Henri Bernardin de Saint-Pierre.  The two young lovers in that story live on an island, far from the corrupting effects of civilization. Emma’s thoughts dwell on their idyll.  She thinks she is in love before she weds, but when her marriage does not live up to her fantasies, she seeks lovers elsewhere. When they disappoint, she takes arsenic, enduring a death more tragic than even Lucia’s.  For Emma Bovary, both love and lack of love bring suicidal despair.

It is true that the 1920s brought with it a new appreciation of “the cool.”  Hot, tempestuous love was belittled.  In a piece for Esquire Magazine in 1934, Henry Morton Robinson called romantic love a childish myth that caused nothing but misery.  And yet that myth continued, and does so today. Caroline Polachek’s pop song “Ocean of Tears” (2019) hopes for sublimity while anticipating torture.  Her persona laments the “ocean of tears” that separates her from the one she loves. A YouTube live performance of the song in 2020 has 2.8K Likes and nearly 51,000 views.

The love implied by “Happy Valentine’s Day” is anodyne, neither hot nor cold.  It’s perfectly appropriate for a greeting that will go, indiscriminately, to friends, family, and co-workers.  But let’s not forget how much it leaves out.