Irwin Gellman Asks: Did JFK Steal Victory in the "Campaign of the Century"?

Justin P. Coffey is Aaron Pembleton Chair in History at Quincy University. He is the author of Spiro Agnew and the Rise of the Republican Right (Praeger Press, 2015.) 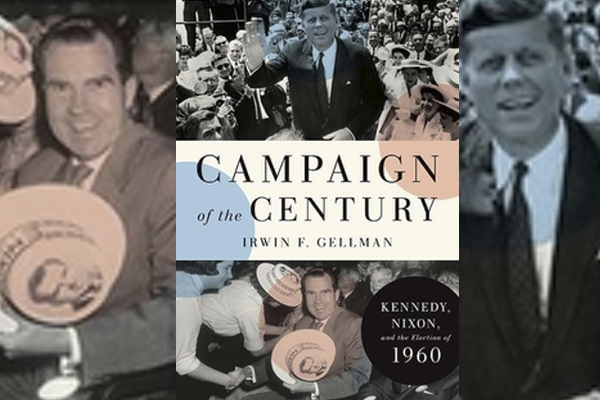 On election night 1960, Senator John F. Kennedy was at his family’s compound in Hyannis Port, Massachusetts, watching the returns trickle in. Kennedy had taken an early lead over his Republican opponent Vice President Richard Nixon, but as the evening went on the race tightened with a just few states hanging in the balance, including Illinois where Kennedy had a key ally in his corner, Chicago Mayor Richard J. Daley. According to journalist Ben Bradlee, who was with JFK that night, Daley assured Kennedy, “With a little bit of luck and a few close friends, you're going to carry Illinois.”

That story, coming as it was from a Kennedy confidante, lends credence to the charge that the Democrats stole the 1960 election. Even before all the votes were counted Republicans began raising questions about ballot stuffing, not just in Illinois but also Texas, which Kennedy carried  by just 46,000 votes, a result many attributed to machinations of his running mate Lyndon B. Johnson. Though Nixon conceded to Kennedy many of his supporters urged him to challenge the results. Nixon, however, refused, fearing that a drawn out recount would damage America’s standing in the world and brand him as a sore loser and end his political career.

The controversy over that election has been recounted in dozens of books, with most authors concluding that whatever irregularities there might have been there is no conclusive proof that the election was stolen. But historian Irwin F. Gellman has produced a new study of 1960 where argues there is more than enough data to question the validity of the result. In Campaign of the Century, the third volume in Gellman’s projected five-volume study of Nixon’s life and career, Gellman contends that there is irrefutable evidence that Democrats in Illinois and Texas rigged the election.

Gellman is hardly alone in crying foul about 1960. Nixon himself told aides at a Christmas Party that we “won—but they stole it.” Gellman himself never comes outright and repeats Nixon’s claim but he does quote William Safire, a junior staffer for Nixon that year, who said of 1960: “We wuz robbed.”

We are now living in an era where challenging elections is politically fraught. Anyone making the claim of electoral fraud needs to provide overwhelming proof and the question here is whether Gellman marshals enough data to prove that Kennedy, Johnson, Daley, and the Democrats rigged the results.

The answer is no, though that is no fault of Gellman’s. An indefatigable researcher, Gellman has mined hundreds of archives, tracked down obscure pieces of data, and analyzed the tallies in those two key states. He makes a compelling case that the results in Illinois and Texas were manipulated, especially in the latter where over 100,000 ballots were tossed out and dozens of precincts produced enormous and almost unfathomable results for Kennedy and Johnson. He makes a compelling but not conclusive case. Absent any smoking gun, we will never know who actually won that race.

A major focus of Campaign of the Century is the role the media played in the election. Gellman concurs with Nixon that much of the national press was in Kennedy’s corner. Print reporters like Bradlee openly rooted for JFK and Gellman writes, “Television journalists also favored Kennedy.” Gellman makes much of how the media deliberately ignored JFK’s womanizing and health problems, issues which, had the public known about them, would likely have changed the outcome.

One of the journalists who covered the campaign was Theodore White, who comes in for particular opprobrium in these pages. A year after the election White published his account of the race, The Making of the President 1960, a work that has forever shaped perceptions of the election and the two candidates. Gellman argues almost every aspect of White’s tome should be viewed skeptically, yet sixty years later White’s “overall narrative of the race, of a heroic senator defeating an unscrupulous partisan, has gone largely unchallenged.” That is an overstatement, as Gellman himself cites several recent accounts, especially those of Edmund Kallina and William J. Rorabaugh that provide a far more balanced overview than White did.

White’s volume was colored by his friendship and affinity for the Kennedys. The race between Kennedy and Nixon was far more complex than the tale of good versus evil he posited. Gellman offers a captivating monograph that strips away any remaining myths and raises significant questions about the legitimacy of the election. Campaign of the Century should be the starting point for any reader interested in that most fascinating and controversial of elections.