Putin is Carrying on Stalin's War on Self-Determination

Uriel Abulof is an Associate Professor of Politics teaching at Cornell University and Tel-Aviv University. 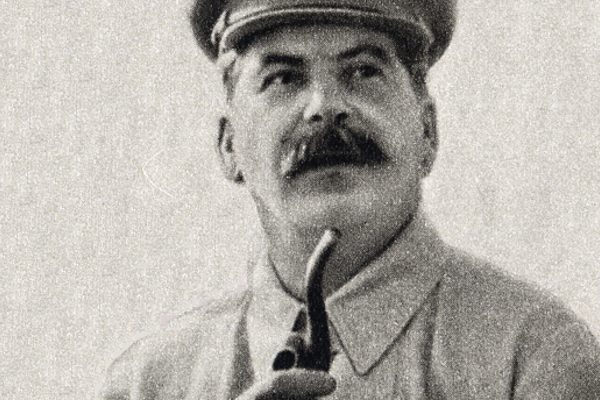 A spectre is haunting Vladimir Putin — the spectre of Vladimir Lenin. Upon recognizing the “independence” of Donetsk and Lugansk, the Russian president clarified who is to be blamed for the whole mess: “modern Ukraine was entirely created by… communist Russia… Lenin and his associates did it in a very rude way towards Russia itself – by separating, tearing away from it part of its own historical territories. Of course, no one asked about [it] to the millions of people who lived there.”

Of course, now, more than a century later, we are fortunate that Russia is helmed by someone who knows exactly what the millions of Ukrainians want – and how to make their wish come true. Putin may well owe his mindreading skills to Lenin’s successor, Josef Stalin, who took great pains to rectify false consciousness, often by relieving the said bearers of their fallacious lives. Putin has spoken favorably of Stalin before, but his recent Lenin lambasting amid the onslaught on Ukraine points to one of the bloodiest spats between the two Soviet founders: self-determination.

I have been studying the vicissitudes of self-determination for well over a decade. US President Woodrow Wilson is usually accredited for originating the principle, but it emerged earlier, in communist circles, trying to class-square the national circle. Lenin was pivotal, his position rather radical. He saw national self-determination not only as compatible with the international socialist revolution, but in fact as a precondition of it. And he went so far as to demand its full application: “it would be wrong to interpret the right to self-determination as meaning anything but the right to existence as a separate state,” and not just as an “autonomous nation.” Lenin’s approach, however theoretical, gave self-determination its popular appeal: applicable to all nations, big and small, ethnic and civic – all the way through to full sovereignty.

Fast-forward a century, Putin is Stalin redux. His Feb 24 speech is a masterclass in having the self-determination cake while eating it, too. Considering Putin’s politics and discourse of bad faith – his constant recourse to “no choice” – it’s quite amusing to behold his stress on self-determination and freedom of choice. “Self-determination,” he notes, “is enshrined in Article 1 of the UN Charter.” Indeed, “Freedom guides our policy, the freedom to choose independently our future and the future of our children. We believe that all the peoples living in today’s Ukraine, anyone who wants to do this, must be able to enjoy this right to make a free choice.” The problem, of course, is that Lenin “rudely” created the artificial Ukraine so that “people living in territories which are part of today’s Ukraine were not asked how they want to build their lives when the USSR was created or after World War II.” A prodigy of doublethink, Putin has no problem in “seeking to demilitarize and de-nazify Ukraine,” while effectively using Hitler’s strategy of abusing self-determination to extend his Third Reich. For Putin, as for Stalin, 2+2=5.

In his 1922 “Last Testament” letter on The Question of Nationalities, Lenin observed: “It is quite natural that… the ‘freedom to secede from the union’ by which we justify ourselves will be a mere scrap of paper, unable to defend the non-Russians from the onslaught of that really Russian man, the Great-Russian chauvinist, in substance a rascal and a tyrant, such as the typical Russian bureaucrat is.” A century later, the Great-Russian chauvinist is back; hopefully, we have learned something of how to better deal with him.