There Oughtta Be a Law

James D. Zirin is a former federal prosecutor in the Southern District of  New York. 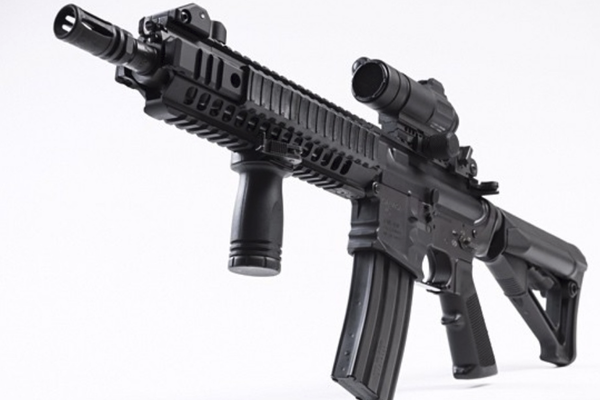 America today is in a dark place. It is supposed to be a democracy, but because of the Senate filibuster, the minority rules.

The horrific event followed by 10 days the mass supermarket shootings in Buffalo, which left 10 dead, and by a few short years the school shootings of 2012 at Sandy Hook Elementary School in Newtown, Connecticut in 2012, where 26 people were murdered, and of 2018 at Marjory Stoneman Douglas High School in Parkland, Florida, which claimed 17 lives.

Congress banned the murder weapons, semi-automatic AR-15 style assault rifles, in 1994. The ban expired in 2004 and, amazingly was not renewed. Congress essentially outlawed the fully automatic Tommy guns of the Al Capone era in 1934, and the legislation, enacted with approval from the politically powerful gun lobby, remains permanent.

With many fully automatic weapons, ammunition can be fired at a rate of 600 shots per minute or less. Enough for Al Capone to take out his enemies once and for all. An AR-15 style semi-automatic rifle holds 20 to 40 rounds to a clip. With a semi-automatic, you can only fire the gun as quickly as you can pull the trigger after each shot. But this can be as many as 100 rounds of military-grade ammunition in three minutes. The legal distinction, then, between fully automatic and semi-automatic weapons is without a difference. Any gun that can fire 100 rounds of military-grade ammunition in three minutes or less isn’t designed to shoot quail or pheasant. Both kinds of weapons have only one purpose, killing large numbers of people at a clip. And dead is dead.

The story of what the NRA calls “America’s rifle” helps show the emptiness of the distinction.  An American company called Armalite designed a light, fully automatic weapon for the military—the Armalite Rifle model 15, or AR-15. The company later sold the design to Colt in the 1960s. Colt appreciated that you don’t get rich selling guns to the military—at least when there is no war on. So, to sell the gun on the non-military market, Colt had to develop a semi-automatic version to end-run the 1934 restrictions, and found success. Although Colt’s patent expired in 1977, they retained the trademark rights to the AR-15 name; “AR-15 style” weapons are essentially clone designs manufactured and sold by other companies. The genuine article and clones together number between 5 and 10 million units in American hands.

Bearing an AR-15 style semi-automatic, the shooter at Sandy Hook Elementary School got off about 100 rounds in three minutes or less.

The Parkland shooter got off about  150  rounds in six minutes, and had 180 rounds left when he ceased fire.

The gunman in Texas had  more time to shoot up the school, only because the cops “made the wrong decision,” in failing to go after the gunman for over an hour while they stood around outside.

Last year, firearms overtook auto accidents as the leading cause of injury related child deaths in the United States.

So, what is to be done? Background checks probably would not have prevented any of the shooters from buying their assault weapons. None of the four shooters had a criminal record, and from all that appears, the murder weapons were purchased legally (though Sandy Hook shooter Adam Lanza’s mother had purchased the weapons he used). What is needed is legislation reinstating the ban on semi-automatic weapons.

Of course, it is convenient (and not wholly incorrect) to blame it all on the gun lobby. Chief Justice Warren Burger said: “The gun lobby’s interpretation of the Second Amendment is one of the greatest pieces of fraud, I repeat the word fraud, on the American people by special interest groups that I have ever seen in my lifetime.” But the lobby exists to influence the legislative branch. Have the people's representatives surrendered?

Members of Congress can’t be sued for legislative acts, or for criminally negligent failure to accomplish legislative acts, including inaction that allows crazy 18-year olds to acquire weapons of mass destruction. According to the majority of the Supreme Court, the Constitution permits Texas to encourage civil action against a mother seeking an abortion, but prohibits such action against members of Congress whose negligence has facilitated the death of young children. So go figure.

Democratic legislators offer only background checks and piecemeal regulation, and blame the gun lobby from whom they receive contributions.

Republicans offer only the healing benediction of “thoughts and prayers.” Or, like Republican Senator Ron Johnson of Wisconsin, callously blame the liberal culture of “wokeness” and critical race theory for school shootings, days after the Texas elementary school shootings.

It really shouldn’t be a left/right issue. The right is correct that background checks won’t do much good. It’s a Band-Aid. Criminals and psychotics will always find a way to get guns. The monsters who accomplished the atrocities at Sandy Hook, Parkland and Uvalde had no past records.

The left is also right. Public safety must be government’s first responsibility. Guns designed only to kill human beings should be banned. For sure, 18 year olds should be barred from purchasing assault weapons or military grade ammunition. Credit card companies should step up to the plate and refuse to fund such sales.

What kind of country refuses to protect its children? What kind of society guarantees the right of 18-year-olds to buy semi-automatic guns and Glock pistols which are designed as tools to kill human beings?

President Biden, following the Tulsa hospital AR-15 shootings, which claimed four lives, addressed the nation, calling for a sweeping change in gun laws, including banning assault weapons and limiting high-capacity magazines. Nevertheless, 17 Democrats refuse to support a ban on assault weapons, which means the measure doesn’t have a prayer of passing in the House.

The only remedy is to “throw the rascals out” next election. And, indeed Americans should vote against, and withhold campaign contributions from, any member of Congress not committed to voting for real gun safety laws that limit access to the most dangerous weapons.

Churchill famously said that America always gets it right, after they have tried everything else. It is time to get gun violence right. We have to be better than this.