50 Years Ago, a SCOTUS Decision Placed a Moratorium on Executions. It's Time to Revive it, Permanently

Rick Halperin is the director of the Human Rights Program at SMU Dallas and former Chair, Amnesty International USA. 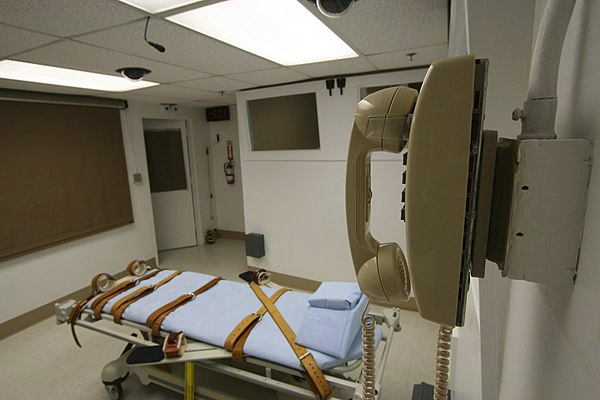 Fifty years ago in 1972, as spring faded and summer arrived in late June, America (and the world) was a vastly different place.

The United States was still entangled in the quagmire of the Vietnam War, and tens, if not hundreds, of thousands of individuals still marched on city streets and on university campuses demanding an end to the bloodshed that would ultimately claim the lives of over 58,000 American soldiers and 3 million Vietnamese.

On May 15, Alabama Governor and presidential candidate George Wallace was shot (and paralyzed) by Arthur Bremer in a parking lot in Laurel, Maryland. Within 2 weeks, there would be two failed break-ins at the Watergate complex in Virginia, a crime that led to the downfall and resignation of President Richard Nixon in August 1974.

In June, the first U.S. Libertarian Party National Convention was held, and it became the first party to call for the repeal of all victimless crime laws. The five Watergate burglars and White House operatives were arrested for the break-in at the offices of the Democratic National Convention.

On June 29, the US Supreme Court issued a monumental decision in Furman v. Georgia, stating that the US death penalty was unconstitutional because it was administered in both a racially and geographically discriminatory manner, and it converted all existing death sentences to life imprisonment.  The decision saved the lives of 611 inmates in 31 states, including members of the notorious Manson Family in California, Sirhan Sirhan (also on death row in California), the convicted assassin of Sen. Robert Kennedy, and Richard Speck, convicted of killing 8 female student nurses in their Chicago residence.

An unofficial moratorium on executions began in 1968, and it would last until January 17, 1977. This was a far cry from the nadir of U.S. executions, in the 1930s during the Great Depression when an average of 167 executions were carried out yearly.

The case of Furman v. Georgia actually had its origins in a death penalty decision in Arkansas in 1962.

University of Pennsylvania law professor Anthony Amsterdam was contacted by the Legal Defense Fund and he led the effort in a petition for habeas relief, arguing that the death penalty was unconstitutional because “jurors were given no guidance about how to reach a decision, leading to arbitrary results; the single-verdict trial, in which the jurors had decided Maxwell’s guilt and sentence simultaneously, denied them the opportunity to weigh mitigating factors,” and due to claims of racial bias, showing that in the 2-decade period from 1945-1965, “black defendants who raped white women in Arkansas stood a 50% chance of being sentenced to death if they were convicted, compared to a 14% chance for white offenders.”

Amsterdam was the lead attorney several years later when he argued before the U.S. Supreme Court that the death penalty was overwhelmingly used against the “predominantly poor, black, personally ugly, and socially unacceptable,” the very people “for whom there simply is no pressure on the (state) legislature” to remove the death penalty.

The Court gave its answer on June 29, 1972, in a decision that reached almost 80,000 words and to this day remains among the longest decisions ever. By the narrowest of margins, 5-4, the court found that the U.S. death penalty was indeed “cruel and unusual punishment,” thereby violating both the Eighth and Fourteenth Amendments.

Each of the nine justices wrote his own opinion, with Justice Potter Stewart concluding that “these death sentences are cruel and unusual in the same way that being struck by lightning is cruel and unusual.” Justice Byron White wrote that while he did not believe that the death penalty itself was unconstitutional, “the penalty is so infrequently imposed that the threat of execution is too attenuated to be of substantial service to criminal justice.”

Justice Harry Blackmun added that “I yield to no one in the depth of my distaste, antipathy, and, indeed, abhorrence for the death penalty … and of moral judgment exercised by finite minds.”

Both Justices Stewart and White made it clear they opposed the outright and complete abolition of the death penalty. Indeed, they left the door open for states to meet the Court’s insistence on a uniform standard for death sentencing across the nation, and only six months later, in December 1972, Florida enacted new death penalty statutes and over 30 states soon followed.

The Court upheld two new and broad guidelines that state legislatures were required to follow in order to have a legal capital sentencing statute: first, there had to be objective criteria to direct and limit the death sentencing discretion, and the objectiveness of the criteria had to be ensured by appellate review of all death sentences; and second, the defendant’s character and record had to be taken into account before a death sentence could be delivered.  The Georgia, Florida and Texas cases were upheld in a 7-2 vote, and the North Carolina and Louisiana cases were not.

The moratorium on national executions would be shattered on January 17, 1977, when Gary Gilmore became the first condemned inmate to be executed in the US since 1967. He was shot to death in the Utah State Penitentiary. The floodgates on U.S. executions were soon to follow, with the U.S. beginning double-digit executions in 1984, peaking with 98 executions in 1999, and remaining in double digits virtually every year, including 11 in 2021.

There have already been seven executions thus far in the U.S. this year, with the next one scheduled for July 13 in Texas. A recent federal court ruling now makes 25 death row inmates in Oklahoma susceptible to the death penalty there, and while 23 U.S. states no longer carry out this punishment,  there are still almost 2,500 men and women who linger in the shadow of impending and eventual execution.

We remember well the rash of Federal executions in the waning days of the Trump administration. Joe Biden became the first U.S. presidential candidate to openly support an anti-death penalty platform, though his promise to end the federal death penalty within six  months of taking office rings hollow at the present time.

Still, we should remember, commemorate, and celebrate the Furman decision from 50 years ago. If only for a fleeting moment in our national history, the nation’s highest court — which had and has a terrible record in the defense, advocacy and protection of human rights, with its long and tainted history of legally defending slavery, genocide, eugenics, both racial and gender disenfranchisement, and other outrages inflicted against (groups of) individuals — showed what is and remains possible for this country regarding an end to the barbarism of the death penalty.

It remains the moral duty of all human rights activists to ensure that the moratorium of executions, once enacted for what proved to be only temporary, become a PERMANENT pillar of an America that is forever both death penalty-free and dedicated to the simple idea and essential truth of human rights, namely, that there is no such thing as a lesser person.