David Tabatsky is the author of The Boy Behind the Door: How Salomon Kool Escaped the Nazis, publishing September 1. 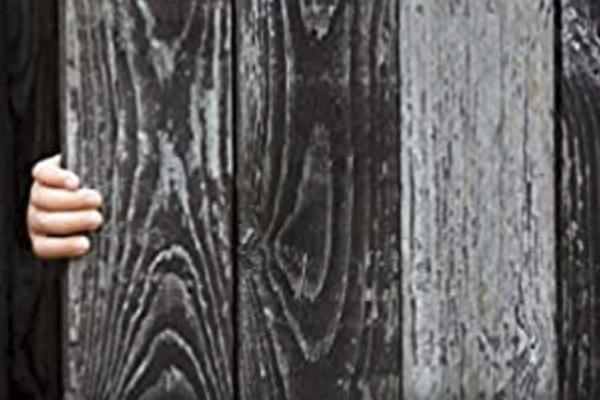 Cover Detail from The Boy Behind the Door

Several years ago, I was introduced to Sanford Batkin, an American businessman living in Scarsdale, New York. He had been active in the Jewish community for a long time and had a special story he wanted to tell.

In the 1970s, Sandy and his wife went on a vacation to Aruba, a small island in what is known as the Dutch Caribbean. They met Sal and Nettie Kool, a couple from the Netherlands, who were also on holiday. One day, while standing in the ocean, Sal poured out his astounding story to Sandy—how, as a young teenager, he survived the Nazi occupation of his country during World War II. It was the first time Sal had ever shared this part of his life with anyone outside of Amsterdam, and Sandy was flabbergasted. The two men and their wives became friends and continued to meet over the years.

As their friendship deepened, Sal’s survival story continued to haunt Sandy. He urged Sal to share his ordeal, not just with his sons in Israel but with a new generation who didn’t know much about what happened during the Holocaust. Sandy encouraged Sal to write a book but Sal, a shy and private man, wasn’t too keen on the idea and did not know how to begin.

That’s where I came in. Sandy asked if I would go to Amsterdam and work with Sal to tell his story. I was fortunate to spend a lovely and meaningful time with Sal and Nettie, as they hosted me for many meals, and Sal and I retraced his young life through the streets of Amsterdam, where he was born and raised and forced to escape before finally returning at the end of the war.

The Boy Behind the Door: How Salomon Kool Escaped the Nazis is the result of our combined efforts to tell this extraordinary story. Sandy initiated the project. Sal provided as many memories as he could, along with great insight, and after careful research, I developed a story that was faithful to every event in Sal’s life and captured his experience.

All of it is based on real events and real people. It is the story of a Dutch teenager who repeatedly evaded the Nazi dragnet and survived on his own during the German occupation of the Netherlands during World War II.

Sal hid behind a door while the Gestapo took away his mother and elderly aunt. This was the first of many terrifying things he witnessed before the Allies liberated the Netherlands.

Sal moved in with his only surviving cousin after the war ended. He studied physical therapy, but the Dutch military draft cut that short. He tried to secure an exemption, appealing to the Queen, herself, claiming that a Holocaust survivor should have special consideration. He was denied. The army sent him to the Dutch East Indies, now Indonesia, in 1947. When he returned two years later, he joined the Jewish War Orphans’ Organization, but they didn’t help him.

Back in Amsterdam, Sal joined a group of survivors, called the Magen David Club. He met Nettie Blitz, a strong, beautiful woman who had also survived the war in hiding, thanks to Walter Süskind. She was the first person in a long time that Sal trusted. In 1954, Sal and Nettie were married. They had two sons, who now live in Israel with their families.

For years, Sal never stopped hoping that his parents, his two brothers, and his sister were still alive. He searched endlessly through hundreds of documents and microfilm records. Sal discovered that all of them had been rounded up in the notorious Nazi razzias and deported to concentration camps where they died.

For the rest of his life, Sal remained haunted by his memories. He carried the burden of survivor’s guilt: that he escaped the worst while his family suffered and died.

The Boy Behind the Door is enlightening and easily accessible for readers of all ages. You can learn more about Salomon Kool in a 2005 documentary film, Secret Courage: The Walter Süskind Story, where Sal and other children describe how Süskind saved them.

For me, the son of a cantor and WWII veteran, who grew up seeing numbers tattooed on numerous arms, sharing this story has reminded me of a collective mission to always remember.