Society and Historical Memory: Six Common Ways People Relate to the Past

Andrew Joseph Pegoda has a Ph.D. in History, with a focus on historical memory, and teaches women’s, gender, and sexuality studies; religious studies; and English at the University of Houston. Pegoda can be found on Twitter at @AJP_PhD. 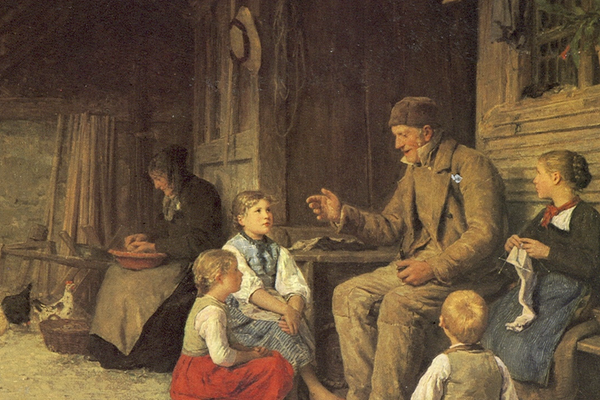 People constantly think about the past—something I define as starting a second ago and encompassing everything, everyone, and everywhere. The past, or history (with a deliberate lowercase “h”), on its own is complex. How people understand, remember, and study the past—or History (with an equally deliberate but capital “H”)—is far more complex.

For over a decade, I’ve been particularly interested in how people approach the past, as most people do so in very different ways compared to the trained historian. There are six expressions that come up again and again when observing how people in everyday life engage with history. While historians are normally focused on discovering and sharing what really happened, understanding how people en masse understand the past is also vital because these understandings—inaccurate as they often are—are vital and embody important information about their hopes and fears. People are always thinking about the past. Understanding how they do so helps to better reflect and understand our own conceptions of all things History.

“Things were better back then.”

Another variation of “things where better back then” is what I call “the utopian past.” And it applies to historical narratives sliced in any number of ways—personal, local, national, and international histories.

Schools, novels, movies, and family histories tend to present stories about the past that directly or indirectly include messages about how bygone eras were less complicated and less busy and were both friendlier and safer. We further look at music or literature from past decades and centuries and deem it superior. As Dr. Shiladitya Sen wrote on Facebook in the context of Survivorship Bias, “For every Shakespeare or the Beatles, there was huge amounts of crap around it, but we don’t remember or look at it, so the past seems (if you’re not thinking much about it) full of brilliance.”

We even look upon our childhood or younger adult years and nostalgically yet wrongly remember restaurants serving better food and stores selling longer-lasting appliances. We remember the simplicity of being a child without remembering the near complete lack of autonomy: “Teacher, may I use the bathroom?”

In comments about the past, uses of “back then” and “better” remain fuzzy and undefined and don’t acknowledge that vast change is one of the few constants of life on the third rock. “Back then” and “better” never remember past tragedies, whether because of genocide or to now-curable illnesses.

Sometimes conditions were better in an earlier time when looking at specific factors. For example, Black individuals had more rights in 1620 compared to after Bacon’s Rebellion (1676-1677) and after the Stono Rebellion (1739), as evidenced by Anthony Johnson’s life (c. 1600-1670) and the Negro Act of 1740. Such ebb and flow is typically underrecognized given that myths of continual improvement are commonplace; however, recent SCOTUS decisions have helped people see such.

“We know better, they didn’t know any better.”

The “we know better, they didn’t” method of engaging with the past especially comes up when talking about basic human rights. In terms of popular memory, things are (almost) always better now and people in the present are afforded superiority. People—those privileged—tend to use “we just know better now” to both excuse racism, sexism, homophobia, and ableism and to erase any kind of responsibility they or their ancestors previously had. As @DanDanTransient’s now-deleted Twitter post put it, “‘People didn’t know better back then’ is the author’s way of reminding you that for them only white people are people.”

Historical evidence proves again and again that people in the past always knew better, or at the very least, encountered people who actively challenged their ageism, social Darwinism, and xenophobia. Using the language suggested by @absurdistwords, white southerners who engaged in human trafficking and who held Black people in death camps were confronted with Black people’s agency as evidenced by uprisings, escapes, and freedom narratives. Such actions negated enslavers’ declarations of slavery as a positive good for all. The problem wasn’t ignorance; it was motivated self-interest.

The idea of innocent ignorance looks all the more ridiculous when considering the question of women’s bodily autonomy and men’s culpability for violating it. The 15th-century Christine de Pizan wrote in her The Book of the City of Ladies, “It therefore angers and upsets me when men claim that women want to be raped and that, even though a woman may verbally rebuff a man, she won’t in fact mind it if he does force himself upon her. I can scarcely believe that it could give women any pleasure to be treated in such a vile way.”

“I would have done better back then.”

The problem with such thinking is multifold. It rarely includes any realistic and specific examples of actions that would have been taken. It erases people “back then” who did use their energies to resist conditions in both overt and covert ways. It’s very individualistic, too—it ignores that nothing happens without at least some kind of outside assistance.

And what does “better” even mean? “Better,” indeed, judges past actions with the simultaneous advantage and disadvantage of hindsight.

It further erases human rights violations happening presently. People who say “I would have done better back then” are also those who tend to do little in their own era to promote positive change.

It’s certainly uncomfortable to think about, let alone accept, but who we are would be totally different, say, if born in Jackson, Mississippi, in 1840 instead of in Houston, Texas, in 1980. Someone white and male born in the U.S. South in 1840 would have undoubtedly been taught by society and its institutions to be more racist and sexist compared to someone white and male born in the same place in 2020.

“I would have done better” is also unproductive. It’s selfish. It doesn’t do anything to promote historical thinking. Worse, it promotes a dangerous kind of rewriting of the past where people start to actually imagine the past as better than it was or begin to think of themselves as a would-be savior figure in a utopian past.

“Things back then were the same.”

Sometimes people phrase the “things back then were the same” way of thinking historically as “there’s nothing new under the sun.”

This essentialist-based conception of the past denies change over time. History, after all, is exactly the study of change over time. This way of seeing the past tends to have a historical perspective that extends back only a few hundred years at best and that does not extend forward into the future.

Seeing everything as effectively the same across time and place glosses over actual differences and has dangerous implications. It promotes a lack of free will. It gives a kind of excuse to oppressive forces: If classism has always existed and will always exist, we can’t do anything about it and should focus on things besides equity. It—wrongly—suggests that global warming isn’t really a concern because it’s “always been a concern.”

It even discourages creativity. Again, if “things are always the same,” what’s the point of working with poetry or sculpture? As with the other major ways people engage with the past, “things back then were the same” disproves itself when people deem Shakespeare, Artemisia Gentileschi, Frederick Douglas, or Virginia Woolf exceptional creators of art.

And it ignores the historical forces that emerge to create new identity categories. For example, economic and political dynamics first created a Black race of people only when Europeans began destroying the African continent in the 15th and 16th centuries. And queer people did not exist until the convergence of cultural, economic, and scientific movements and advances in the 19th and 20th centuries that gave rise to large cities and to sexology.

Things remain the same in only the broadest of the broadest perspectives. People need nourishment. Conflicts emerge. People with power generally, but not always, hurt those without as much power.

People sometimes lose interest in the past and with a shrugged shoulder say, “I don’t care. It’s all just made up anyway!”

Politicians are largely responsible for people becoming aggressively disinterested in the past because they do make up the past. They determine what parts of the past can be taught and how they can be taught. Recently the trend is to ban all discussions of racism (otherwise known as Critical Race Theory).

History, even in colleges, is often taught poorly—without primary sources, without discussions of historiography, or without meaningful nuance.

When people do encounter more complex narratives or narratives that include the horrid actions of the past, it’s difficult for people to accept because it contradicts what they learned as a child. I know of a person who could not initially handle learning that Sam Houston, William Travis, and other “heroes of Texas” were white supremacists. This person thought it was the academic histories that “just made it all up.”

People also say “it’s all just made up” when they don’t understand that all narratives about the past are always incomplete. Every narrative is limited and only a sliver of what happened. Accounts about the past, even the best of the best, always have generalizations, such that the lines between fiction and nonfiction are blurred. This does not, however, mean “it’s just made up.”

Finally, “it’s all just made up” occasionally emerges because narratives about the past do change and people assume such changes are nefarious and politically-driven.

How we think about the past can and should change as we learn more. The usable past, the available past changes and develops as new evidence and new perspectives emerge.

“That’s not what happened back then.”

The “that’s not what happened” form of engagement especially occurs when people hear or read narratives of events they lived through or have already learned about in detail.

“That’s not what happened” implies that someone thinks their experiences and perspectives are the only correct ones. Historical engagement requires accepting that events happen beyond that which we have personal, first-hand knowledge. And this is harder than it seems!

To illustrate further: let’s imagine you’re writing a book about present-day events throughout the nation. Imagine that for one minute you could know every single thing that occurred throughout Texas, in private and public spaces, everywhere, everything, with every living and non-living creature. In such a case, you would only know what happened during that one minute in 7.0739 percent of the United States and only in 0.0014 percent of the Earth (talking about the surface). And if such were possible, you would never have time to fully process, analyze, understand, record, and remember everything that occurred in that one minute.

Thus, stories about the past are just that, incomplete, always-in-progress, evidence-based stories. Not everyone will be or can be specifically represented. “That’s not what happened” might be true for a specific person, but that does not void the account in question.

“That’s not what happened” also emerges when people encounter histories that newly-emphasize some aspect of historical oppression which in turn can make some feel uncomfortable.

Finally, “that’s not what happened” can be an appropriate response: Books, movies, and museums sometimes deliberately misrepresent the past in dangerous, significant ways, such as how Texas History museums often delete any mention of enslavement or as how The Help makes civil rights struggles for Black people fun and laughs. On the note of The Help, I’m reminded of this quotation: “Historians: All histories are fiction. Objective truth is illusory. Every narrative is a subjective product of its author and context, with no tangible bearing upon reality. Historians watching any film remotely connected to their field: Well that never fuckin’ happened.”