by John Landry and Howard Wolk

John Landry is a historian in Providence, and Howard Wolk is an entrepreneur and investor in Boston.  They are co-authors of Launchpad Republic: America’s Entrepreneurial Edge and Why It Matters (Wiley, August 2). 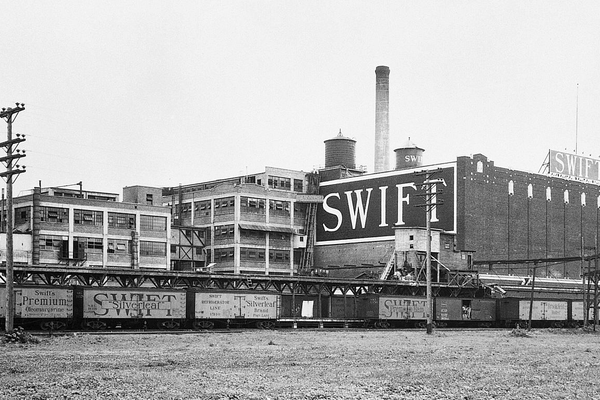 “I refuse to recognize any impossibilities.  I cannot discover that anyone knows enough about anything on this earth definitely to say what is and what is not possible.” – Henry Ford, 1922

Pessimism is in the air.  A rising number of economists seem to have resigned themselves to slower American economic growth.  They cite both the slow recoveries from recent recessions and the failure of recent technologies to jumpstart productivity.  Like Robert Gordon, they look back wistfully to the century from 1870 to 1970, when the “second industrial revolution” of mechanical and chemical advances drove real per capita growth at an annual rate of 2%.  Even the more optimistic economists now expect growth at 1%.

This slowdown, combined with rising income inequality, has called capitalism into question.  Critics seek stepped-up government intervention in the economy, with aggressive antitrust, redistribution of wealth, and heavy regulation.  But this approach neglects a crucial factor in the glorious century of rapid growth.

Despite calls for nationalizing industries, weakening the currency, or radically expanding government power, 19th century Americans maintained a decentralized political economy balancing property rights with the right to compete.  The result was an entrepreneurial dynamism that drove the powerhouse innovations of those decades.  To recapture that growth, we need to trust in our entrepreneurial dynamism to address our main problems, with government as a supporter rather than leader.

Bringing Forth the Glorious Century

Most histories of the 1870-1970 period tell a rather deflating story.  Yes, the American economy succeeded in connecting isolated homes to water, electricity, transportation, and telecommunications, while greatly reducing pollution and infant mortality.  People began to live vastly better lives.  But this was all low-hanging fruit, the inevitable consequence of easy innovation fueled by government spending, cheap immigrant labor, and strong tariff protection.

A close look at those decades, however, tells a different story.  Most of the great innovations were hardly obvious at the time, and required remarkable ingenuity and persistence.  Even the building of national markets required overcoming local monopolies and connecting disparate transportation networks – a political as well as economic challenge.

Actual innovators had to work even harder.  Take the advent of refrigerated train cars, which greatly reduced the cost of meat for urban households.  Until the 1880s, people who wanted meat had to rely on livestock transported on foot or rail, which raised costs and lowered quality.  Gustavus Swift, a Chicago meatpacker, introduced refrigeration, which made possible centralized and efficient slaughterhouses close to grazing areas.  But the existing railroads, which preferred to own all the freight equipment, refused to transport Swift’s specialized cars.

At that point Swift could have given up and let the big roads eventually get around to copying his invention.  But he was ambitious and relentless, so he cleverly partnered with Canadian and smaller railroads to get his cars to the northeast.  The invention proved so popular that the big roads eventually capitulated.  His entrepreneurial drive gave the country inexpensive meat years, if not decades, sooner than it would have otherwise.

An even bigger leap came from Henry Ford, who (as in the epigraph) refused to accept the conventional wisdom that automobiles were just horseless carriages for the rich.  He was crazy enough to believe he could make durable, reliable cars that his father and other farmers could afford.  Like entrepreneurs throughout this period, he learned the basics from an established business, but was too restless to make a comfortable living going with the flow.  He quit to set up his own company, one that revolutionized the industry and improved everyone’s standard of living in the process.

Why then did America’s glorious century end?  Part of the problem was the rise of big business that gradually tamed entrepreneurship.  The aggressive moves of Swift and Ford, like those of McCormick, Rockefeller, and Carnegie, succeeded so well as to yield large organizations that increasingly prized steadiness over innovation.  Meanwhile rising affluence led to calls for government intervention to stabilize and regulate the economy.  We still generated remarkable inventions, from antibiotics to semiconductors, but now we had fewer entrepreneurs to drive these through the economy.

Many economists and historians took the slowdown in stride, as evidenced by books such as America at Middle Age.  But fortunately, a wave of new entrepreneurs emerged after 1970 to take up the challenge.  Rather than complacently settling into comfortable corporate positions, they began pushing crazy ideas that benefitted us all.  Political leaders supported the dynamism with deregulation and stable fiscal and monetary policies.  Unlike in many other countries, entrepreneurs flourished here with our balance of property rights and the right to compete.  From Microsoft and Apple to Uber and Tesla, they built world-class companies that advanced our lives.

We’re continuing to see talented people quit their jobs to try out a venture.  Some, like Marc Lore, become serial disruptors: build a profitable upstart (Quidsi), sell out to a slower-moving incumbent, use the proceeds to build another challenger (Jet), and repeat (Wonder).  Money isn’t enough to satisfy them – studies suggest they would make more money per hour with a corporate job.  They prefer the adventure of starting up a business outside the corporate grind.

Those efforts gained momentum in the 1990s, with the internet and the great expansion in venture capital.  The great innovations of this period, which continue to emerge, have yet to jumpstart growth.  That’s partly because these fundamental changes, like electricity in the 1880s, can take decades to propagate.  We probably need another generation of persistent tinkerers before realizing the full productivity boost of computers and robots.  But there’s plenty of room for optimism.

In contrast to the gloom of most commentators, the world of entrepreneurship has never been so exciting.  We’re seeing capital flow into ventures that promise major improvements, from lower delivery costs to ameliorating climate change.  All we need to do is learn the lesson of the late 19th century and hold back from discouraging this dynamism.