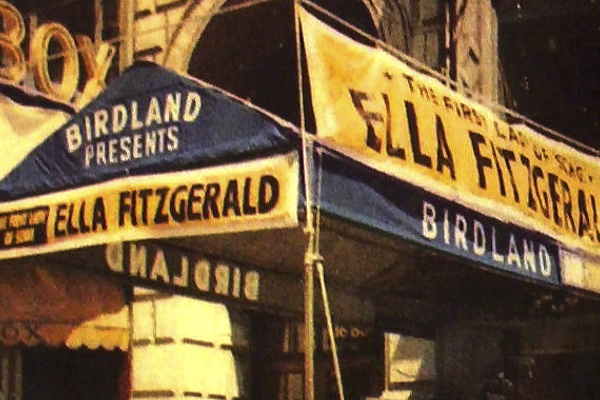 “Every civilization is known by its culture and jazz is America’s greatest contribution to the world – it is our ‘classical’ music.”  – Tony Bennett

Beethoven, Bach and Mozart, along with other great classical music composers, had patrons, usually wealthy princes who took great pride in displaying “their” musician and his works.

In the first years of the 20th century, jazz, music deeply rooted in the Black experience, grew in popularity among both Black and white audiences, despite the prevailing racism and segregation laws of the South. Black jazz musicians, who could be arrested by white police for almost any reason, found “patrons” of a different sort in New Orleans (and later in Chicago and Kansas City): local mobsters.

Before the 1920s, jazz was scorned as primitive “colored” music. Mobsters, often Italian, but sometimes Irish or Jewish, saw African Americans as outsiders like themselves and they controlled most of the clubs where fans came to hear the exciting new music – and also to partake in forbidden activities such as gambling, prostitution and illegal drugs.

As English points out, “It is a quirk of history that around the same time that jazz was first taking shape, organized crime was also in its incubation stage...Many white people were as enthused by this new music as African Americans. The idea that jazz could cross over and become a viable source of commerce became a gleam in the eye of gangsters from sea to shining sea.”

English notes that “From the beginning, the relationship was based on a kind of plantation mentality. The musician was an employee for hire, not unlike the waitresses, busboys and doormen.” Through corruption, payoffs to cops and politicians, the club owners guaranteed the safety of their employees. If there was a police raid, the musicians were quickly sprung from jail.

Louis Satchmo Armstrong, the most famous early jazz artist, recalled in his memoir, Satchmo: My Life in New Orleans (1954), that his first paying gig as a cornet player at age 16 in 1917 was in a saloon (really a front for gambling and prostitution) owned by a member of a local Sicilian mob family.

In New Orleans, the birthplace of jazz, the music flourished in the clubs lining the streets of the Storyville neighborhood. Jazz music, along with gambling and prostitution flourished in Storyville until the U.S. Navy (worried about its sailors) stepped in 1917 and closed down the neighborhood, forcing the dispersal of the city’s jazz musicians to points north.

Many jazz musicians settled in Kansas City, another “open city” where corruption allowed widespread gambling, prostitution, bootlegging and all-night jazz clubs. Louis Armstrong wound up in Chicago where in 1924, he took a long-term gig at Joe Glaser’s Sunset Club, one of the dozen clubs in which Al Capone had an ownership stake. Capone valued the clubs for the cash they generated, but he also enjoyed jazz music and was a frequent visitor at the Sunset Club.

Louis Armstrong knew who Capone was and recalled later that he stood out in the crowd, “a nice little cute fat boy – young– like some professor who had just come out of college to teach.”

Most popular histories of jazz music skip over the importance of the mob’s patronage, although the connection was never a secret – memoirs from Mezz Mezzrow (published 1946) and Armstrong’s 1954 book describe it.

English is one of the first authors to research this topic in-depth and chronicle the arc of the relationship throughout the 20th century. A journalist and screenwriter specializing in crime, his previous books include Havana Nocturne, Paddy Whacked and Where the Bodies Were Buried. His screenwriting credits include scripts for NYPD Blue and Homicide.

English draws upon his knowledge of organized crime to detail the mobsters’ tribal loyalties and violent rivalries. He effectively conveys the dangerous, exciting world of the “black and tan” (i.e. integrated) nightclubs. We learn that the word jazz entered was originally spelled jass and entered the popular lexicon via an editorial in the June 17, 1917 New Orleans Times-Picayune which denounced the local music as “indecent” and an “atrocity in polite society” that should be suppressed. The expression “hip” entered the underworld jargon in the early days of Prohibition when a one musician might ask another “Are you hip?” to see if they were carrying a hip flask of illegal booze.

Dangerous Rhythms contains many fascinating anecdotes about the early jazz musicians including Sidney Bechet, Fats Waller, Duke Ellington and Billie Holiday. The book also details the operations of the major clubs, including the famous Birdland and the Copacabana in New York City, both controlled by mob-connected figures.

Birdland, located just off Times Square, opened in 1949 and was billed as the “Jazz Corner of the World.” Many seminal live recordings were made in the club, including performances by Charlie Parker, Art Blakey, George Shearing, Stan Getz, Lester Young, Sarah Vaughn and Count Basie.

The symbiotic relationship between jazz performers and gangsters extended well into the 1950s and ‘60s and reached as far as the West Coast where mob-connected institutions such as Ciro’s on the Sunset Strip in Los Angeles and the Sands Hotel in Las Vegas featured famous jazz performers.

According to English, the mob’s control over major nightclubs was finally ended in the 1980s, when “jazz declined as a significant percentage of the country’s entertainment dollar and the mob found other fish to fry.”

In addition, the mob’s organization suffered a devastating setback when federal prosecutors went after the leaders of the Five Families in New York.  Using the new RICO (Racketeer influenced and Corrupt Organizations Act) laws, prosecutors in the 1984 “Commission Trial” were able to put away key leaders for long prison sentences.

Today, of course, jazz remains very popular, is shaped by a new generation of musicians and is played in prestigious venues from Lincoln Center to the Hollywood Bowl. English concludes that “as it turned out jazz did not need the mob to survive.”