Jacob Goodwin is a sixth grade social studies teacher and the 2021 New Hampshire History Teacher of the Year. He is on Twitter @contemplat_ed. 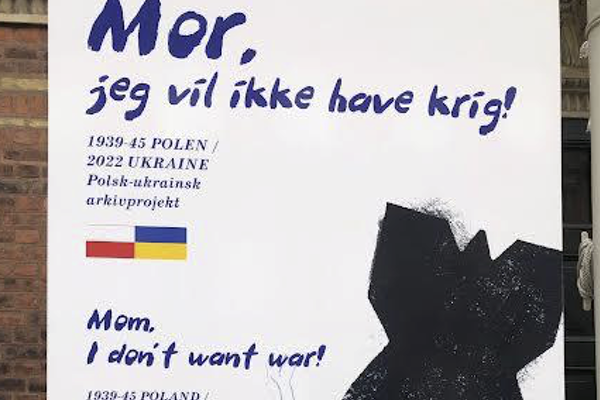 You’ve seen the photos from Ukraine. The bombed out schools, the ghostly writing left behind on blackboards, desks turned over and posters in tatters.  As Russian attacks mercilessly drum on, innocent Ukrainian families and children flee westward.

It was in a rural school in Northern Germany where I first met two elementary school-age brothers from Ukraine, now living as refugees.  I had not anticipated meeting children from Ukraine in my month-long research trip to German schools, and they hadn’t expected to be there either. Yet, there we all were, at a small school focused on democratic living and practices.

The boys arrived at the school not speaking any German.  One of their multilingual peers reported to me in English that the boys had made a lot of progress since the start of the school year. The younger of the two acted out and was known to hit others, perhaps responding to the chaos and upheaval that he had endured at such an early age.

The Ukrainian boys' new German teachers told me that there were many more children who had arrived in the area, but that they opted to take courses over Zoom with their teachers back home who had been unable to leave the country due to travel restrictions.  There was hope that the frequent video calls would ease the eventual return of the children to their regular schools in a post-conflict Ukraine.

As a sixth grade Social Studies teacher, I was curious to find out how a country balances talking about its own difficult past while encouraging pluralism, respect and youth engagement.  The immediacy of the crisis in Ukraine highlighted the pressing nature of addressing how our systems of education respond to such inhumanity.

Putin’s nationalistic war of aggression seeks to create a mythic “Greater Russia.” This has been part of a long campaign that seeks to erase the unique history of the Ukrainian people. Part of this campaign featured comments from the Russian leader, such as his claim that, “Modern Ukraine was entirely and fully created by Russia.”  Along these lines, he believes that if Russia created Ukraine, then Russia can also destroy Ukraine as it deems fit.  The brave resistance of the Ukrainian people shows how Mr. Putin is wrongheaded in his notions and actions.

The warped view of history, as told by Putin, is a feature of nationalistic ideology, which divides the world into “us” and “them.”  The basic logic of this simplistic binary is to rationalize the use of state-sanctioned violence in the name of “us” to protect against the dangerous “them.”  As Yale Historian Timothy Synder points out, constructing the mythic past is part of “the politics of eternity,” whose followers believe that there is always a danger to civilization posed by the “outsider.”

The pull of the narrative of a divided world is especially powerful in times of heightened anxiety and social upheaval. Those in power who try to smooth over the past do so out of a desire to mask the pain of resentment and embarrassment.  For Putin, there is the desire to hide the failures of the post-Soviet state, to reclaim a pseudo-historic image of Russia, and to channel outrage over lack of economic development toward the West. All of these aims, in addition to geo-political military positioning, against the perceived threat of NATO expansion in the Baltics and beyond, have driven Putin’s quixotic escapade of death in Ukraine.  Autocracy rots the promise of education.  It is a blight on the dreams of future generations.  It produces fear and conformity, stunting creativity, expression, and the power of imagination. A world divided is a destructively simple idea that masks brutality.

Resisting Authoritarian Education: In Exile and At Home

Authoritarianism has no place in education.  Even in the bucolic state of New Hampshire, I have seen it sprout up in the bullying tactics of politicians and when lawmakers attempted to ban honest conversations about our nation’s history of sexism, racism, antisemitism and xenophobia.  At the core of such restrictions on intellectual and academic life is the concept that it is unnecessary to engage in independent analytical thinking because the politics of eternity explain all that needs to be known by the general public: the past was glorious.

Countering the pull toward nationalistic authoritarianism requires intellectual openness and curiosity.  This is a challenge in the time of recovery from the global pandemic, environmental catastrophe and jagged economic turbulence.  In these times, we want security, consistency, and remedies to our social ailments.  These desires can close people off to new ways of thinking and being, as many are in harm-reduction holding patterns that disallow newness out of fear.

Children know that pain exists in this world.  All too many of them live that pain.  Others have intergenerational wounds that require adults to attend to help them heal and grow. While I can empathize with parents, such as one German-American parent who went to great lengths to hide news of the War in Ukraine from her child, such a decision deprives a classmate of another understanding peer.  We have an obligation to listen to children in such a way that provides them with the knowledge they seek and the knowledge that allows for them to be fully in the world today, as they are. 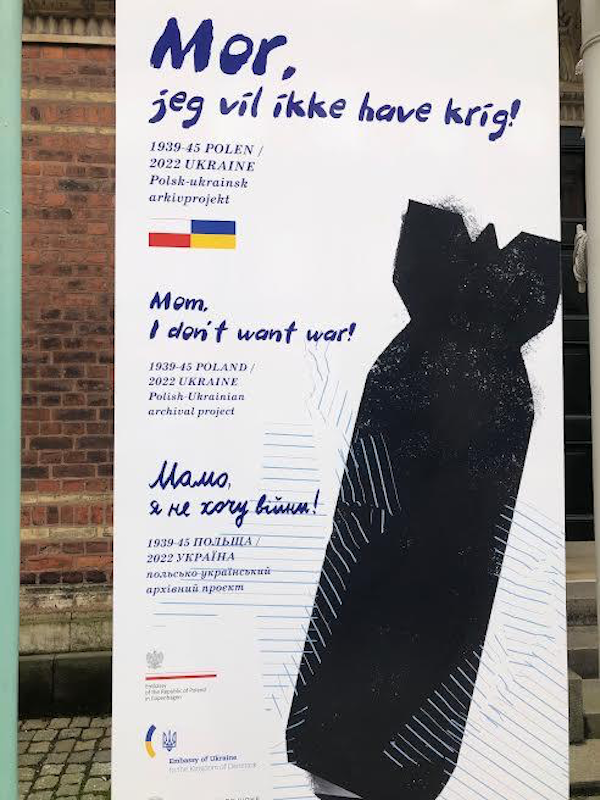 In pictures and words, children are processing the trauma of wartime violence.  One public art display in Copenhagen places the illustrations and writings of children of 1930s Poland next to the experiences of children caught in the Ukrainian conflict today.  Such displays remind adults of the importance of speaking up against all forms of oppression and the need to have spaces in schools and in public that honor the voices and experiences of children.

While there is room for rational discomfort and fear, we must be able to work through that fear to model for our young people how we can make the most of this moment of change – how we can live with uncertainty and create a new way of living that acknowledges the hurt and harm of the past while also moving to be more honest about the possibilities of today.

Teaching and learning history will not be without controversy or conflict, but the ability to recognize and critique the tropes of nationalism is a step toward preserving peace and freedom. These ideals of nonviolence start in a place close to the heart and grow through intermittent bursts that entangle us in the beautiful knarl of life. Nested here we find ourselves in the company of sorrow and joy.

There is no escaping the hard truths of the past, but we can all strive to see how we are shaped by those who have come before us. It is only then that we can meet the challenges of today.