The US is a Procedural, Not a Substantive, Democracy

Van Gosse is Professor of History at Franklin and Marshall College and Co-Chair of Historians for Peace & Democracy. He is the author of The First Reconstruction: Black Politics in America, From the Revolution to the Civil War (University of North Carolina Press, 2021). 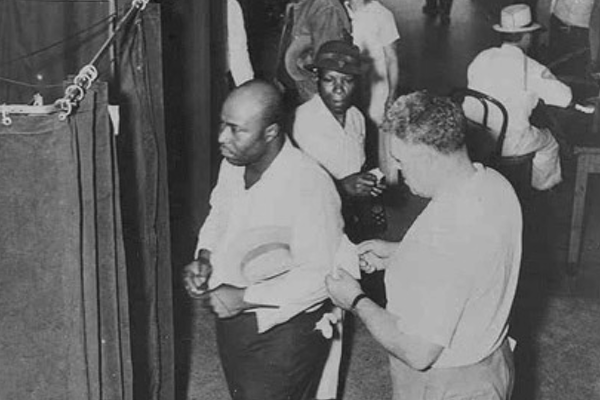 The United States is well on its way to becoming a strictly procedural democracy, wherein legal and constitutional norms are observed, but the core requirements for democratic decision-making—the rule of the majority, the right of all citizens to vote without hindrance—are ignored.

In the eight presidential elections since 1988, Republicans have carried the popular vote only once, in 2004, when George W. Bush won 51% against John Kerry. Otherwise, the GOP is distinctly a minority party, incapable of winning the popular vote in a national election.

That fact is essentially meaningless, however. Because of our archaic and increasingly corrupted electoral system, Joe Biden’s seven-million-vote majority in 2020 could easily have been trumped by the suppression of a few hundred thousand votes in just four states (Arizona, Georgia, Pennsylvania, and Michigan).

That we are no longer a stable democracy is no new insight. Editorial boards, pundits, and scholars constantly decry this danger. But too often the precedents cited are from somewhere else: “illiberal democracies” like Hungary and India, or outright fascism, as in pre-war Europe.

We do not need to go abroad, seeking monsters. The precedents for a sham democracy are amply available in our own history, and our established constitutional order.

For most of our history, the U.S. could not be construed as democratic in any valid sense. It was “a republic, not a democracy,” as conservatives like to claim. They are right. There was no requirement for majoritarian rule. Open disfranchisement and restricted electorates were widely accepted.  A return to those norms is the present danger, not Donald Trump’s return to power, because today’s Republicans began pursuing that goal long before he rode down that escalator in 2015, and will continue to pursue it even if he disappears from the political arena.

What are the legal and constitutional precedents Republicans have and will invoke to justify a procedural democracy?

First, there is no affirmative right to vote anywhere in the Constitution or its later judicial interpretations.  In 1789, the Constitution delegated authority over elections to the states via Article I, Section 4: “The Times, Places and Manner of holding Elections for Senators and Representatives, shall be prescribed in each State by the Legislature thereof.”

In practice, this meant that individual states did as they saw fit, either excluding or admitting poor men (“paupers”), immigrants whether naturalized or not, and free Black men. And despite the later amendments barring the use of race, gender, age, or a poll tax as conditions for voting, that ultimate control over elections remains with the states today.

Of course, the largest anti-democratic factor prior to the Civil War was the provision allowing states to count the enslaved as three-fifths of a person for purposes of representation. This special privilege vastly expanded the South’s weight in the House of Representatives and the Electoral College: most presidents before 1860 were either slaveholders or defenders of the institution.

Radical Reconstruction after the Civil War is the great exception to this long history of exclusion.  For about a decade, the federal government under President U.S. Grant enforced voting rights throughout the South, and formerly enslaved men voted in vast numbers.

In 1876, however, the Electoral College deadlocked with rival slates from three Southern states where Democrats tried to exclude Black voters. In the “Compromise of 1877,” Republicans made a deal with Democrats to keep the presidency in return for withdrawing federal troops from the South. After that, democracy slowly imploded. Between 1890 and 1908, the former slave states all found constitutionally permissible ways to disfranchise their Black citizens. As a consequence, an entire section of the electorate was excluded for several generations. And because poll taxes discouraged voting in general, many poor whites also did not vote.

Consider Alabama in 1932. In that crucial election when FDR took charge at the Depression’s height, a mere 18% of eligible Alabamians cast a ballot. Turnout like that was typical across the South throughout the first half of the twentieth century.  By what logic could anyone call such a system “democratic?”

All of these restrictions received the Supreme Court’s sanction. Only the Voting Rights Act of 1965 ended the South’s system of minority rule, and today’s Court has shredded what is left of that legislation. Since Shelby County in 2013, the justices have repeatedly refused to block efforts to guarantee Republican victories by restricting the electorate, whether through arbitrary purges of voter rolls, “voter identification” laws, ending early voting and mail balloting, imposing limits on voter registration, and much more.

In sum, we are rapidly heading back to what the United States has been for most of its history—a strictly procedural, sham democracy, where minorities claim power and then hold onto it by any means necessary.  To turn a favorite phrase of President Biden’s on its head, this is who we are.