The Tyrannical History of Military Tribunals for Civilians

Mr. Robinson, a native of New York City, is associate professor of history at l'Université du Québec à Montréal and author of By Order of the President: FDR and the Internment of Japanese Americans. His latest book is: A Tragedy of Democracy: Japanese Confinement in North America (Columbia University Press, July 2009). 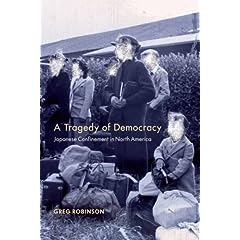 Barack Obama was swept into office on a promise to close down the prison that the Bush administration created at Guantanamo in order to evade the constitutional protections offered prisoners in the United States. The new president nevertheless has approved the continuing use of military tribunals to try at least certain detainees. Faced with the difficult problem of defending the nation against terrorist attack, Obama and his advisers presumably hope that they can modify the structure of these courts so as to protect the innocent without making it impossible to hold the guilty. However, the clearest historical precedent is not reassuring in this regard. Rather, the military tribunals that operated in Hawaii during World War II created a shameful record of arbitrary justice, one which the U.S. Supreme Court subsequently rejected.

Army courts were part of the military government that took power in the then Territory of Hawaii following the Japanese attack on Pearl Harbor in December 1941. Commanding General Walter Short (who browbeat the civilian governor into approving unlimited martial law) declared himself military governor, dissolved the elected legislature and suspended the U.S. Constitution. The military regime proceeded over the following weeks to issue decrees regulating all aspects of civilian life. Meanwhile, the army closed down all civilian courts. When the courts reopened one week after Pearl Harbor, they were restricted to considering civil cases, a network of military commissions and provost courts was established to try all criminal cases.

These military tribunals, presided over by armed officers without legal training, were classic examples of drumhead justice, unfettered by rules of evidence, presumption of innocence, or other constitutional safeguards. Juries were forbidden and lawyers discouraged or even barred. The courts were effectively rigged against defendants. Of the 22,480 trials conducted in provost court in Honolulu in 1942-1943, 99 percent ended in convictions—one officer who heard 819 cases issued convictions in all 819! Judges frequently issued severe sentences, including imprisonment and hard labor, for trivial offenses, and no machinery existed for appeals.

In March 1943, nine months after the American victory at Midway ended any real threat of a Japanese invasion of Hawaii, the Army restored certain governmental functions to civilian control. Yet habeas corpus remained suspended and military tribunals continued to judge criminal cases. When in July 1943 federal judge Delbert Metzger ordered General Robert Richardson, the new military governor, to produce two prisoners who had filed habeas corpus petitions, Richardson refused and issued orders threatening Judge Metzger with imprisonment at hard labor unless he abandoned all such proceedings. Ultimately the parties agreed to moot the case.

In February 1944, though, Lloyd Duncan, a civilian laborer, was arrested for assault on two Marine sentries. Summarily found guilty and sentenced to six months imprisonment by a military tribunal, Duncan challenged his conviction. Defying army authorities, Judge Metzger granted him a writ of habeas corpus and scheduled the case for trial. During the ensuing hearing, Richardson and Admiral Chester Nimitz insisted that military tribunals were essential because of the continuing danger of invasion from Japan. However, Duncan’s lawyers introduced evidence that Japan’s fleet had been destroyed, and under cross-examination Richardson and Nimitz admitted that any invasion was very improbable. Richardson and Justice Department lawyers arguing the case then changed strategy. Turning to racism to buttress their case for military tribunals, they alleged that Hawaii’s racial diversity, notably the presence of 150,000 Japanese Americans whose loyalty could never be trusted, made martial law imperative. In April 1944, Judge Metzger ruled in favor of Duncan and ordered him released. Since the ruling raised doubts about the validity of all military court sentences, the army appealed in federal court. In October 1944 President Franklin Roosevelt officially rescinded martial law in Hawaii, thereby dissolving all military tribunals, but the appeals continued.

In December 1945 the case, now called Duncan v. Kahanamoku, was argued before the U.S. Supreme Court. Two months later, the Court definitively overturned the military tribunals. Justice Hugo Black, writing for the majority, expressed outrage over the army’s treating Hawaii like conquered territory: “Our system of government clearly is the antithesis of total military rule and the founders of this country…. were opposed to governments that placed in the hands of one man the power to make, interpret and enforce the laws.”

The Duncan ruling, like the larger history of military rule in Hawaii, has been largely obscured in current discussions of constitutional law. President Obama would do well, however, to consider the injustice meted out by past military tribunals in his native state.