A Response to Jonathan Israel

Samuel Moyn is Professor of History at Columbia University. His forthcoming book is "The Last Utopia: Human Rights in History" published by The Belknap Press of Harvard University Press. It will be available on September 15, 2010 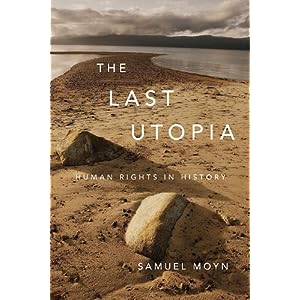 I’ve answered Jonathan Israel’s first reply to my review-essay in the letters column of The Nation (July 5, 2010). Israel says he just has a bug problem, but this second, nuclear response he has chosen suggests otherwise. (It is as long as my original piece—which covered five books.)

Israel has, of course, earned the right to defend his work. I paid homage to his accomplishments and erudition in my published essay, and would like to do so again. As obtuse as I am, I still admire Israel’s writings, in spite of some doubts about their argumentative foundations. And I can fully appreciate why Israel is angry: I suggested that for all his self-understanding as a champion of secularism, he is actually one of the most Christian historians of the day.

After all, in Israel’s history of radical Enlightenment, the fundamentals of the Christian imaginary are all there: the reign of obscurity into which light finally intrudes, the messiah who is rejected by his contemporaries for his unsettling views, the ragtag apostles battling political authority in his name, the early martyrs and eventual victories, the geographical spread, the teleological script of the progress of absolute truth—and the ruthless separation of the sheep from the goats. Amazingly, for a figure for whom knowledge and emancipation are such prominent themes, Israel fails entirely to reflect on the Christian template for his plot. He complains that, in his depiction, radical Enlightenment won only relatively and briefly in the French Revolution’s early years. But for the church historian—even when he is a church historian of secularism—fulfillment of the original promise is always reserved for the present and future. The point of writing church history is not to complicate the past but to show how it might inspire new victories, as Israel clearly wants his project to do.

Israel responds that his portrait of Benedict Spinoza’s genius doesn’t amount to a theory of the Enlightenment’s immaculate conception. Yet Israel’s view of Spinoza’s significance is one according to which, after falsehood’s millennial reign (authority, tradition, and so on), liberating truth finally makes its appearance. That sort of event is not contextualized, let alone explained, by listing other philosophers, especially when the historian wants to reject them in favor of Spinoza anyway, or reduce them to his followers. Israel prefers to see Spinoza announcing a final breakthrough of “absolute” truth, but he has not tried to explain historically how and why such a thing happened. Could it only have happened in a Christian culture (or by means of a Jew in it)? For that matter, why did it happen in a Christian culture (when today, others are routinely chided for being impervious to it so far)? I don’t have the answers to these questions, but Israel doesn’t even broach them.

Whether they were Spinoza’s contemporaries or whether they are living today, those who disagree with Israel’s opinion that Spinoza made the miraculous passage from falsehood to truth are dismissed imperiously as “inconsistent.” Thomas Hobbes should have been Spinoza, Israel contends, and simply failed to realize it. (Oops!) “There was no such thing as a democratic libertarian who was not either a proponent of one-substance philosophy, or, as Priestley claimed about Richard Price, philosophically blatantly inconsistent,” Israel maintains. This is like saying that there were no Jews in history who did not realize that Christianity fulfilled their prophecies, except those who were theologically inconsistent. Is intellectual history about determining what past prophets or philosophers you know were right, and then spending thousands of pages celebrating their followers and vilifying everyone else for joining the wrong church?

If not, it follows that intellectual history shouldn’t chart the logic and rise of a set of principles, just because your favorite thinkers held them and you still stand by them now. In the midst of casting aspersions on me, Israel belittles a number of other actual scholars of eighteenth-century intellectual history. I reported their reservations in my piece, and I don’t think it’s appropriate for me to respond on their behalf. But I will say that Israel’s rhetorical disposition of Anthony LaVopa’s disquieting analysis seems too rapid and cavalier to be remotely adequate. In fact, Israel has not at all accounted for how his “package” or “set” of principles that make up the Enlightenment breviary came to cohere as a checklist and who argued they did so before him: in any case, Spinoza certainly didn’t get them all. Israel says he always notes when various figures diverge from the norm, but where did the norm come from, and what authorizes the historian to treat it as one?

Israel congratulates himself for his “novel and cogent” approach to the relationship between the Enlightenment and revolutionary politics, but he is doing so in advance of any full-blown presentation. This new blast actually contains much more detail than any of Israel’s books so far about how to conceptualize the link. Indeed, given that he is essentially anticipating the next volume of his trilogy, Israel should be given time and space to make his case. His views are clearly in motion: in his response to me, Israel excludes the American Revolution from his teleology, which is a plausible step he took after being called out in the Times Literary Supplement recently for his overreaching earlier affirmation that the Radical Enlightenment was the “chief factor” in the American events. But perhaps even more revision is worthwhile. Where Israel claims to repulse my worries about his emerging theory of how to connect the Enlightenment and the French Revolution, it seems as if he simply repeats the theory I worried about. Or at least, I do not see how his views as he describes them now are any different or richer than the ones I criticized before. For Israel, revolution occurs when simmering discontent meets the right ideas (and when the wrong ideas don’t help). But history concerns a debate about what the right ideas are—and the wrong ones regularly do seem to work.

In closing, let me emphasize—as I did in response to his letter to The Nation’s editor —that for all his other verbiage Israel has completely sidestepped my main concern. Even were the evil of the Counter-Enlightenment extirpated, and “moderate” Enlightenment successfully called out as treason in disguise, it would leave the main reason to study the era still there: the Enlightenment’s multiple possible versions, and therefore its continually problematic character. What is the best way to square religion and secularity? What is the meaning of the democratic ideal? (The difficulty of assuming in advance the meaning of “democracy” in the Enlightenment or later is a central theme in recent historiography that Israel wholly avoids.) How to balance rights against each other—if rights are the best language in which to express crucial values? What is the role of the modern economy in a society for free and equal people? How to organize the politics of the world? These are all questions that the Enlightenment posed, but did not solve, yet Israel’s approach does nothing to dramatize this most crucial fact about it. Israel is right that the Enlightenment stands at the origin of modernity, but modernity is as much the problem as the solution. I stand by my comment that the Enlightenment is relevant to the present, not only as a promise to fulfill, but also a quandary to solve. That is the reason to study it.

"What is the best way to square religion and secularity?"

This is not a reasonable goal for an historian, but a pressing need for a theologian. It is like asking how to square evolution and the truth of the Bible. Moyn's insistence that such is the purpose of history is itself a falsification of history that wants to be more than apologetics.

I am reminded that in Moyn's original review there was a cryptic denigration of Spinoza's Bible criticism as "sly." Before he straightens out Professor Israel, he should straighten out what that means.