Greg Robinson is Associate Professor of History at the Université du Québec À Montréal. His latest book is "A Tragedy of Democracy: Japanese Confinement in North America" (Columbia, 2009). 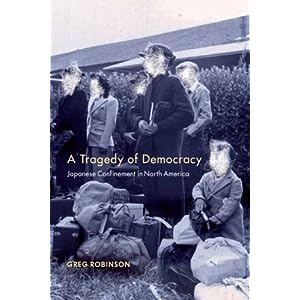 The recent wave of public anger over illegal immigration has given rise to a movement to amend the U.S. Constitution, which guarantees birthright citizenship for all native-born children, in order to strip children of illegal immigrants of U.S. citizenship.  While such projects are not entirely new—California’s governor Pete Wilson proposed such a measure as part of his immigration plan in 1993—for the first time prominent political leaders nationwide have taken up the call.  Notably, both titular chiefs of the GOP in Congress, Senate Minority Leader Mitch McConnell and House Minority Leader John Boehner, have now endorsed reconsidering the principle of birthright citizenship for all Americans.

Our nation’s history demonstrates that birthright citizenship is a precious resource for nonwhite Americans, especially those of Asian ancestry, to protect against racial prejudice.  Until the Second World War most Asian immigrants were excluded from entering the United States.  Those who did come (of whom many would today be deemed “illegal immigrants”) were barred by federal law from naturalization.  Under pressure from white nativists, Western states (including Arizona) enacted discriminatory laws against “aliens ineligible to citizenship” to eliminate their economic competition and stigmatize them as undesirable.  However, in 1898 the U.S. Supreme Court ruled in favor of Wong Kim Ark, a young Chinese American, and thereby enshrined the principle of automatic birthright citizenship for all native-born persons.  American-born citizens of Chinese, Japanese, and other Asian groups, unlike their parents, were able to hold property and vote, and so were less vulnerable to official bias.  In response, frustrated West Coast whites repeatedly attacked the principle of birthright citizenship for children of “ineligible” aliens.

With the coming of World War II, and nationwide anger over Pearl Harbor, the nativists saw their chance.  In spring 1942, after 100,000 Pacific Coast Japanese Americans living across the Pacific Coast were placed in official confinement, the Native Sons of the Golden West, a California nativist fraternity, threw themselves into action.  In May 1942, their 65th Grand Parlor (i.e. convention) officially resolved “first to prosecute, then to carry through to the Supreme Court of the United States, if necessary, a suit challenging the United States citizenship of the Japanese; and second to draft and sponsor an amendment to the Constitution of the United States which shall have for its object the exclusion of all persons of Japanese ancestry from American citizenship.”  U.S. Webb, who had served nine terms as California Attorney General, agreed to argue the case.  The idea of a lawsuit was endorsed by the incumbent Attorney General, future U.S. Chief Justice Earl Warren, whose presence gave the case semiofficial backing.

The Native Sons decided that the best strategy was to challenge voters. On May 7, 1942 their Grand Secretary, John T. Regan, sued to remove ninety named Nisei from the voting rolls, at least for the duration of the war.  The publicly avowed purpose of the lawsuit was to overturn the Wong Kim Ark case and annul the U.S. citizenship of all Asian Americans on racial grounds.

The case of Regan v. King was argued in District Court in June 1942.  U.S. Webb’s argument rested unabashedly on principles of white supremacy.  Webb insisted that, except for American Indians, the country was settled by and for “the Caucasian race”:  The Declaration of Independence was made entirely “by and for white people,” as was the Constitution.  On July 2, 1942, Judge Adolphus St. Sure issued a decision rejecting the Native Sons’ plea on the basis of the Wong Kim Ark precedent.  Webb then filed an appeal to the Ninth Circuit Court of Appeals.  In his brief, he presented his case in starkly racist terms:  “Dishonesty, deceit and hypocrisy are racial characteristics [of all Japanese].”  He claimed that citizenship by any person of Asian ancestry would be “repellant” to the founding fathers.

The Native Sons appeal inspired a team of civil rights organizations to come together in an unprecedented coalition.  First the Japanese American Citizens League (JACL) approved the preparation of an amicus (friend of the court) brief.  However, since JACL lawyers Saburo Kido and Walter Tsukamoto were confined in government camps, far from law offices and libraries, they reached out for help to A.L. Wirin, a lawyer from the American Civil Liberties Union.  On advice from Wirin, they also recruited Hugh MacBeth, a maverick African American attorney from Los Angeles who had taken up the defense of Japanese Americans.  MacBeth in turn secured assistance from the NAACP’s Southern California branch president, Thomas L. Griffith.

The lawyers from the three groups produced a masterful brief.  It made an extended comparison between U.S. Webb’s arguments and Nazi propaganda.  Pointing out that the Native Sons’ case was in fact directed at many groups, including American Indians and Americans of Chinese, Korean, Filipino and East Indian ancestry, the brief concluded that if the lawsuit was successful, the next step of such “Hitlerism” would be a constitutional amendment to deprive blacks of citizenship.

In February 1943, Regan v. King was argued before the Ninth Circuit.  U.S. Webb contended that Wong Kim Ark had been “erroneously decided” and asked that it be reconsidered.  Once Webb finished presenting his case, the seven judges conferred, and before the defense even began Judge Curtis stated, “It is not necessary for the court to hear further argument.  The decision of the lower court is sustained.”  The Native Sons immediately appealed to the U.S. Supreme Court.  However, on May 17, 1943 the High Court refused to review the case.  Regan was dead.

In sum, during 1942-43 California nativists sought to use wartime anti-Japanese public sentiment to abolish universal birthright citizenship.  Their arguments revealed a fundamental motivation of white supremacy, and the ACLU and NAACP recognized the implications.  While today racial equality is widely accepted, and public anxieties about immigration no longer center on Asians, it is worth remembering why the principle of birthright citizenship is valuable and the consequences of abolishing it unpredictable.

When will the American people wake up? The politicians hate the 14th Amendment because it incorporates the Bill of Rights. All ten of them are incorporated. Thus, we have an attempt to repeal the Fourteenth Amendment via a back-channel. It will not be illegal aliens who see their rights taken, since they have few rights anyway. It will be your rights that will be taken away. Once the 14th is gone, the Bill of Rights really don't apply to us as individuals. Then, at that point, your rights are what the politicians claim that they are.

When are the sheeple in this country going to wake up?