Colin Gordon is a University of Iowa history professor and the chairman of the history department. This article originally appeared at the Daily Iowan. 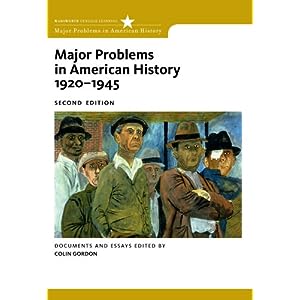 What do historians make of the Tea Party movement?  Certainly, popular outrage at political and economic elites is nothing new.  The Tea Party shares common elements with the populist outbursts of the 1890s and the 1930s—a conviction economic interests corrupt politics, a nostalgia for a “lost” America, a tendency to espouse conspiratorial explanations, a loony racist fringe.

But these similarities are skin-deep.  Earlier variants of populism ultimately believed in the duty and capacity of government to act on behalf of ordinary Americans.  Modern populism—of which the Tea Party is our best recent example—has been hijacked by the right and defined largely by resentment of government.

These anxieties, as historian Sean Wilentz traces in his recent New Yorker piece, mark a reprise of the paranoid anti-communism of the 1950s.  Like members of the John Birch Society then, today’s Tea Partiers have a tendency to see Karl Marx lurking behind even the most prosaic government action—fluoridation of water, the Federal Reserve’s discount rate, a timid gesture at health reform.

And these anxieties, as New York Times columnist Frank Rich and others have argued, mark a last gasp of the backlash against the 1960s social movements.  Tea Partiers are whiter, richer, and more male than the population as a whole.  When they rail about “taking our country back,” it is pretty clear—given the vitriol aimed Obama and Pelosi—whom they blame for taking it from them in the first place.

This is not to say that we should dismiss these anxieties.  The economy is in the tank.  Real wages have stagnated for a generation.  Securities we once relied upon—income stability, home equity, job-based health care and pensions—have all but evaporated.  But the Tea Party, and its opportunistic adoption by Republicans, would only make things worse.

What about the Tea Party’s own historical claims?  Its fetish for the founding fathers is predictable, but unimportant.  There is not a political movement in American history that hasn’t staked this ground.  The problem, as Jill Lepore underscores in her new book, The Whites of Their Eyes: The Tea Party’s Revolution and the Battle over American History, is that the nation’s founding debate “contains an ocean of ideas.  You can fish almost anything out of it.”  How else to explain the simultaneous Jeffersonian pretensions of the Union and the Confederacy, the labor movement and its opponents, civil rights activists, and die-hard segregationists?

More interesting, to my mind, is the Tea Party’s anti-statist fervor.  But is there any substance to the claim that big government has run amok—trampling ever more on personal liberties and reaching ever deeper into the wallets of ordinary Americans?

For starters, this is a peculiar moment in modern American history to raise the “taxed enough already” standard.  The highest marginal income tax rate (35 percent) has not been this low since 1931, and it is down sharply from its Cold War peak of nearly 91 percent.  The median tax rate for a family of four, currently about 6 percent, is at a historical low.  Business tax rates are also at their lowest level in the modern era.

The real complaint, I think, is how little we get in return.  The problem, in other words, is not that the state is too big but that it is that it is not big enough to make a difference in people’s lives.  Americans generally applaud the public programs that are dear to them—all the more so if the way in which they are paid for creates a sense of entitlement (how else do we make sense of the “Keep Your Hands off My Medicare” signs that littered the health-care debate?).

The general resentment is directed not at the idea of affirmative government action, but at its execution—haphazard social programs, episodic bailouts, the vast human and fiscal expense of our recent and current wars.  If our taxes instead underwrote—in real and visible ways—economic security and opportunity for ordinary Americans, the Tea Party would be over pretty quickly.

Yours is one of several pieces about the Tea Party that HNN has run this year. Just as some of HNN”s conservative writers fail to connect with non-conservatives, such as me, some of its non-conservative writers also pass up opportunities for outreach to conservatives (which I once called myself 25 years ago). Don’t overlook the reachable people on the side you are analyzing. Former Rep. Joe Scarborough (R- FL) recently said demagogues on both sides should stop trying to delegitimize presidents from the other side. Given his warning about the dangers of demagoguery, I understand the temptation for scholars to focus on extremist rhetoric. Perhaps that is why you mentioned anti-communism and Marx. But discussing anti-Communism can get tricky. My family once lived under Soviet occupation (I was born in the U.S.) I know from talking to friends and family that there are many reasons why people vote as they do.

As with every political group, some GOP voters are reachable, others pretty closed off. I wouldn’t write off the former by conflating them with the latter. I know a number of immigrants to the U.S. who once lived under Soviet oppression. They aren’t monolithic. Many of these seniors display a Cold War mindset, voting very much with the old home country in mind. It’s mostly about the old homeland, period. But how they react to having once lived under a totalitarian regime varies greatly.

Some of them buy in to the whole Fox Limbaugh “win through demonization” thing, which Daily Kos also sometimes lapses into on the other side. Others decry and are embarrassed by demonization of Democrats and misuse by demagogues of terms such as socialist and communist and fascist. I can reach the latter by arguing that it inherently is un-small-d-democratic to use the tools of authoritariansim (“Big Lies” and demonization) in the marketplace of ideas. I’ve have less success in reaching the former by suggesting that extremism suggests a lack of confidence in what one is selling. Although both these types of anti-Communist voters pull the lever for the GOP, they don’t march in lockstep.

In the real and virtual world, I’ve seen some people who are willing to candidly discuss the failings of their own side instead of acting as cheerleaders or kneejerk defenders of it. Here in HNN’s small universe, Jonathan Dresner is one such among Democrats. I respect him for that and what I sense is an understanding of what it means to say “do the right thing.” I can’t point to such a GOP writer here at the moment, as professor Gary Ostrower hasn’t posted here in years. But in theory, there are writers on both sides who can do that, its not related to ideology. If nothing else, it is a smart tactical move, as it demonstrates confidence in one’s ideological stance, much more so than the Fox and Limbaugh attack shtick.

Beyond that, if you think about the Fox News schtick, a lot of it suggests that Roger Ailes has perceived a respect deficit with some viewers that he is trying to fill. (I don’t see respect as an underlying issue so much with the more fractious Democratic party, which has its own, different issues, however.) There's no reason to let Ailes's Fox define what constitutes respect, however. Have you read Tom Benton’s recent piece in The Chronicle of Higher Education, “Why They Hate Us - Part 2”?
http://chronicle.com/article/Why-Do-They-Hate-Us-Part-2/125066 There are a number of walls between scholars and some of the public. In some cases, engagement might lead to breakthroughs. I would urge scholars of all types to stand up to authoritarian types and attack dogs and demagogues, but not to write off the reachable.

A states rights, small federal government, “leave people alone” minimal regulation position would include advocating against the federal Defense of Marriage Act and for individual states rather than the federal government to set standards relating to gay marriage, reproductive issues, and family relations so as to reflect differing red and blue state standards. The polling I’ve seen suggests that is unlikely to happen. There are people on the right and the left both who support strong regulation or want to use the force of federal law to impose their personal values and standards in areas where the nation is split. They just advocate federal regulatory solutions in different areas of people’s lives.

Some of our current economic problems stem from the fact that we consumed too much (increasingly produced in China and other countries) and saved and produced less and less. David Brooks refers to this as the personal and political economic immorality that began around 1980, when household and government debt levels exloded. On the federal side, only 38% of spending is discretionary and of that, half goes towards defense and homeland security. At some point, people are going to have to decide what they themselves as individuals are willing to do without or what programs from which they benefit should be means tested and reduced. Few people are prepared to do that after decades of magical thinking both about economic forces and about the development and use of American power. As the ever insightful Ta-Nehisi Coates points out at The Atlantic, many Americans seem to have come to expect politicians to tell them, “You are good people. It’s not your fault.” A surprising number even look for absolution from personal responsibility (the granting of which lies at the heart of the Fox News approach to punditry.)

Perhaps, Mr Willis, you might actually consider donating a large brass plaque to your Alma Mater bearing Colin Gordon's astounding words, "The problem...is not that the state is too big but that it is ... not big enough to make a difference in people’s lives." Truly precious.

And if you can get the Dems to keep Nancy Pelosi and get her to hold up the sign in the House....

This is yet another example of why my Alma Mater will never see a penny's worth of support from me.

No, professor, most Americans want the government to stay the Hell out of our faces. We don't want it to be efficient, we want it to let us do it on our own.

This entire essay and the mindset which encouraged it is sad and detached.

Bottom of the barrel indeed.

Yes, it did and that's saying something. Real string of leftoid screeds lately broken only by Burton Folsom's piece.

He may be wrong - though I'd need convincing - but it's at least as plausible as the delusional self-image of Tea Party activists as some sort of cross between founding fathers, frontiersmen and robber barons.

HNN really scraped the bottom of the barrel with this one.

I skimmed this article and noted this quote:

Business tax rates are also at their lowest level in the modern era.

In fact, the U.S. corporate tax rate, which is the fourth highest in the world, according to one report, is close to its all-time high, and has been rising since it was introduced.

Here is a time-line: