Comparing the Modern Tea Party to the Original

Barbara Smith is the author of "The Freedoms We Lost: Consent and Resistance in Revolutionary America," just issued by The New Press. 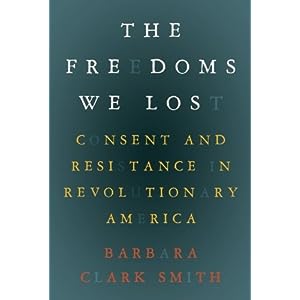 In light of the recent anniversary of the original Tea Party, shouldn’t we consult history to clarify what the Boston brouhaha of 1773 was really about? Here are some things we would do well to remember today:

Viewed accurately, the original Patriots would sadly disappoint today’s Tea Party activists, who promote a far different political philosophy. Of course no one today needs to agree with eighteenth-century ideas, and we know that the Patriots had their profound flaws. But we must object when present-day interests sidestep good-faith discussion of the merits of their position by misappropriating the founding generation. The principles of today’s Tea Partiers may (or may not) be correct, but they cannot establish it through sleight of hand, blithely invoking the founders while ignoring those founders’ ideas. The rest of America should not be intimidated by unfounded claims that Tea Partiers are the “real America” or that their values are the ones that originally won American freedom. Those claims fly in the face of history, and they contribute little to our ability to address the massive problems that we face as a nation.

The basic problem is that most Americans are fat, lazy, and stupid. Simple sound bites are made for simple minds. Thus you end up with the Tea Party.