Anti-Union Measures About Power, Not Money

Melvyn Dubofsky is Distinguished Professor of History & Sociology Emeritus at SUNY Binghampton. He is the author of "We Shall Be All: A History of the Industrial Workers of the World," "Industrialism and the American Worker, 1865-1920," among others, and co-author of "Labor in America: A History" with Foster Rhea Dulles. 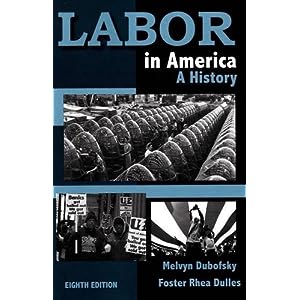 The battle that is currently being waged in four Midwestern states—Wisconsin, Ohio, Indiana, and Michigan—by Republicans against public employees, their unions, and their Democratic supporters is not about state budgetary deficits or workers’ wages and benefits.  It concerns power, whether employees have voice at work for the labor that they perform and whether the Democratic Party can continue to rely on what has been for the past seventy-five years its most reliable source of financial support and its most effective means for turning out voters.  It is part of a struggle that has been waged in this nation for far more than a century.

Today that struggle focuses on public employees because private-sector management has won the long war between management and labor.  Fewer than seven percent of workers in the private sector belong to unions.  When unions reached their peak power and density in 1951-52, fully one-third of the non-agricultural labor force was unionized, and in such key economic sectors as automobile, steel, rubber, and transport, workers enjoyed union-shop contracts that required all employees to become union members or lose their jobs.  In the building and construction trades, closed shops in which contractors could employ only union members prevailed (in the waterfront and maritime trades employers obtained their workers from union hiring halls).  Two books written by the economist John Kenneth Galbraith—American Capitalism (1950) and The New Industrial State (1967)—captured the relationship between corporations and unions in the 1950s and 1960s.  Big corporations and big unions counterbalanced each other and provided workers with rising real wages, generous health insurance, defined-benefit pensions, and voice at work, transforming employees into middle-class consumers in the marketplace although they remained working-class in the workplace.  The equally large corporations that remained union-free did so, as Sandy Jacoby showed in Modern Manors, by offering their employees terms comparable to those provided by unionized enterprises.

The truce between management and unions proved an exceptional interlude in the long war that preceded it and in the protracted campaign that followed it.  From the founding of the modern labor movement in the late nineteenth century until World War II and its aftermath, labor and management waged persistent and sometimes bloody battle.  Prior to the Great Depression and the New Deal, unions rarely represented more than ten percent of the non-agricultural labor force, the vast majority of union members were highly skilled white men, and the mass-production and public sectors of the economy remained union-free.  During World War I union membership more than doubled but by the end of the 1920s, an employer anti-union counter-attack reduced union density to less than ten percent and insured that mass-production industry remained union-free.

That is the world that Governor Scott Walker and his allies want to restore in the public sector.  Before last November’s election, public employees had achieved what private sector workers won a half-century earlier.  They built union density to 35 percent nationally and 90 percent and more in states like Wisconsin, where the first state law in the 1950s recognized the right of public employees to unionize and to bargain collectively.  From the 1950s into the mid-1970s, additional states and the federal government enacted comparable laws.  Nearly everywhere outside the South, the Plains states, and the Mountain states, public employees won the right to unionize and to bargain collectively.  More public employees than private-sector workers are now union members.  Where once the United Automobile Workers, the United Steelworkers, and the Teamsters were the largest unions in the nation, today the National Education Association and the American Federation of Teachers together form the largest union in the nation with the American Federation of State, Municipal, and County Employees not far behind.  Public employees enjoy compensation, benefits, and voice at work comparable to what private-sector unions won in the past.  Public employee unions finance Democratic party election campaigns and turn out voters as private sector unions once did.  That is why Walker and his allies chose to eliminate the economic and political power exercised by public employee unions.

Wisconsin’s labor law reforms recreate for public employees the labor relations regime that private employers enjoyed before the New Deal and have since largely restored.  They dilute union recognition, impair collective bargaining, and silence voice at work.  They reclaim labor law as it existed before the New Deal, when employers had the right to hire employees regardless of union membership (the open shop), determined whom to bargain with, and refused to check-off union dues from wages.  Not only do the Wisconsin reforms provide that employees who benefit from union bargaining need not share in the cost of union representation (dues), they institute annual recertification elections that require a majority of employees, not actual voters, to choose union representation.  They turn union officers into perpetual campaigners and set a higher bar for victory than is common to our political elections.  Denying the union the right to check-off dues from payroll undermines union power.  If a union must bargain for all employees, inactive members have little reason to pay dues.  Even if a majority of employees accede to paying dues voluntarily, consider the time, labor, and money that a union must dedicate to dues collection.  Such a requirement has one aim:  to reduce union membership, lower union income, and weaken the ability of public employee unions to support the Democratic party.

None of the laws introduced in Wisconsin, Ohio, Indiana, or Michigan affect current budget deficits.  Public employees pay state and local taxes and understand the connection between wages, benefits, and taxes.  Public employee unions, like private-sector unions, prefer not to put employers out of business through extravagant demands.  Since the onset of the global financial crisis, public employees have tolerated salary freezes, involuntary furloughs, and, as in the current Wisconsin case, additional personal contributions to their health and retirement benefits at a cost of substantially reduced take-home pay.  Laws such as Wisconsin’s will not alleviate budgetary deficits, but they will weaken public employee unionism and Democratic political influence.

Will Republicans succeed as well as corporate managers in eliminating union power?  Walker in Wisconsin and Republicans in other states have stirred a hornets’ nest of opposition among public employees, private-sector union members, and their many allies.  One must wonder, however, how durable such support will be among non-union citizens when even Democratic governors stress that state budgets have been unbalanced by exorbitant public employee salaries and benefits, and when putative independent voters are barraged persistently with news that unless public employees sacrifice like their private-sector counterparts, deficits will rise further, governmental bankruptcies loom, and doomsday nears.