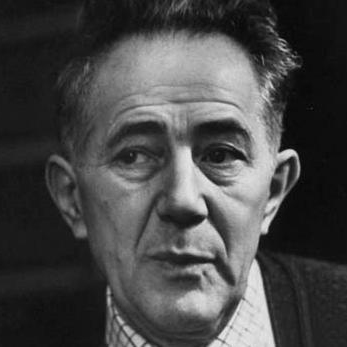 “I just talked to a ghost who’s haunting China.”

“Milovan Djilas. He wrote a book that played a crucial role in destroying the Soviet Union -- The New Class. I think it will eventually do the same thing to the People's Republic of China.”

“No doubt you’ve read about the huge scandal surrounding the corrupt rule of the of the Chinese provincial boss, Bo Xilai, and his even more corrupt wife -- including the murder of the British businessman, Neil Heywood. The whole world is now aware that what Djilas wrote about the Soviet Union -- the blather about revolutionary heroism -- was a cover for a new ruling class to seize power and exploit and dominate the people more ruthlessly than the capitalists ever dreamt of doing.”

“When did Djilas write this book?”

“It was the publishing sensation of 1957. Djilas had been the right hand man of the Yugoslav communist leader, Marshal Joseph Broz Tito. He sent Djilas to Moscow in 1948 to tell Josef Stalin that Yugoslavia wanted to pursue an independent foreign policy. They would remain communist in their domestic goals but they did not want to take any more orders from Moscow. Djilas’s conversations with Stalin and other prominent men in the Soviet hierarchy planted grave doubts in his mind about the whole communist enterprise.”

“Did that get him in trouble with Marshal Tito?”

“Did it ever. When he began voicing these doubts, he was expelled from the Yugoslav Communist party and fired from his government posts. In 1956 he was imprisoned for giving a candid interview about the failings of communism to a French magazine, and writing a revealing article for an American magazine, The New Leader. He defiantly smuggled a copy of The New Class out of his prison and friends sent it publishers in the free world.”

“The book was banned and denounced in every communist country in the world, including China. Djilas was put on trial for ‘being hostile to the people and state of Yugoslavia.’ Not in the least intimidated, he smuggled out of prison another sensational book, Conversations with Stalin. He called the Soviet dictator the greatest criminal in history. That earned him another five years on his prison sentence.”

“Did anyone try to help him?”

“A writer’s organization, International PEN, which opposes censorship anywhere in the world, launched a crusade on his behalf. The American PEN Center was especially active. They bombarded the U.S. State Department with letters, asking they how they could maintain diplomatic relations with Tito without protesting Djilas’s treatment.”

“It worked amazingly well. Yugoslavia was receiving billions of dollars in American aid. We hoped other communist countries would imitate their example and break away from Moscow. Tito soon felt the heat PEN generated in Washington D.C. He commuted the last two years of Djilas’ sentence and permitted him to leave the country. Princeton made him a visiting professor. He was one of the most popular lecturers on the campus.”

“Did he stay in America?”

“He decided to return to Belgrade. He thought he could be a more effective writer living there. If he stayed in America, he would look like he was working for the State Department or the CIA. For the next decade he wrote a wide range of books on politics. But Russia remained a central interest. In 1988, when Mikhail Gorbachev announced reforms of the faltering Soviet state, Djilas promptly predicted failure. Reforms would not work without ‘revamping the political profile of Soviet society.’”

“What did he mean by that?”

“He meant Gorbachev would have to give up communist rule. He would have to dismantle the new class. Djilas was right, of course. Soon Communist regimes in Eastern Europe were in upheaval. Then came the Soviet Union’s collapse, confirming Djilas as a prophet with a rare gift for predicting the future.”

“He’s predicting the same fate for the People's Republic of China?”

“Unquestionably. The leaders of the Chinese Communist Party are a new class with far more corrupt wealth and garish luxury than even the leaders of the Soviet Union. The number of people caught embezzling more than one million yuan -- that’s $146,000 U.S. -- has leaped 19 percent in a single recent year. The BBC’s Beijing correspondant reports widespread anger at the ostentatious lifestyle of too many Communist Party officials, particularly bosses of state-owned companies. A survey by China Daily revealed that 60 percent of those queried thought corruption was going more damage to China’s reputation than shoddy products and industrial pollution. A study by the Carnegie Corporation estimates the cost of corruption to be $86 billion a year.”

“Did Mr. Djilas suggest a timetable for the end of China’s new class?”